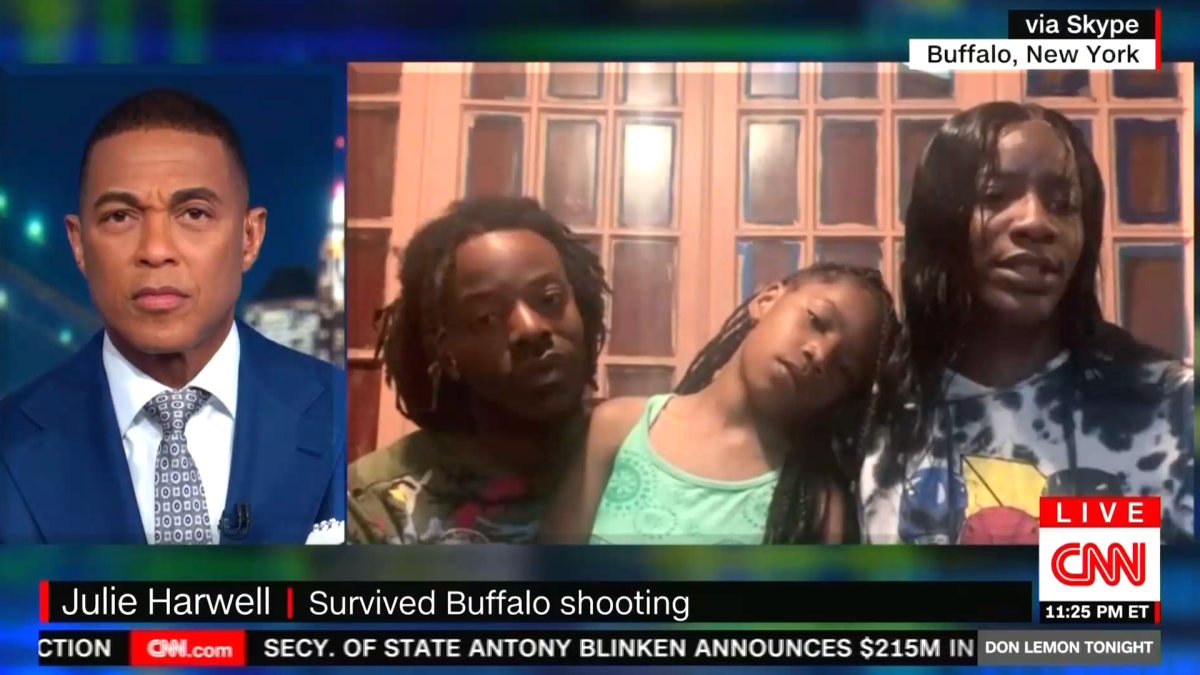 Don Lemon welcomed a brave little guest to Don Lemon Tonight, Wednesday. London Thomas, along with her father Lamont Thomas and mother Julie Harwood, appeared from Buffalo, New York, to speak about their harrowing experience when a gunman opened fire at Tops supermarket on Saturday, killing 10 in a racially motivated attack.

Julie was on one side of the store, while Lamont and London were on the other, grabbing cake mix for Julie’s birthday when the gunman attacked. Lamont and London hid in a milk cooler, but they didn’t know what was happening with Julie.

“London, what were you thinking as all of this was going on?” Lemon asked. “I mean, your dad said he had his hand over your mouth, he was trying to shield you. Were you scared? What were you thinking?” “I wasn’t scared,” the 8-year-old replied. “I was just scared for my mom.”

“She was crying, but she was crying because she thought that her mom was out there,” Lamont said. Lamont went on to say that London asked why all the shots were being fired, before adding, “Only good thing is that she never got to walk out there and see the carnage, she just was able to hear it.”

As for Julie, the shooter got close to her, but she escaped unscathed. But even when the shooting had come to an end and the police had apprehended the shooter, Julie still didn’t know if her family was okay for about 20 minutes.

“I’m frantic because I’m not even knowing that the killer is, like, two feet away from me getting arrested,” Julie said. “I still was oblivious because I did not know if they were safe or not. So I was just going crazy basically. I couldn’t even think. No one would tell me anything.”

The family was eventually reunited, and though London wasn’t much for words, she was happy her mother was unharmed.

“When you first saw your mom after this,” Lemon asked, “what was that like for you?” “Great,” London answered calmly. “It was good.”