Innovation and wanderlust have been at Bulova‘s core since the timepiece giant was founded nearly 150 years ago. The US-based watchmaker is behind many horological firsts: It was savvy enough to be the first company to nationally advertise on the radio, create the first clock radio, and produce the world’s first television commercial. Bulova cemented its reputation as an industry pioneer with the 1960 launch of the Accutron fully-electric wristwatch, which kept time with unparalleled accuracy. This scientific advancement was so impressive that space agencies would later use Accutron technology in the instrument panels and timepieces on satellites—no big woop.

Back on earth, travel has always been at the heart of the brand. Immediately after a historic nonstop transatlantic flight, Bulova released a limited 5,000 Lone Eagle watches in homage to the event. Perhaps it’s no surprise that Bulova’s latest release, the Wilton GMT, marries the heart of a journeyman with the brain of a scientist.

Simply put, the Wilton GMT is the ultimate traveler’s watch, stunning in its simplicity yet meticulously attuned to the life of a modern jet-setter. It allows its owner to easily set both a “home” and “local” time anywhere in the world, so no matter where your adventures take you, you can instantly check the time zone you’re in and the one you’re coming from (or returning to). To make these distinctions, the Wilton GMT features shrewd design flourishes built around a bi-color outer ring on its face, a 24-hour scale, and AM-PM markings for the “home” mode. Most notably, the watch boasts something called a Miyota 9075 caliber, which gives it a jumping hour hand (among watch aficionados, this is known as a “flyer” or “true” GMT complication) that easily adjusts to local time upon landing (just a quick twist of the crown). All these meticulously thought out details allow the watch to transmit so much information without any hassle. 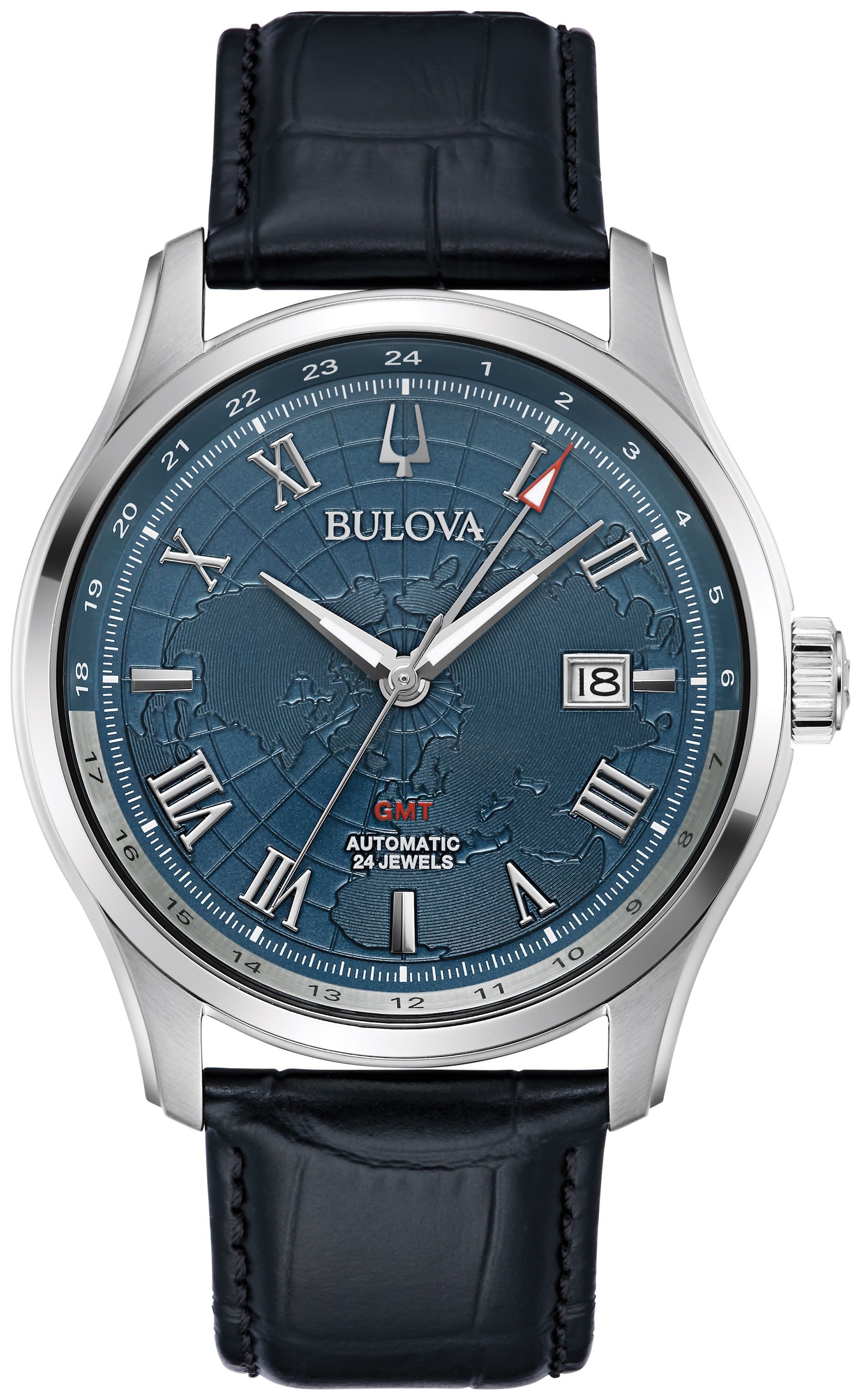 As expected, the Wilson GMT is also packed with the luxurious hallmarks we’ve come to expect from the brand, among them, a four-hand dial, 24-jewel automatic movement, a stainless steel case topped with anti-reflective domed sapphire crystal, and a black embossed alligator leather strap. It’s technologically advanced, stylish, elegant, and a relative bargain in the world of luxury watches—the whole shebang costs less than $900.

The Wilton GMT just the latest example of Bulova creating a stunning timepiece that also packs a mechanical punch. The brand has been at it since 1875, delivering everything from the classic Chronograph to the iconic vintage-inspired Devil Diver, which is equipped with water resistance up to 666 feet, a bold orange face, and a black rubber strap. Somewhere in the middle lies the Marine Star: A combination of both aesthetics, it features performance-driven details like the 21-jewel, 3-hand automatic movement, and water resistance, but is housed in a more traditional design. 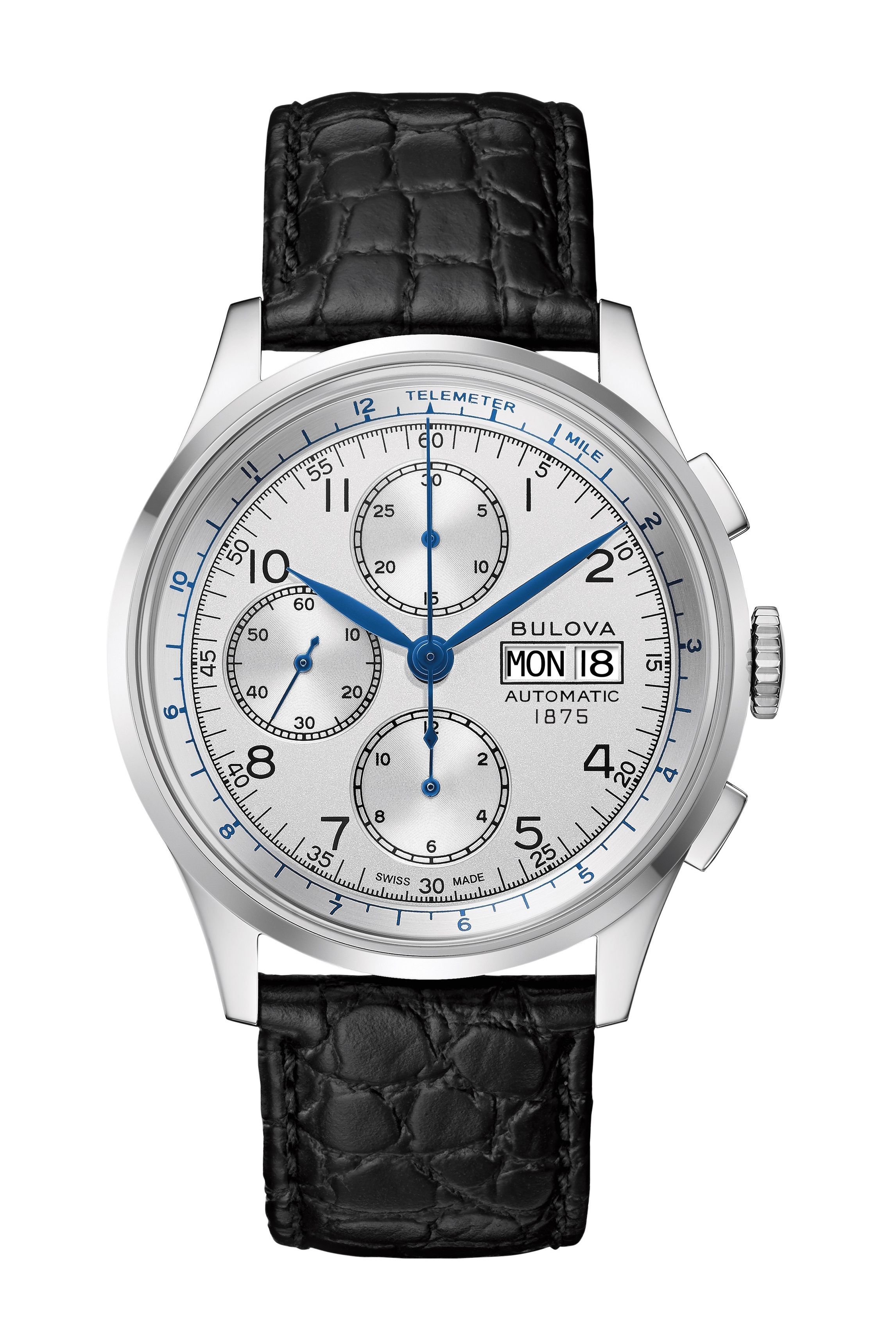 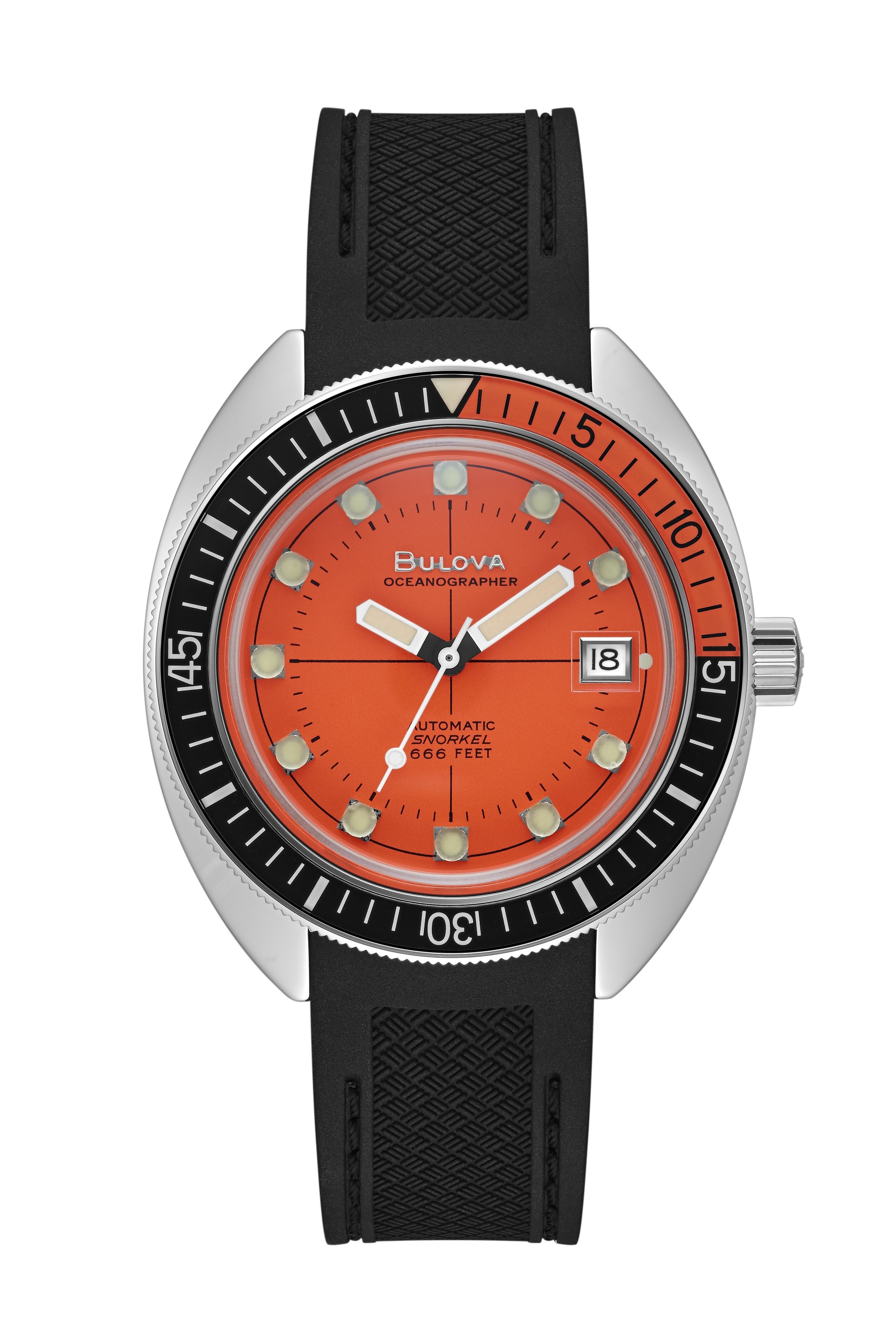 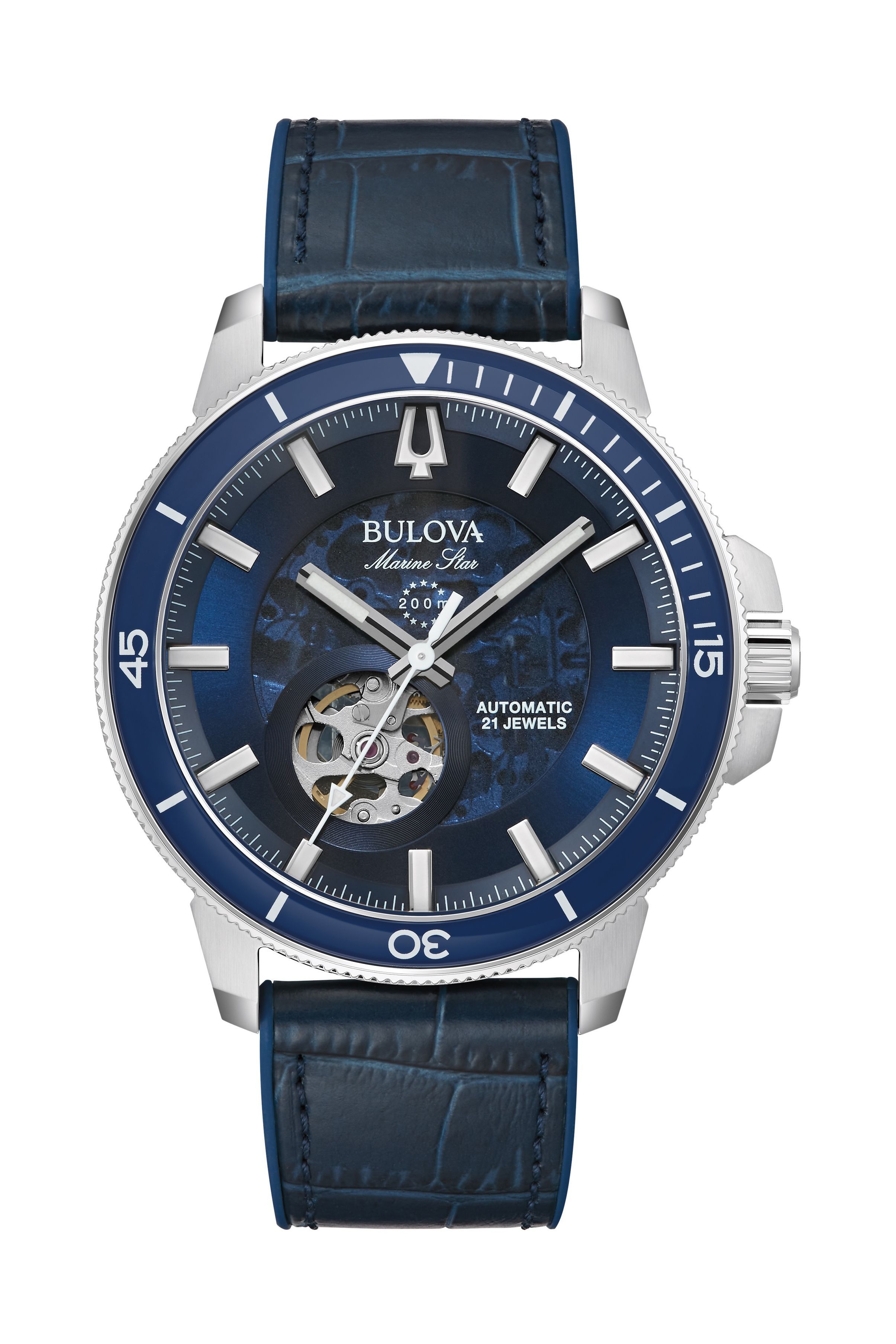 Thanks to its vast appeal to a variety of aesthetics, unmatched mechanical savvy, and rich history, Bulova has continued to make technical strides while staying true to the beautiful craft of watchmaking. The brand reminds us that what makes the practice so damn cool in the first place is an obsession with technical precision and innovation. Watchmaking is about craftsmanship, travel, and, if you want to get existential, the ephemerality of life and the importance of living in the moment. All of these magical wonders are, of course, packed into Bulova’s latest release, a world unto itself living on your wrist. But best of all? It looks cool as hell. Can’t beat that, no matter which time zone you’re in.