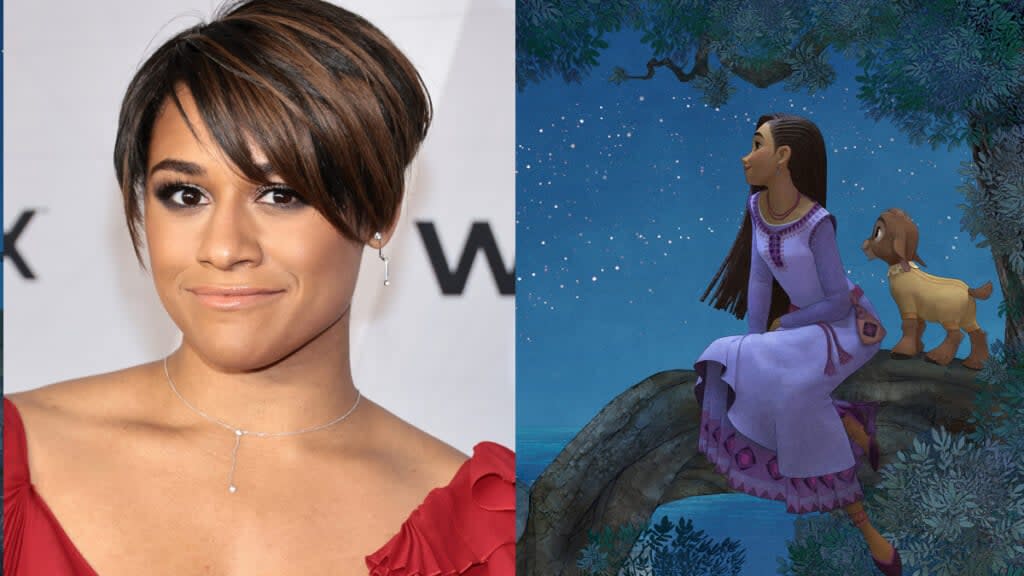 As part of the D23 Expo, Walt Disney Animation Studios announced their 2023 feature, one that is meant to draw from the rich history of the studio’s 100 years – “Wish.” Directed by “Frozen” filmmaker Chris Buck and Fawn Veerasunthorn, the musical is set in a mythical fairy tale kingdom called Rosas, where a young woman named Asha (voiced by recent Oscar-winner Ariana DeBose) makes a wish to save her land from an unspeakable evil. The story is inspired by the iconic wishing star from the Disney logo.

Buck and Veerasunthorn were on hand at D23 on Friday to explain the basic premise of “Wish,” which has all the hallmarks of a Disney fairytale – a selfless hero, a terrifying villain and a talking goat (voiced by Disney good luck charm Alan Tudyk). But what sets the movie apart is its look.

“Blending this beautiful, timeless watercolor style with 3D animation, ‘Wish’ has a look and feel all its own, unlike anything Disney Animation has created,” Buck said. “Soaring through the city, the Kingdom of Rosas embodies the classic and elegance, with a new sense of spirit. We can’t wait to create a world full of color, charm and incredible characters.”

Also Read:
‘Inside Out’ Sequel Set by Pixar for June 2024

The traditional animation elements were enough for Disney to start a small incubator for traditional, hand-drawn animators at the studio, which is amazing because the last hand-drawn feature the studio made was 2011’s “Winnie the Pooh.”

There really wasn’t much else in terms of specifics during the panel, although it was closed out by DeBose coming on stage to sing an original song from the movie, written by Julia Michaels (who’s written hit songs for the likes of Justin Bieber and Shawn Mendes). The song, titled “More of Us,” is a classic Disney “I want” song. As glittery pieces of paper rained down from the ceiling, DeBose belted out another classic Disney ballad.

Time and time again it was mentioned that the movie was specifically designed for the movie’s 100th anniversary and Buck alluded to the movie being positively littered with inside jokes and references to the studio’s animated history. “This will take the concept of Easter Eggs to a whole new level,” Buck teased. Color us intrigued.

“Wish” will be released next year.