Even if you’re not a Tennis Guy™️, you know the names Fred Perry, René Lacoste, and Stan Smith—ubiquitous not only because of their on-court prowess, but because you’d be hard pressed not to run into someone wearing their name or logo (or in Smith’s case, face) on their clothing and shoes.

That’s not been the case for Arthur Ashe, the first Black man to win the U.S. Open and Wimbledon. A household name, he is. And personal style? The guy was dripping in it. So it’s wild to think 50 years after that US Open win, we’re here today talking about the launch of a signature lifestyle brand in his name, instead of a revival or a revamp. Better late than never, though, thanks to a team-up between Rowing Blazers’ Jack Carlson, KITH alum Karl-Raphael Blanchard, The Arthur Ashe estate, and Jeanne Moutoussamy-Ashe. 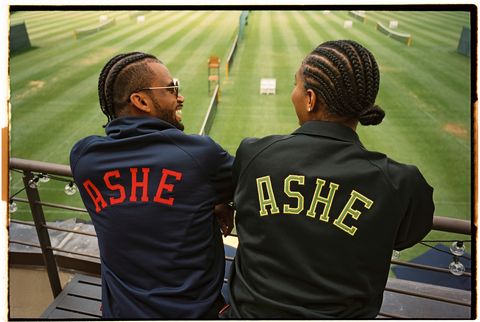 The Arthur Ashe Brand, which makes its debut Friday, August 26, is suffused with the sort of ‘70s nostalgia you’re seeing everywhere in menswear right now. Modern touches like minimalist logos and cheetah print are married with the inseam length and funky typography of the disco era. The clothes and accessories are inspired by Ashe’s own choices on and off the court, including a reproduction of the warm-up suit he wore while hoisting the trophy at Wimbledon in ‘75. 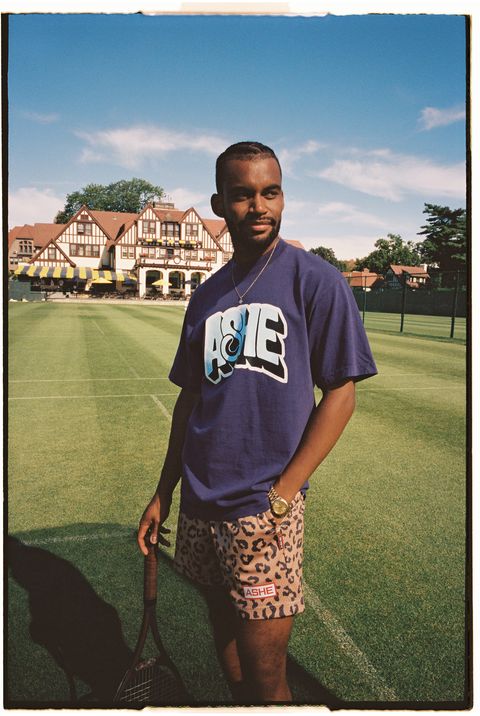 There’s an air of rebellion threaded through the brand’s aesthetic, too. And it’s no surprise, considering the edge Carlson and co. have lent to menswear staples like the rugby shirt and corduroy trouser with Rowing Blazers. With Arthur Ashe, you get classic prep silhouettes unforeign to the court and the country club, but with just enough punk that you wouldn’t be shocked to see some of the line draped upon a skater posted up in the parking lot, joint-in-hand. 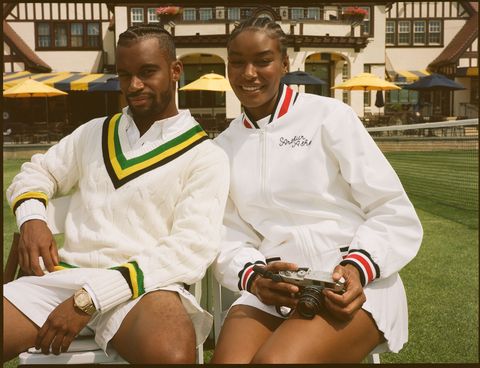 The first run of products—which range from $25 to $265—will be available online at Arthur Ashe and Rowing Blazers, as well as at two pop-up shops: one at 2 Rivington Street in New York City, and the other on the grounds of the U.S. Open in the shadow of—you guessed it, Arthur Ashe Stadium.

Ben Boskovich is the Deputy Editor of Esquire, where he also writes about style and golf. He previously served as the site’s Managing Editor and prior to joining Hearst Digital Media, he was the Social Media Editor at Entertainment Weekly.