Schiaparelli’s gilded “opera gloves.” Loewe’s armor-like body sculpting. Marine Serre’s head-to-toe catsuits. The new mode of dressing takes inspiration from bracing for the apocalypse, but with a stronger, sexier MO than your typical Blade Runner fare. It’s glamorous, dripping in gold and rife with baroque patterns. Perhaps the rise of this aesthetic stems from our obsession with dystopian series like Station Eleven. Or maybe it’s the idea that we’re literally shielding ourselves in a new way, after years of collective suffering caused by the pandemic and the climate crisis. 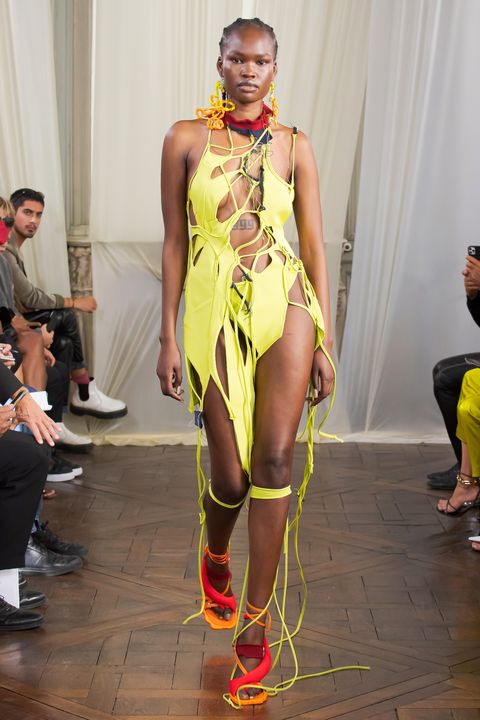 A spring 2022 look from Ottolinger.

COURTESY OF THE DESIGNER

The concept also owes a debt to TikTok, where the #avantapocalypse tag has over 500K views. Participants are deconstructing, cutting, repurposing, and upcycling pieces they already have in their wardrobes, putting an emphasis on the body with skin-revealing cutouts and curve-hugging fabrics. When apocalyptic-leaning styles originally hit it big in the ‘70s and ‘80s, “people were responding to economic instability and wanting to rebel against the conventional values of older generations,” explains fashion historian Caroline Elenowitz-Hess. The 2022 incarnation is about being covered up, but revealing yourself in a powerful way at the same time. It’s a new form of protection that takes its cues from “dopamine dressing,” body-conscious silhouettes, and maximalism, all of which are on the rise.

“As we have been sheltered for so long, it’s about the feeling of freedom,” says Tiffany Hsu, vice president of womenswear and kidswear fashion buying at Mytheresa. “Women are shopping for items that celebrate their bodies.” Linda Fargo, fashion director of Bergdorf Goodman, concurs: “As we rather literally emerge from the confines of the pandemic and shed our layers, so too the body wants to be revealed and released,” she says. 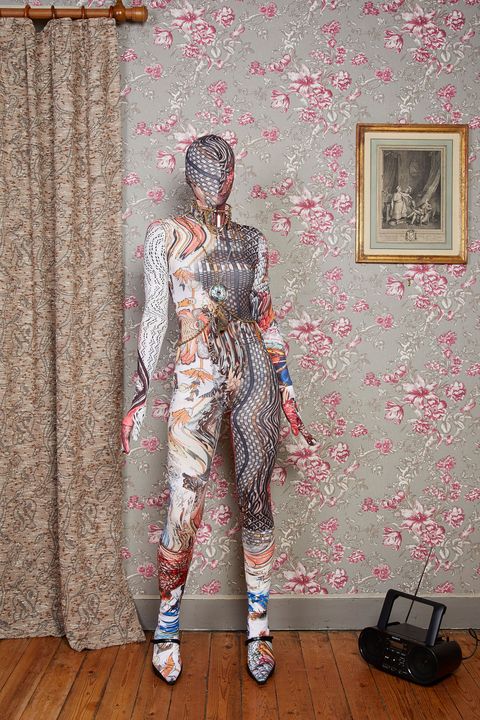 COURTESY OF THE DESIGNER.

The Berlin label Ottolinger incorporated sculptural wire that swept off necklines and torsos into twisted, shredded dresses, evoking glamorous dystopian cocooning, while Elena Velez, who counts Solange, Grimes, and Charli XCX as fans, showed neutral silhouettes with metal elements inspired by “what I like to call ‘aftermath industries,’ where people have had to create during some sort of societal collapse, real or hypothetical.” 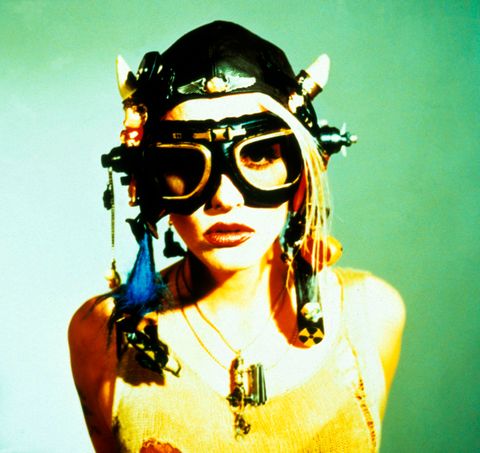 Lori Petty in Tank Girl, one of the blueprints for today’s avant-apocalypse look.

Schiaparelli creative director Daniel Roseberry credited the sci-fi classic Dune as one of the inspirations for his spring 2022 couture show. Models were shrouded in bejeweled arm coverings that were equal parts robotic and protective; their shoulders were wrapped in gold orbital pieces (the designer refers to them as “rings of Saturn”) that would make anyone keep their social distance; and metallic strips engulfed one elegant black dress from collarbone to hem. “I think embracing the body is a subconscious form of liberation,” says Roseberry when asked about his aerodynamic shapes and armor-like bodices. Despite the literal heaviness of the pieces, “there’s a lightness to the way you wear your identity. When I’m in a place of suffering or being upset, it’s because I’m taking myself too seriously.”

This article appears in the May 2022 issue of ELLE.