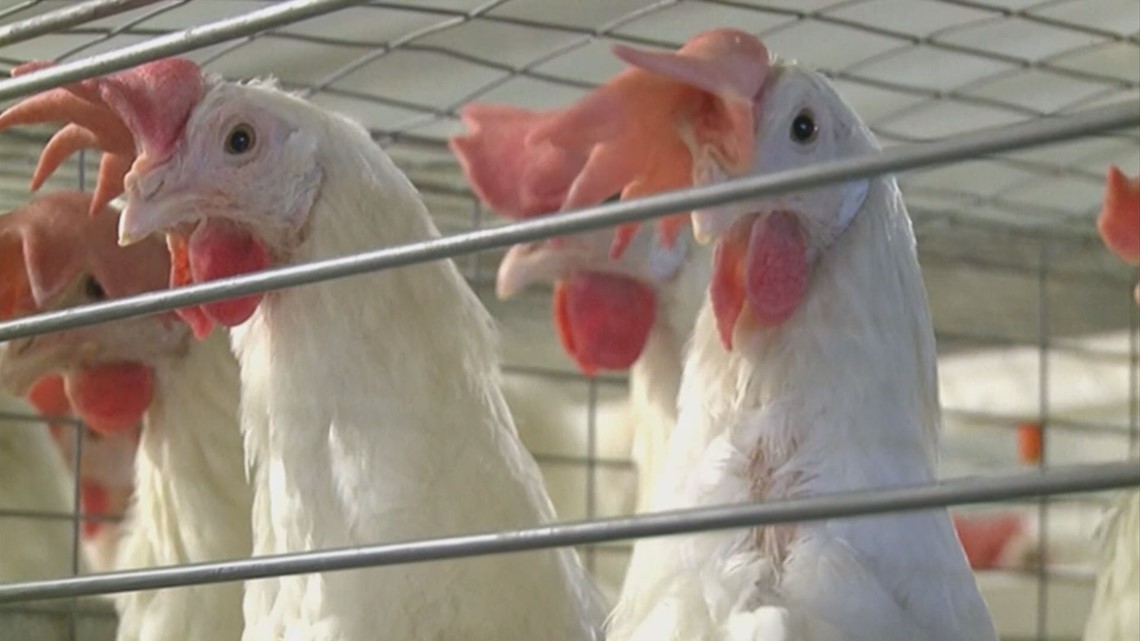 According to the Minnesota Board of Animal Health, H5N1 Highly Pathogenic Avian Influenza was confirmed in poultry flocks in Mower and Meeker counties. Both cases were tested on Friday and confirmed by the U.S. Department of Agriculture’s National Veterinary Services Laboratories in Iowa.

One of the infected flocks was a commercial turkey flock with 289,000 birds in Meeker County and the other was a backyard flock in Mower County that consisted of chickens, ducks and geese, officials say.

“These are the first cases of HPAI in the state of Minnesota since 2015,” Dr. Dale Lauer, Poultry Program Director for the Board, said in a news release. “Poultry producers and backyard flock owners need to be on alert and contact their veterinarian immediately if they see any changes in their flocks. Everyone in poultry facilities needs to follow the site’s biosecurity protocols every time to prevent the spread of disease.”

In 2015, a bird flu outbreak in the United States led to more than 50 million chickens and turkeys being killed, mostly in Minnesota and Iowa.

“Our best hope is that this will simply fly right over us,” University of Minnesota Extension Educator Abby Schuft previously explained to KARE 11. “Especially if the Canadian weather cooperates and those migratory birds move on up and over us and don’t stop and rest.”

On Sunday, the state confirmed more cases of HPAI in a commercial turkey flock of 24,000 in Stearns County. So far, according to the Board of Animal Health, more than 310,000 birds are affected.

Watch the latest local news from the Twin Cities in our YouTube playlist: