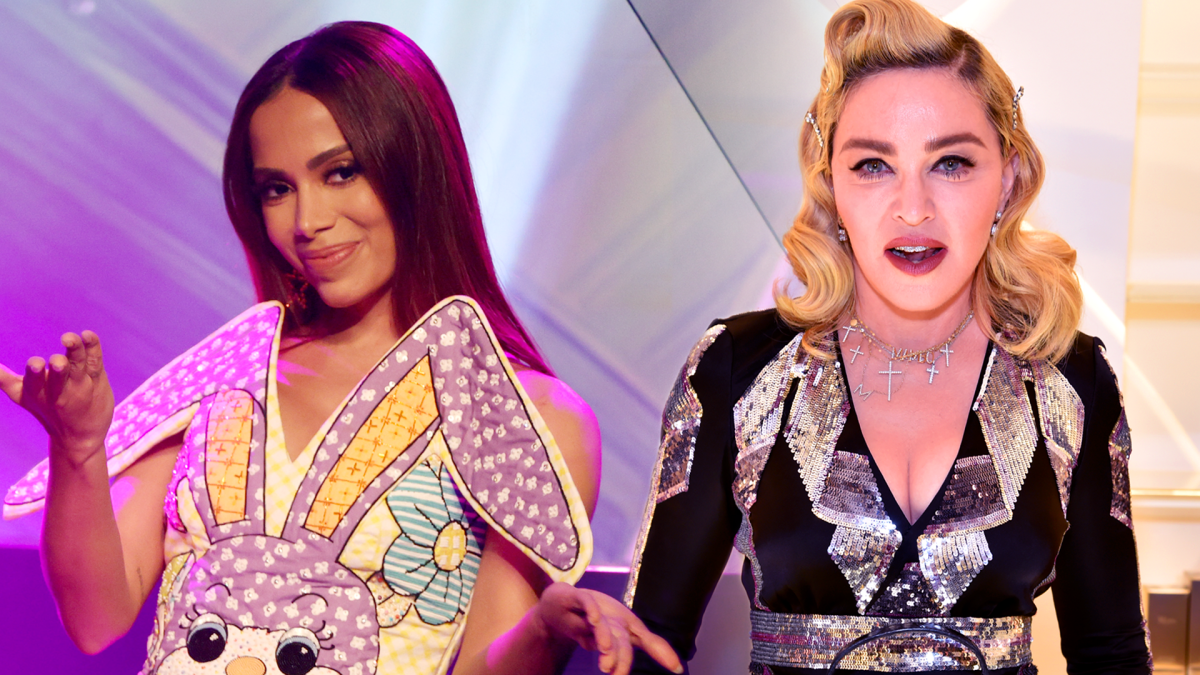 Brazilian pop star Anitta joined Watch What Happens Live With Andy Cohen Sunday, where she spoke about collaborating with Madonna for the 2019 song “Faz Gostoso.” Anitta was so nervous that she had some tummy trouble, and wasn’t too shy to talk about it.

“Whenever we went in the studio — first of all, there is a crazy story about that — I was super nervous to see her, right? I was, like, freaking out at first. I mean, Madonna in the studio. I had work, record. I was freaking out,” Anitta said. “Thank God I got there 20 minutes before her, because I was so nervous, it became crazy diarrhea. You know when you get nervous and your stomach starts…” “It’s called Madonnarrhea,” Cohen cut in. “You get it before you’re seeing Madonna.”

Fortunately for Anitta, and Madonna for that matter, the symptoms passed before Madonna showed up. But Anitta was more than happy to recreate the experience.

“I went to the bathroom. I was like (acting it out) blah blah blah blah blah blah. And thank God she came after so she couldn’t notice that was happening before she was there,” Anitta said. “And then I pretended it was super fine. Oh, super normal scene.”

Luckily for Anitta, she wasn’t confronted with the same digestive issues when meeting her musical idol, Mariah Carey.

“We got a lot of questions wanting to know how it was meeting your biggest idol, Mariah Carey,” Cohen said. “Do you get chills every time she calls you a friend?” “I didn’t get diarrhea, that’s amazing,” Anitta quipped. “But I freaked out, I was frozen, because she was the first singer I’ve ever heard in my life.”

Check out this cringe-worthy injury that still didn’t keep a Naked and Afraid contestant from finishing the challenge: