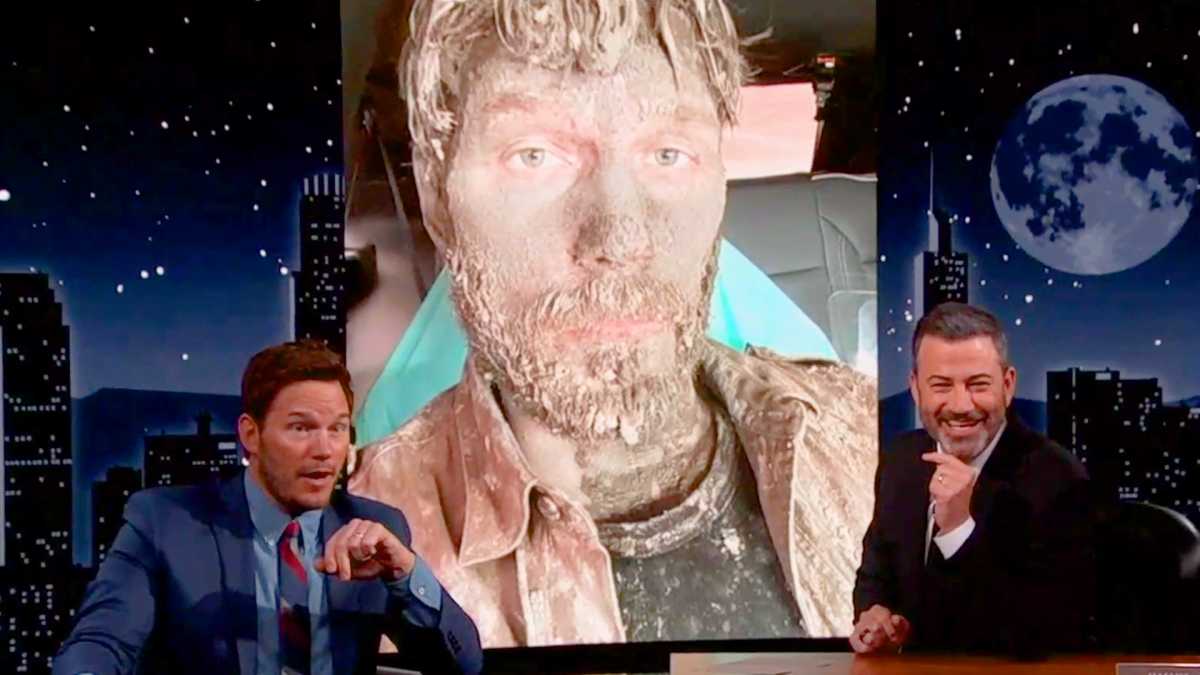 Chris Pratt visited Jimmy Kimmel Live!: NBA Finals Game Night, Wednesday, to promote his new Amazon Prime series The Terminal List. The action star is known for pulling pranks, but the one he pulled while shooting the new series was admittedly “not smart.”

“The last thing we did was me essentially getting buried alive,” Pratt said. “So I’m laying on about a 45-degree angle, buried up to my head in dirt and what they’re going to do is cover me with dirt. I’m breathing through a straw and they use an excavator to dump another big bucket full of dirt on top of me in the shot and I’m supposed to crawl out.”

Pratt thought it would be funny to not move for 30 seconds and then bust out from beneath the mound of dirt. However, he soon learned that the joke was on him.

“What I failed to realize after 30 seconds of not moving thinking it would be funny is that I actually couldn’t move,” Pratt explained. “I could only move my right hand. Took a minute and a half and I finally get out and I cough up dirt.”

While the prank nearly killed him, the actor admitted it made for a heck of a performance. Though, the people in wardrobe were probably not happy with him.

See why Adam Sandler was left ‘bleeding terribly’ after an accident in bed: