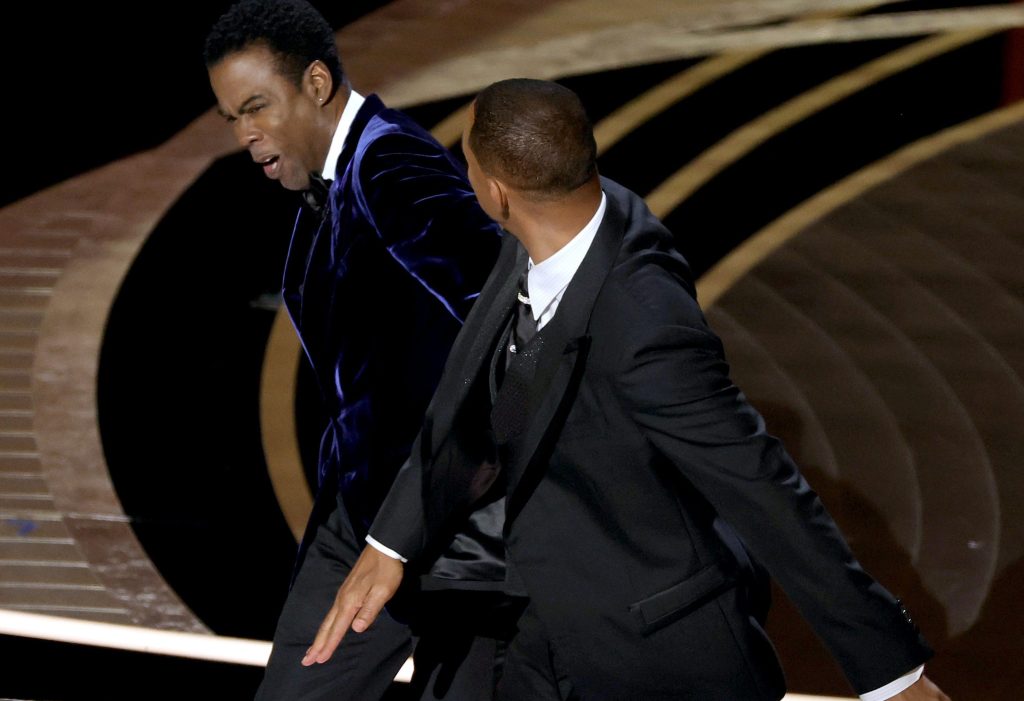 Kenny Rock is weighing in on the incident between his brother Chris Rock and Will Smith at last Sunday’s 94th Academy Awards.

In an interview with The Los Angeles Times published Monday, Kenny, 42, told the outlet how the event — in which the King Richard star confronted Chris Rock onstage after the comedian told a G.I. Jane joke about Smith’s wife Jada Pinkett Smith (who is known to have alopecia), and slapped him — has continued to affect him in the days since.

“It eats at me watching it over and over again because you’ve seen a loved one being attacked and there’s nothing you can do about it,” the actor and entrepreneur told the outlet. He commented that his brother was “no threat” to Smith, who “had no respect” for Rock in that moment and “belittled” him in front of the millions of Oscars viewers (ABC’s broadcast of the Oscars drew in over 16 million viewers, more than last year — but still well below past years).

While Smith addressed the incident both later that evening as he accepted his Oscar for King Richard, and later by apologizing directly to Rock in a social media post, Kenny shared his view that the onstage apology — where he didn’t reference Rock, but instead told the Academy and his fellow nominees that he was sorry — was not sufficient, and affected how he perceives the whole event. “I might have looked at it differently had he initially apologized when he got on the stage and cried and accepted the award, but he didn’t, so, right there that tells me that it is something else,” he said.

The cultural kickback has seen the Academy of Motion Picture Arts & Sciences, initiate a formal review into whether his behavior requires any action on their part, which could possibly have included a suspension of the actor’s Academy membership — except that he already resigned. Smith noted in a statement to the organization that his actions at the Oscars were “shocking, painful and inexcusable” and that he “betrayed” the trust of the Academy. He also apologized to Rock’s family, writing: “The list of those I have hurt is long and includes Chris, his family, many of my dear friends and loved ones, all those in attendance, and global audiences at home.”

But Kenny, who is one of six siblings to Chris Rock, says he does not accept this apology. “I don’t think it was genuine,” he told The L.A. Times. “I think his publicist and the people that work under him probably advised him to do that.”

Kenny also said he would like to see the Academy revoke the Oscar he received that evening for King Richard, and bar him from attending future Oscars ceremonies. He said he also believes that his brother did not know about Pinkett Smith’s alopecia. “The joke was funny,” said Kenny. “It wasn’t hilarious funny, but I know that if he knew that she had alopecia… he wouldn’t have made a joke about that. But he didn’t know.”

Kenny went on to say that Smith “should have been escorted out of there” and that he holds the Academy accountable.

Smith’s mother Carolyn had also briefly shared her view of what happened with her son, telling CNN affiliate WPVI-TV that the slap came as a surprise: “He is a very even, people person. That’s the first time I’ve ever seen him go off. First time in his lifetime… I’ve never seen him do that.”

As the aftermath continues, Netflix has backed out of a project that had been set up with Smith called Fast and Loose, quietly putting the film on the back burner. It is unknown, at this point, whether any additional projects will be affected.