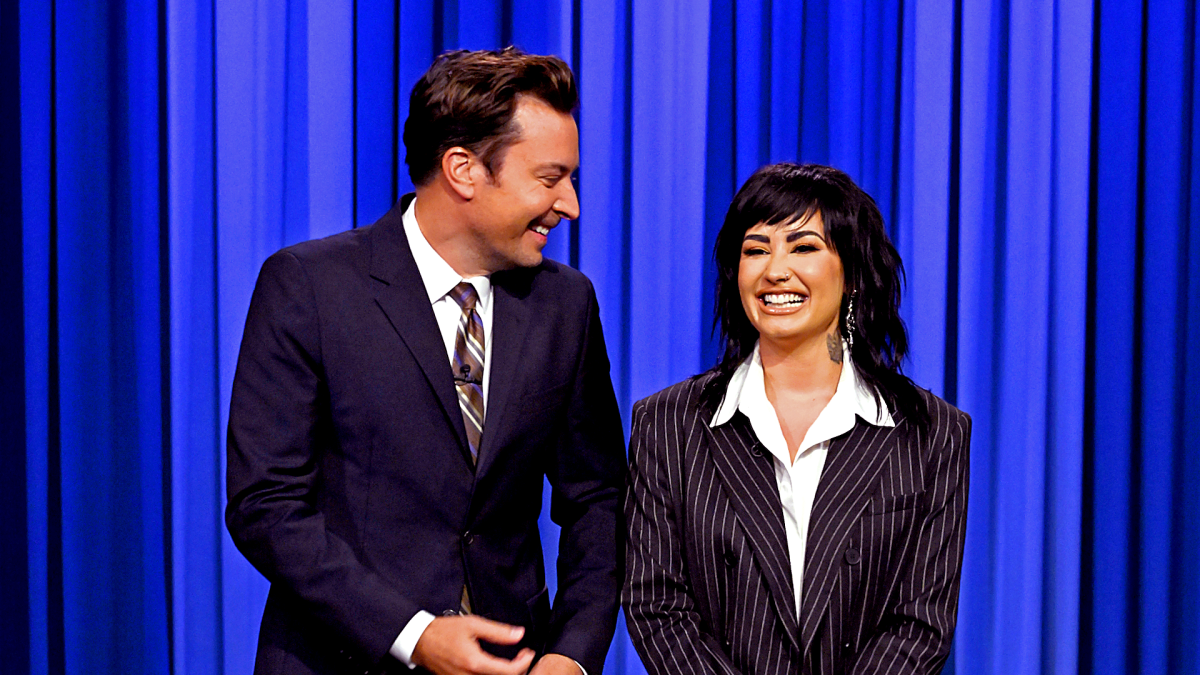 Wednesday marked the second night in row Demi Lovato made an appearance on The Tonight Show Starring Jimmy Fallon, and this time she co-hosted. While the pop star was primarily there to promote her new album, Holy Fvck, she also joined in the usual hosting duties. During the opening monologue she tried a few jokes.

“Some business news: Airbnb wants to stop big gatherings at houses, so they’re rolling out new anti-party technology,” Lovato said. “In a related story, Airbnb just went out of business.”

Lovato also joined Fallon in a hilarious game of Can You Feel It? Both hosts took turns sticking their hands in mystery boxes and guessed what was inside. It was particularly funny when SNL star Kenan Thompson’s head was one of the objects inside the box.

To thank the singer for helping out with co-hosting duties, Fallon gave her a sweatshirt and new guitar to play on her upcoming tour.

See why ‘Deadliest Catch’ captains claim Russia launched a missile over them: