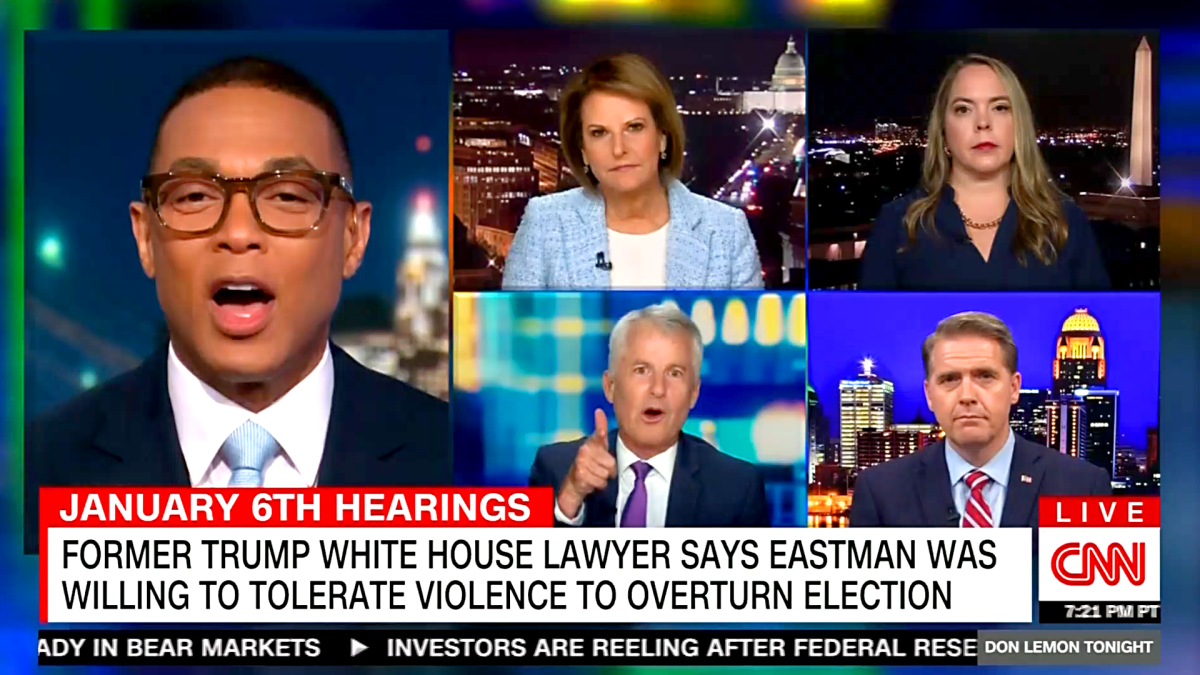 Don Lemon clashed with former CIA official, and CNN contributor, Phil Mudd, on Don Lemon Tonight, Thursday, over whether or not former President Donald Trump knowingly took part in a conspiracy to overturn the election, which would have effectively overthrown American democracy. The argument centered around if the former president actually knew whether or not he had won the election, or if he knew he’d lost but pushed the fraud narrative anyway in an attempt to stay in power. Multiple former White House staffers and campaign staffers have testified to the January 6th Committee that they told Trump that he’d lost the election, and that claims otherwise were false. Mudd doesn’t buy that every advisor told the former president the truth.

Mudd argued that if Trump were to be taken to trial for conspiracy, it would not stick.

In response, Lemon argued that the dozens of lawsuits the former president’s legal team lost while attempting to prove voter fraud should be sufficient evidence that Trump knew he had lost the election.

But Mudd believes that Trump’s former advisors likely told him something different than what they are now telling the January 6th Committee.

Watch the mother of a Patriot Front member arrested ini Idaho say that she’s ‘warning him for years’ that it was trouble: