Torena: I can get killed for telling you this shit!

Detective Hannah: You can get killed walking your doggie! 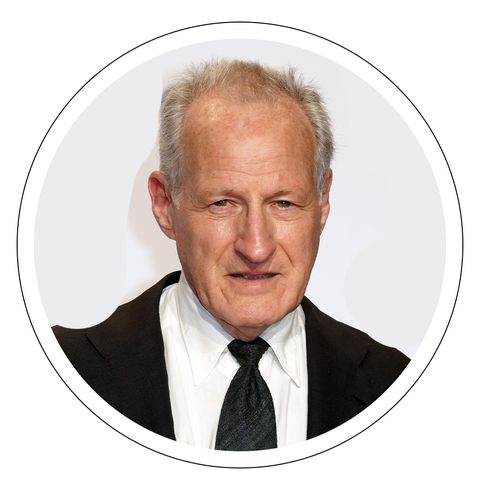 This exchange in Heat between Al Pacino as Vincent Hannah and Torena, an informant played by Tone Loc, almost seems minor, a few throwaway lines. In the context of the entire film, however, which has a healthy dose of macho existentialism, Hannah’s doggie line is practically a mantra, albeit a low key funny one. Camus, but make it comedy.

Heat, Michael Mann’s seminal 1995 movie about detectives and thieves, is remembered for a lot of things. It was the first movie to pair Pacino and De Niro. It inspired the makers of Grand Theft Auto as well as Christopher Nolan. Its epic shootout in downtown LA was so ultra realistic that the part where Val Kilmer swiftly reloads his weapon is shown as a training video for cadets at Fort Bragg. But at its core, it is deeply poetic and practically literary. Even Roger Ebert praises Mann’s writing in his original review of the film.

And so, it’s not completely out of character for Michael Mann, who has the reputation of diving into research for his movies with the intensity of a historian or investigative journalist, to create a sequel to Heat 2 not as a film, but as a novel, out now. He co-wrote it with thriller veteran Meg Gardiner.

The book is both a prequel and a sequel. As it dives into the early life of Neil McCauley (De Niro), we discover how he transformed from a romantic crime man into the stone cold existential thief with no attachments we meet in the beginning of Heat. We see Chris Shiherlis (Val Kilmer) evolve from a Cali boy thief into a criminal mastermind navigating transnational crime syndicates. And we see an always dogged Detective Hannah (Pacino) go after a terrifying villain named Otis Wardell, who could give the bad guys in Silence of the Lambs and Mindhunter universes a run for their fava beans. The book, at 466 pages long, is a hard-boiled, cinematic read that moves as fast as a well-planned heist. If you were obsessed with Heat, you’ll want Heat 2 to last.

We chatted with Mann over Zoom while he was in Italy preparing to shoot Ferrari, his twelfth feature film, which stars Adam Driver as Enzo Ferrari. We talked about the new book, writing, CGI and the importance of a character’s underwear.

Esquire: It’s been 27 years since Heat came out, but my understanding is that you’ve been sitting with these stories for even longer than that.

Michael Mann: For a long time. Both in terms of the origin stories and then where they might go in life. It’s for fundamental reasons for performances, but it’s also just for myself too. I want to build out characters. Full lives. I know what they’re doing when they’re eleven. I know Neil McCauley, the Robert De Niro character, experienced anger and violence as a thirteen or fourteen-year-old that created a disastrously low self-esteem despite his strong ego and fights making him dangerous. Val’s character, Chris Shiherlis, grew up in Paramount, California with no family. A teenage mother. His father died while she was still pregnant. Hannah (Pacino) grew up in Granite City, Illinois, an urban environment that isn’t quite tilting forward into the future. He goes to Vietnam and tries to do law school, which doesn’t work, and he realizes that all he has is who he’s going after. That’s really what he wants to do.

The relationship that McCauley has with a woman and a stepdaughter earlier in his life is not the quality of a man who says have no attachments. In fact he’s quite attached, but that produces the Dinero McCauley that we see in Heat. 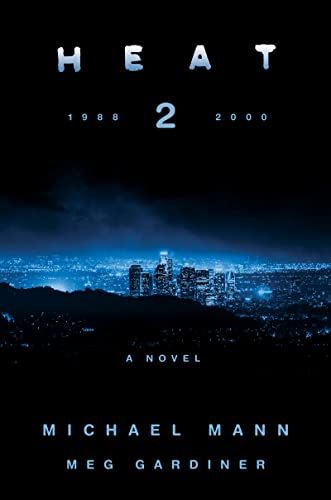 It was really exciting to push the story forward into the future, particularly to have Chris Shiherlis drive us into a tectonic shift in the nature of criminal activity, from local stores to international organized crime. He goes from basically being a 19th century Bandito into exploiting the early dark web. We’re talking free net, around 2000s to 2002, and seeing the possibilities of rapid scalability and total anonymity. The innovation of transnational organized crime. It’s that seismic shift I found fascinating.

Chris Shirhelis (Kilmer) has the biggest character arc in the novel. He sort of becomes self-actualized.

That’s right. The ambition was to actualize him to the same degree that Hannah and Neil McCauley are completely harmonic, unified people. They are unified within themselves and they’re fully conscious. And Chris… was not. On one hand, he’s sophisticated as hell and disciplined when he’s taking scores. When he’s not taking scores, as Charlene, the Ashley Judd character said, “All you are is a child growing older.” He’s got a kind of schizophrenic construction there. He evolves right past that into a very actualized character and carries the story forward.

You’ve mentioned that Heat 2 will ultimately become a movie. Was that always the intention?

No, the idea was to write a novel and make it large and create this whole world with multiple characters and multiple stories. And that’s what always attracted me to the notion of Heat, the movie, was to try and drop an audience into four, five, six, seven, eight lives, and then perceive the world through each of these characters. As you are rotating amongst them it’s that person’s worldview, it’s that person’s idea.

For my sins, I was an English lit major with an ambition to write. Then I discovered cinema in my junior year of college and decided I wanted to be a writer-director. So to me, it’s always been about writing. If I’m directing something, I’m writing cinematically—I’m writing with drama, with casting, with light and color and my directions to actors. The same is true with original screenplays like like Heat or Thief or Last of the Mohicans. So the writing was really primarily with the novel, but the ambition is to make a large scale motion picture.

How far along are you with turning Heat 2 into a movie?

I can’t say! I start shooting Ferrari on Monday. So my focus now is getting to the starting gate in good shape.

Would you ever consider de-aging characters digitally like Martin Scorsese’s The Irishman for the prequel parts of Heat 2 that include the De Niro and Pacino characters?

I don’t have any judgments about any other director, especially a friend who I admire like Marty. We’ve worked together in the past on Aviator, which I produced. But it’s not for me. I just don’t don’t connect with heavy prosthetics or visual effect-laden things. I’d also have a problem with the movement of the actors. I mean, I’m 79 and I don’t move the way I did when I was 39! I’m good. But not, you know, a teenager.

Human beings are extremely intelligent animals, but we are animals and we have all kinds of sensibilities and yardsticks in the amygdala that tell us this is true or this is not true, this is good or this is bad. I think people feel a lack of authenticity even though they don’t know why, and the net result is that they do not emotionally connect to the movie. Unless you’re doing some great comic book movies like some of the Marvel stuff—which I think is really good—you can’t connect down that channel that opens up. When you’re emotionally immersed in a character in a story, your hope is the movie doesn’t end soon. That’s why I wouldn’t consider that kind of technique.

You wrote this book with Meg Gardiner. What was the process of writing a novel with another author?

Well, it was modeled on the way my friend Eric Roth and I co-wrote The Insider and Ali. It’s complementary. It’s not like you write the odd-numbered words and I’ll write all the even-numbered words.

Meg was fantastic and basically said, “Drop me in the deep end of the pool,” which I did in terms of immersing her in all material that I have–I never throw anything away. So some of the most personal character stuff that I did with Al and Bob and Val—I have all those transcriptions and videos. So I immersed her into these characters so that she could hear their voices in her head. Then I brought her to LA to introduce her to cops I knew and explored the Wardell world that ended up in the sequel portion of the book. But after that, I took the lead in structuring the story. There was a sixty page document that was just the architecture of the story. Every single part of it, every scene, every beat. We built it as something very cinematic. Not visually cinematic, but like a motion picture narrative—having that drive. That was the ambition early on. Then we did alternating chapters, swayed them back and forth, and hit it up top to give it a unified voice.

I’m writing cinematically—I’m writing with drama, with casting, with light and color.

The clothes of characters in a Michael Mann movie are so crucial to the character. Can you tell me about your actors being conscious of their characters’ style choices, from their suits to their socks and underwear?

I use that example because I remember that you obtained John Dillinger’s actual socks and underwear for Public Enemies.

That was a fluke! We know Dillinger had a shootout with the FBI at the Bohemian Lodge. So we called them and we found out that they didn’t modernize anything. They didn’t patch up the bullet holes. They even have the suitcase that he left with Dillinger’s clothes. So we get it sent to LA. Now as a man, you know you go to a store and you buy some socks. Well, you’re expressing what you want. It’s really a projection of your character, of your likes and dislikes. So obviously, there are clues about who Dillinger was in his choices of ties and socks. They were surprisingly uniform, yet he liked to have one small figure in it, whether it was socks or ties. For an actor, to be able to actually try on the clothes of the guy you’re playing before he was killed in 1934? It’s insane. It was really crazy. But yeah, I don’t go around looking for the underwear of historical figures for actors.