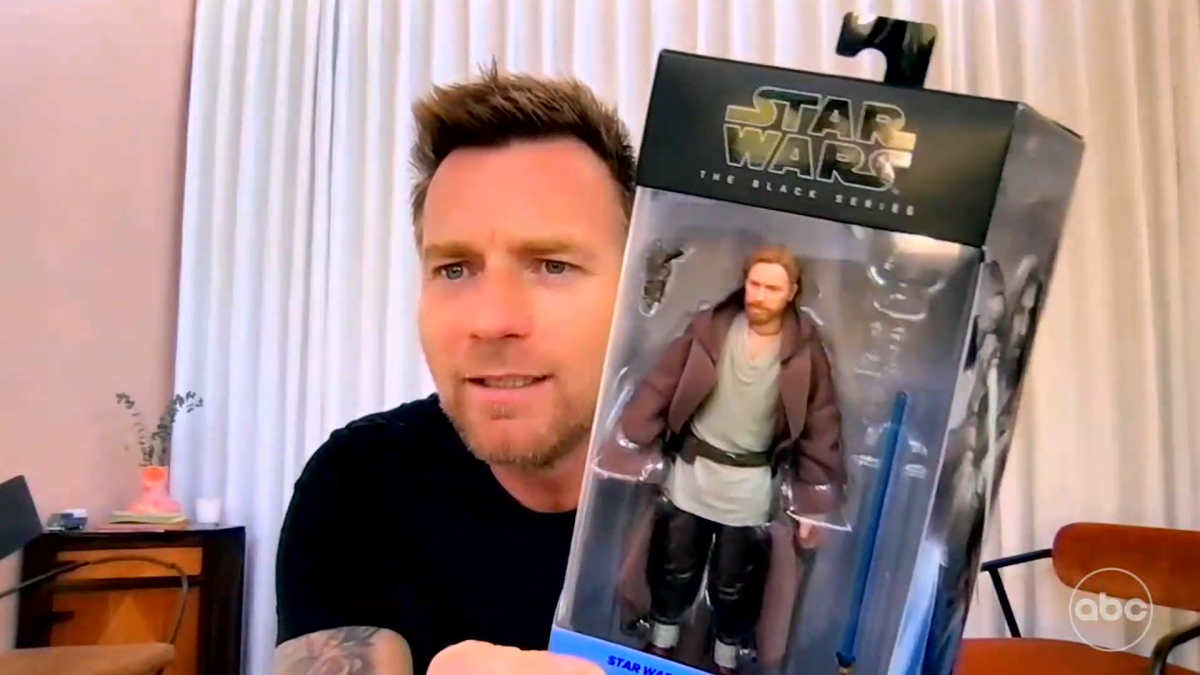 Ewan McGregor appeared on Jimmy Kimmel Live!, Wednesday, where he unveiled his new action figure for the upcoming Disney+ series Obi-Wan Kenobi. This will be McGregor’s first time reprising his role as the Jedi master since 2005’s Star Wars: Episode III – Revenge of the Sith. A main plot point for the new series will be the Empire’s hunt for the last remaining individuals practicing the Force. While McGregor had nothing but good things to say about the new series, the same can’t be said for the action figure.

“I got sent over my — I really did only just see this about an hour ago — my doll,” McGregor said, holding it up for all to see, adding, “I don’t know if it’s just me, like, they scan you. You know, they have these machines that, like, they read your body and every data point in your being is recorded. And then still, it somehow doesn’t quite look like me.”

To McGregor, the action figure looked more like a younger version of longtime actor Richard Chamberlain, who enjoyed a 60 year acting career, more so than it did himself.

A trailer for Obi-Wan Kenobi was released earlier in the day on May the 4th, which is widely known as Star Wars Day.