In case you missed it on Instagram, Fashion Trust Arabia held its fourth annual FTA Prize Award ceremony last night. The international fashion set, including Naomi Campbell, Bella Hadid, and even Janet Jackson flocked to Qatar’s capital of Doha to join the festivities alongside Her Highness Sheikha Moza bint Nasser, honorary chair of FTA, founder Tania Fares, and Her Excellency Sheikha Al Mayassa bint Hamad bin Khalifa Al Thani, chairperson of Qatar Museums and co-chair of FTA. Since the trust’s inception in 2018, it has awarded millions of dollars to support designers in the MENA (Middle Eastern and North African) region, with top honors in different categories. The event was held at the city’s National Museum and hosted by actress and fashionphile Jodie Turner-Smith and standup comedian Nemr Abou Nassar. 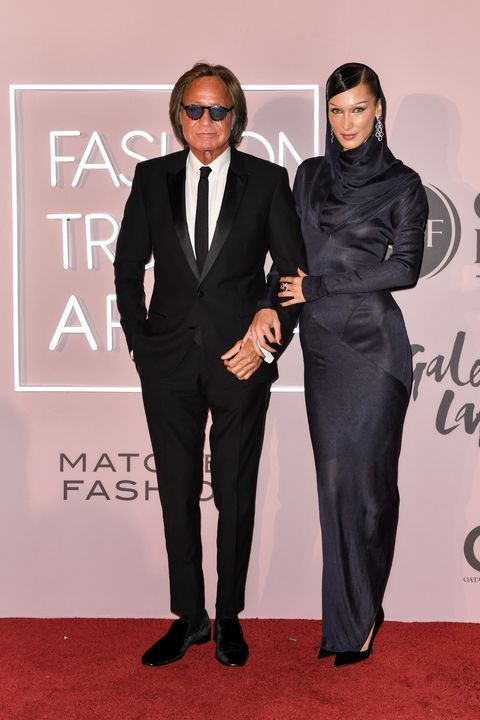 This year, there were six top design awards given out for ready-to-wear, accessories, jewelry, and eveningwear design, along with the Franca Sozzani Debut Talent Award and the Guest Country Award, in partnership with Turkey. The winners were chosen by the FTA Jury, which includes designers like Pierpaolo Piccioli of Valentino, Michele Lamy, Amina Muaddi, and Laura Kim and Fernando Garcia of Oscar de la Renta. In addition to the design awards, FTA awarded Huda Kattan of Huda Beauty fame with the Entrepreneur of the Year Award for her unrivaled influence in the beauty world—and for using her platform for beauty as well as philanthropy. Kattan’s Dubai-based beauty line and online presence have established her as one of the world’s richest self-made women. The Lifetime Achievement Award was given to Valentino Garavani for his lifetime of fashion design and his namesake brand, which has been one of the world’s most influential fashion houses since its inception in 1959. 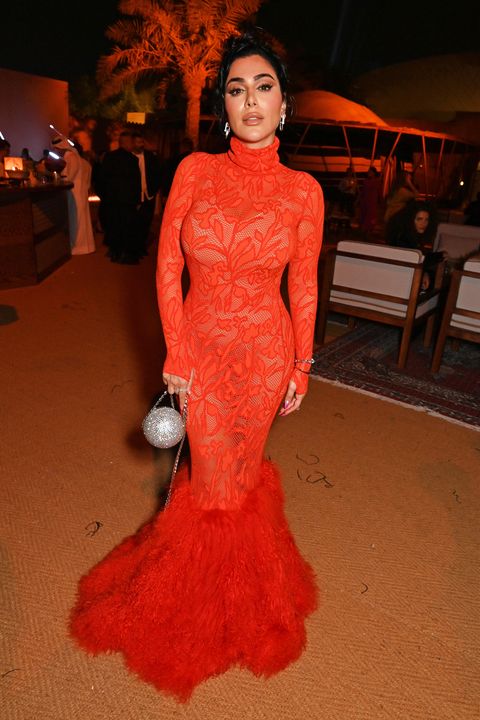 Huda Kattan, recipient of the Entrepreneur of the Year Award.

The MENA designers awarded across the six categories perfectly encapsulate the energy of the region, with designers honoring the past yet looking to the future with designs that speak to a growing global audience. With the help of their awards, this is hopefully just the first time of many we’ll be hearing from these accomplished, diverse designers.

The Saudi sister duo of Siham and Sarah Albinali took home the ready-to-wear prize for their line, Lurline. The two founded the brand in 2018, creating wardrobes for both day and night, geared toward the modern woman—one who isn’t afraid of sequins, feathers, and sparkle, as well as a dark touch of humor. Their dramatic ruffle and sequin dresses have been featured in Dazed magazine and worn by the likes of Iris Apfel and Rose McGowan. Their unique eye for proportions and color play are for the serious fashion lover, one who wants to escape through their clothing.

Fatma Mostafa is an Egyptian designer who started her namesake jewelry brand in 2017. She started out as an artist, after being taught embroidery at a young age by her mother. Then, Mostafa went on to explore oil painting, photography, and embroidery before infusing all of her artistic passions into her jewelry. Her fine jewelry uses delicate embroidery work and culls influence from nature and fine art, creating miniature floral and landscape scenes on her striking statement pieces.

Eilaf Osman is the Sudanese designer behind EILAF, a handbag brand that centers on her love for her rich East African culture. Inspired by summers spent with her mother and family in Sudan, Osman brings together modern sensibilities with time-honored East African craftsmanship to create geometric and visually striking handbags. She works closely with local artisans to ensure the pieces are made sustainably and with locally sourced fibers and dyes. The result are pieces that celebrate fashion as much as they do her origins and community.

Artsi Ifrach created Maison ARTC just three years ago, desiring a place for creative output. The Marrakech-based designer had a career in dance before transitioning into fashion. He does not have any formal training, and his previous dance career informs the movement and lightheartedness of his designs. Using all deadstock and vintage textiles, Ifrach creates fashion mini-universes that are unbridled by design and art history techniques, instead taking cues from international influences and histories to create something fantastical and entirely new. His couture-level garments have been shown during Paris Couture fashion week and featured in the Victoria & Albert Museum.

Kazna Asker is a Yemeni designer who was born and raised in the UK, and made history last year as the first Central Saint Martins graduate to show a hijabi collection at the school’s MA show during London Fashion Week. Her deep ties to Yemen influence her designs, as she brings a fresh perspective to British streetwear by questioning the diaspora between British and Yemeni youth. Asker offers a fresh perspective to publicly wearing a hijab in 2022, demonstrating a youthful take by infusing tracksuits and hijabs with traditional Islamic fabrics. By doing so, she’s paving the way for the future of fashion among Islamic youths.

Burç Akyol started his namesake brand in Turkey in 2019 after graduating from L’Institut Français de la Mode in Paris and working for several fashion houses in the French capital. After that, Akyol decided to stay local and bring his unmatched eye for luxury, tailoring, and femininity to his own brand. His demi-couture pieces are made-to-order and embrace sexiness and sharp masculine tailoring in equal doses. His clothing has been worn by Cate Blanchett and Cardi B, captivating celebrities and the fashion world writ large with sensual, otherworldly designs that feel like couture but can be worn any time, any day.