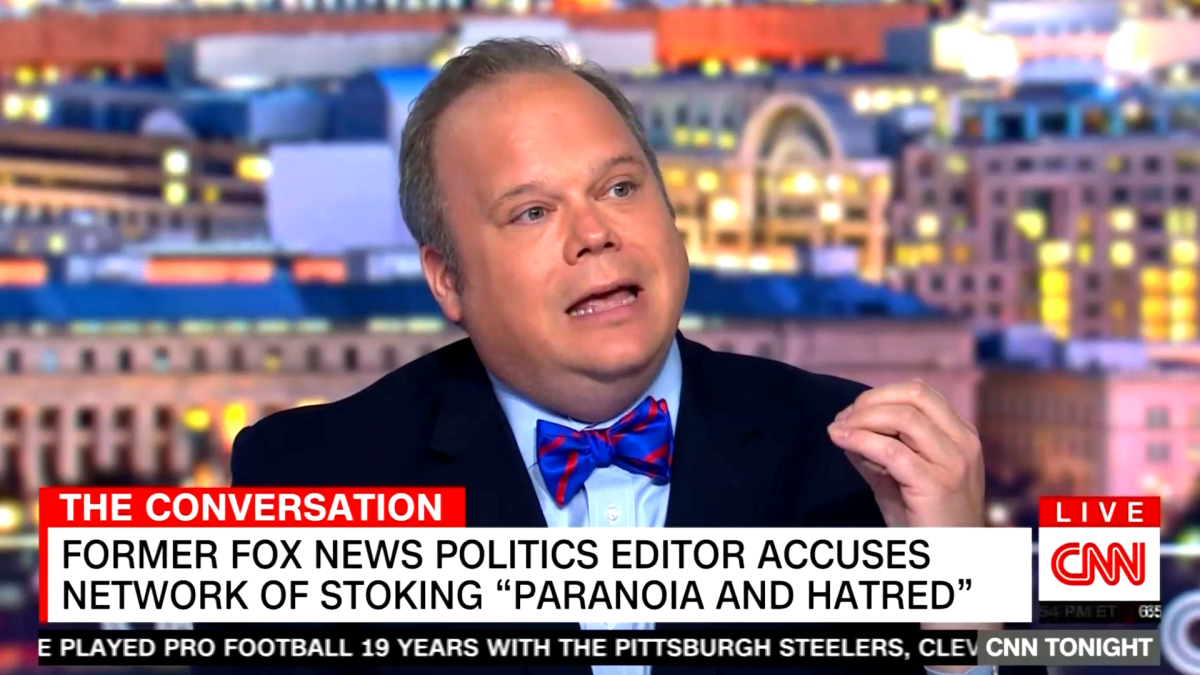 Former Fox News politics editor, Chris Stirewalt, joined CNN Tonight on Wednesday, where he spoke about being let go from Fox in January 2021 following outrage from viewers after he called the state of Arizona for President Joe Biden in the 2020 election. While Stirewalt didn’t blame Fox for letting him go, he did say that the network has not served its viewers well.

Stirewalt, who spent 10 years at Fox, said he believes journalists have an obligation to the people of the United States.

“As American journalists, we have an obligation to our country… If we love our country, and we love our fellow countrymen and countrywomen,” Stirewalt said, “what we have to do is make sure that the work that we’re doing is in service of, and not destructive to, those ambitions.”

Stirewalt has recently been outspoken about the narratives pushed by his former employer, and believes it’s a disservice to those who have given their lives for this country.

“When we use fear, and when we use hate, and when we use anger, and when we use paranoia to keep ratings high and keep people attached,” Stirewalt said, “then we are not living up to — I mean, I think about this all the time. A million American men and women died to preserve, protect and defend this country and our Constitution.”

But Stirewalt claimed the network, along with others, are just giving viewers what they want.

“And then as news consumers, let’s not kid ourselves,” Stirewalt said, “this isn’t a supply side problem, this is a demand side, right?”

Listen to what Mandy Moore had to say about life after This Is Us: ‘I can’t fathom not telling these stories anymore’: