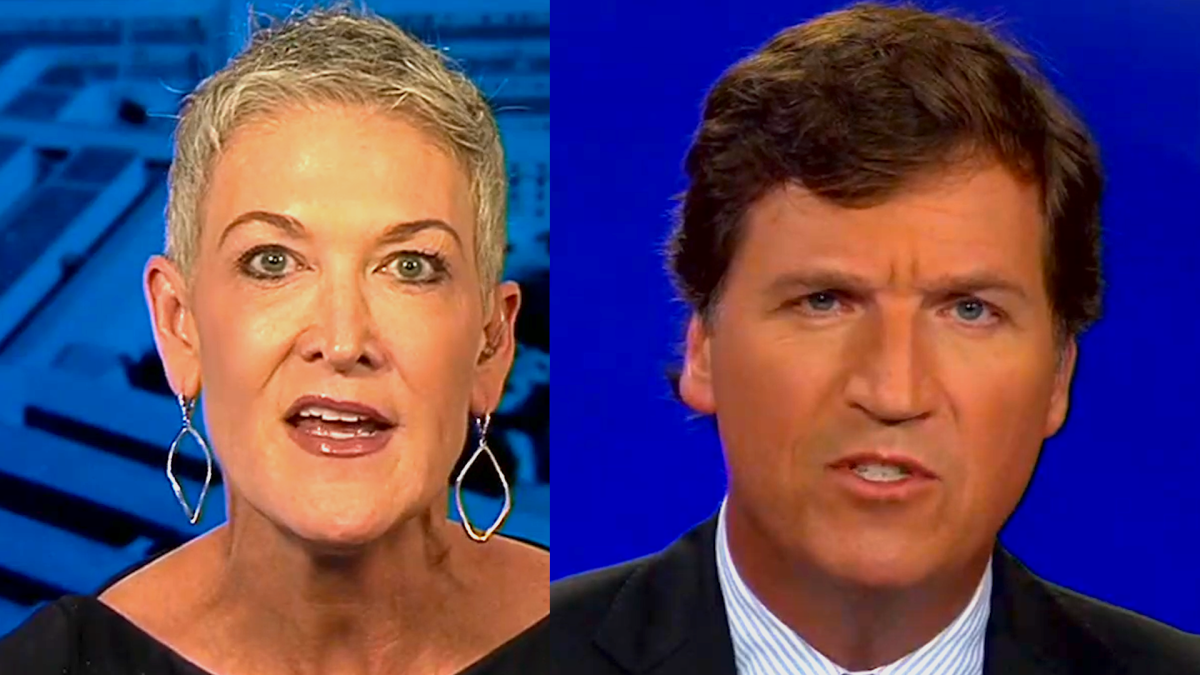 “In terms of Ukraine’s biolabs, which have come under scrutiny tonight,” Griffin said, “those are Soviet-era biolabs that the U.S. has been engaged [with] since 2005 in trying to help Ukraine convert the research facilities safely.”

In pointing out that the U.S. has been working with these labs since 2005, she was referencing the Nunn-Lugar Cooperative Threat Reduction Act of 2005. There has been this type of cooperation in other former Soviet states going back to the early ’90s, and Griffin gave an example of some of the work that’s been done.

“In Uzbekistan, for instance,” Griffin said, “the United States eliminated nearly 12 tons of weaponized anthrax from an island in the Aral Sea in 2001.”

Griffin reiterated the concern that U.S. officials have that Russia is only making these claims as a pretext to their own use of these types of weapons as their invasion of Ukraine has not gone as planned. Russia has used chemical weapons on civilians in Syria in the past.

“White House Press Secretary Jen Psaki said Moscow’s talk today about these biolabs has led to concern by U.S. intelligence,” Griffin said, “that Russia could use chemical or biological weapons in Ukraine to create a false flag operation using them.”

The U.S. has been very open about its involvement there.Jennifer Griffin

Griffin’s reporting on the Russian claim stood in sharp contrast to what opinion host Tucker Carlson said on his show an hour earlier. Carlson, who has been accused of pushing Russian propaganda on multiple occasions, took the admission by Under Secretary of State Victoria Nuland in a hearing on Tuesday that there are biological research labs in Ukraine as an admission of guilt. Carlson not only played a clip of a Russian official making the claim, but went on to propagate it himself.

“Ukraine is the poorest country in Europe,” Carlson said. “It’s hardly a hotbed of biomedical research. We’re assuming these weren’t pharmaceutical labs. Probably not developing new leukemia drugs. From your answer, Victoria Nuland, we would assume, because you all but said it, there’s a military application of this research. They’re working on bioweapons.”

But Griffin pointed out that U.S. involvement with these labs is neither new nor secret.

“It is a long program that has existed, where the Pentagon has partnered with these biolabs,” Griffin said, adding, “The U.S. has been very open about its involvement there with that. But what Russia does is they take that information, distort it, turn it around and turn it into disinformation.”

Watch Fox News’s reporter in Ukraine reject Greg Gutfeld’s claim that the media is pushing images of the invasion for an emotional response: