Hunting for fungus in the human body may offer a brand-new method for early detection of cancer, Israeli scientists suggest in new peer-reviewed research.

Working with colleagues in the US, they studied tumors from 17,000 cancer patients to document, for the first time, which fungi live in the tissue.

There has been very limited research until now on fungi in tumors, and scientists had assumed that its occurrence was rare. “We were surprised to find that it’s actually more common to find tumors with fungi than without,” said Dr. Ilana Livyatan of the Weizmann Institute of Science.

Her team created a groundbreaking “atlas” dedicated to this topic, and says it could be used to create new screening methods.

As DNA from fungi can be detected in blood, the scientists hope that blood analyses could one day be used by doctors to spot cancer.

The “atlas” outlines which fungi characterize 35 different types of tumor, so such tests could potentially go beyond flagging the existence of cancer and indicate where in the body it can be found.

“This could offer a new avenue for diagnosis of cancers using a simple blood test that detects fungi in tumors,” Livyatan told The Times of Israel.

“And beyond diagnostics, this could really shake things up in tumor research. This is one of these eye-opening moments that makes us revisit our assumptions about cancer, as fungi now represent a whole new consideration in analyzing tumors,” she explained. 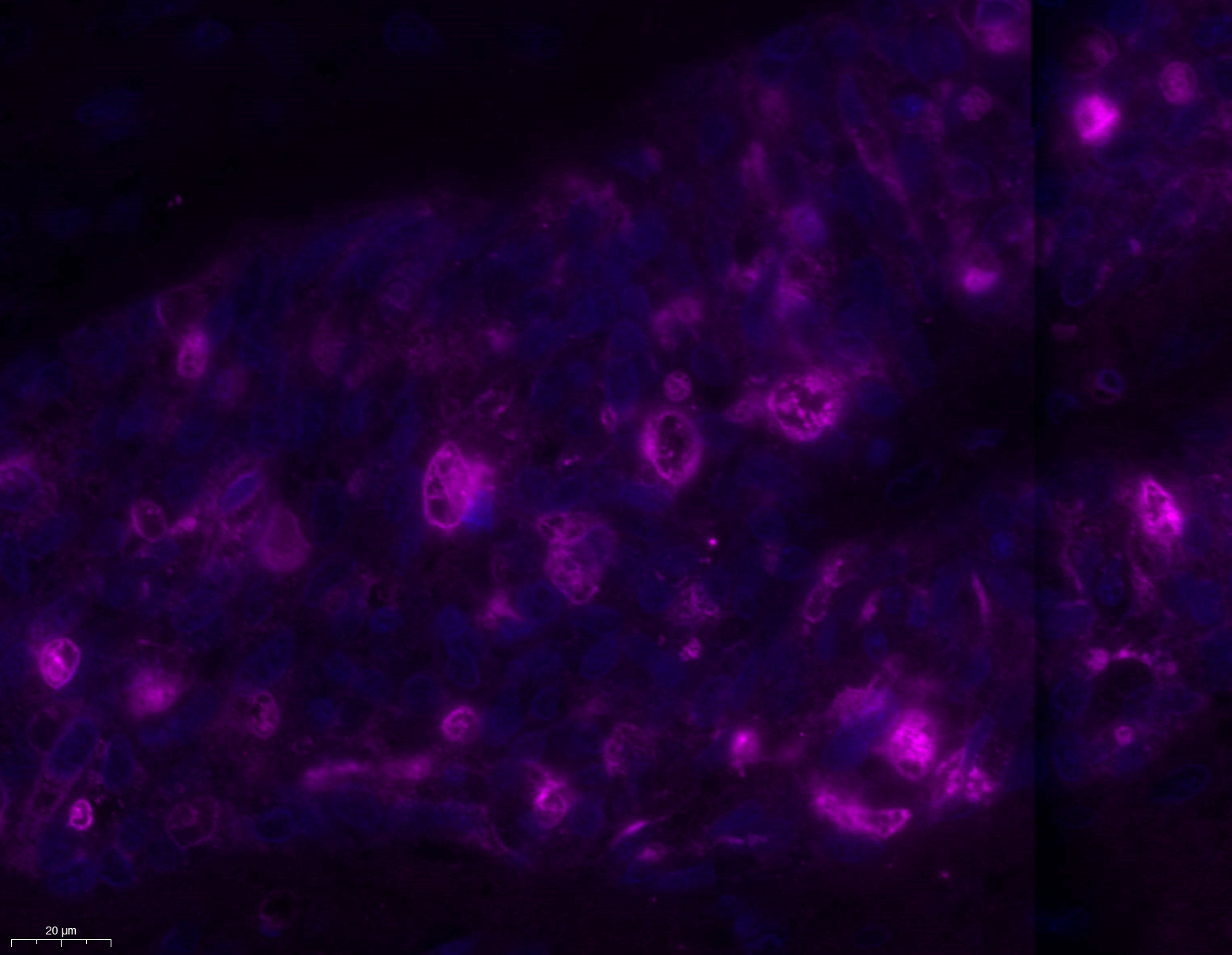 In this magnified image from Weizmann Institute of Science researchers, fungi, represented in pink, are shown inside the cells of a human ovarian tumor, of which the cell nuclei are shown in blue (courtesy of Deborah Nejman and Nancy Gavert)

The peer-reviewed study, just published in the journal Cell, was a collaboration between the Weizmann Institute of Science and the University of California San Diego School of Medicine. Tel Aviv University and Sheba Medical Center also contributed to the research.

Over the last few years, scientists have started to pay more attention to the fact that tumors are home to large populations of microbes. There have been several important studies – including one by the Weizmann team – on patterns of bacteria in tumors, and this study puts the presence of fungi firmly on the research agenda.

The Weizmann-California team says that as well as opening up a potential new path to detection of cancer, their findings suggest that studying fungi in patients offers a treasure trove of information that could shape prognoses and treatment plans.

They found many correlations between fungi and survival chances. One was that when breast cancer patients have a specific fungus in their tumors — Malassezia globosa which is found naturally on the skin — this actually correlated with heightened chances of survival.

They also identified specific fungi among melanoma patients, which are found in higher quantities among those who respond well to immunotherapy compared to those who don’t. 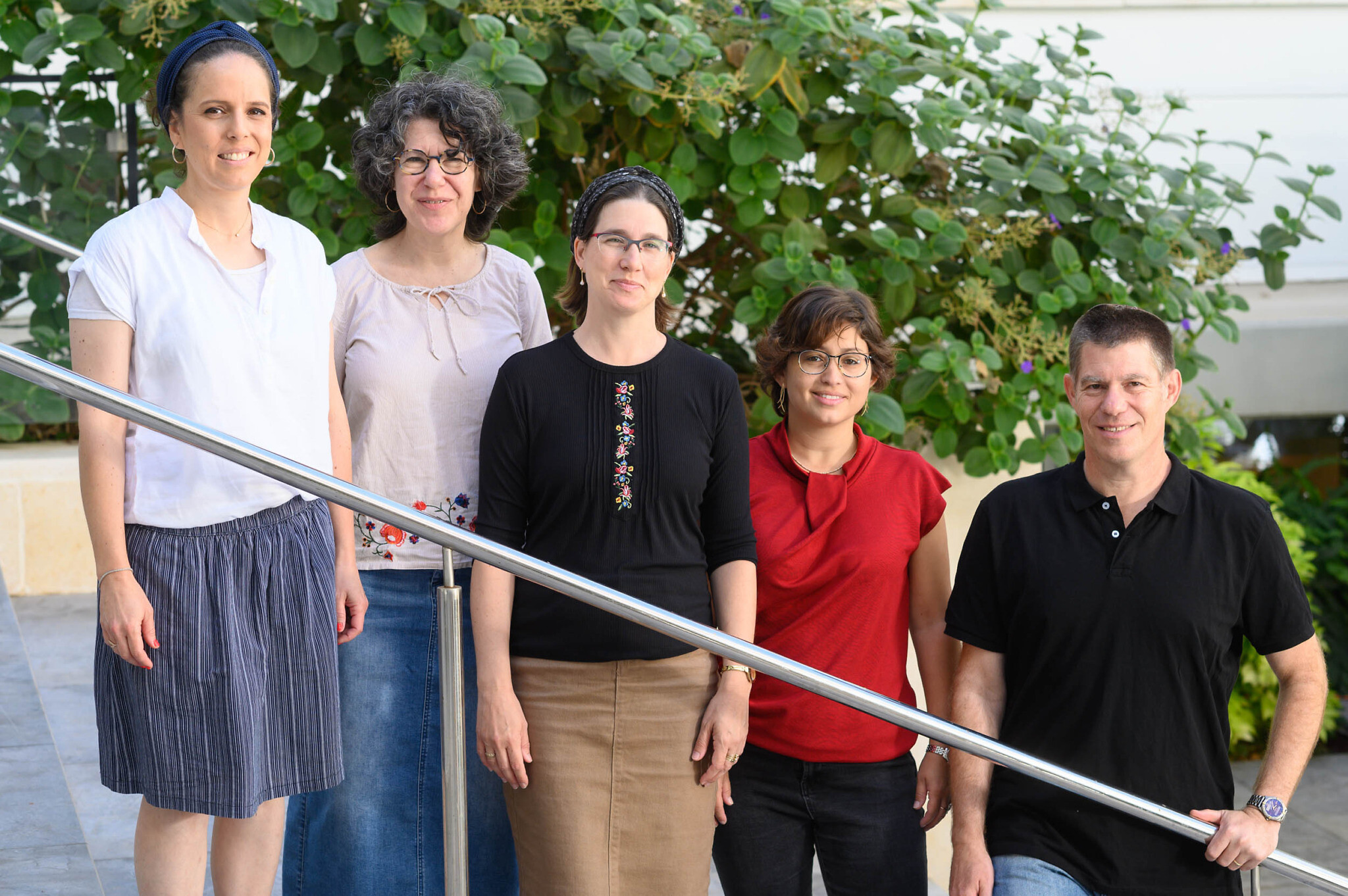 Weizmann’s Prof. Yitzhak Pilpel hopes that over the coming years, scientists will elaborate on the fungi-cancer relationships and explore how findings can be used to impact treatments. “This study sheds new light on the complex biological environment within tumors, and future research will reveal how fungi affect cancerous growth,” he said.

His colleague Prof. Ravid Straussman noted that the new study suggests that fungal activity is “a new and emerging hallmark of cancer,” commenting: “These findings should drive us to better explore the potential effects of tumor fungi and to re-examine almost everything we know about cancer through a ‘microbiome lens.’”