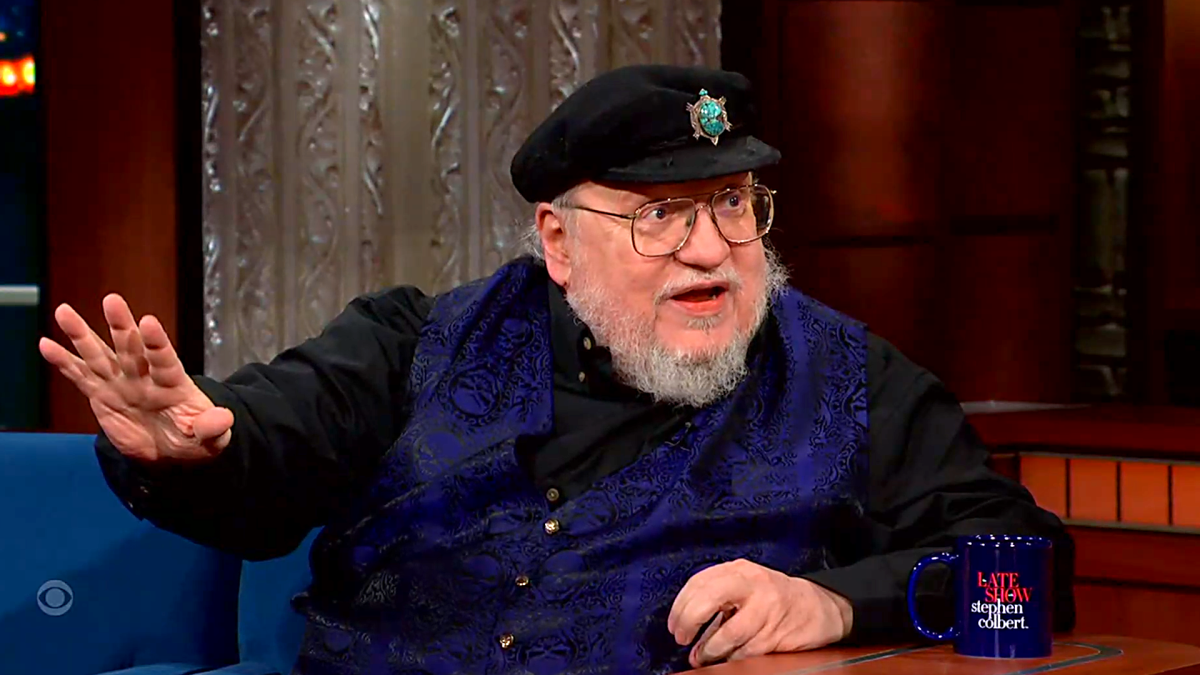 Author George R.R. Martin, who created the world of Game of Thrones, joined The Late Show With Stephen Colbert, Tuesday, where he gave an update on the long-awaited The Winds of Winter, the sixth book in the super popular A Song of Ice and Fire series. Martin recently said he’d given up offering updates on the book, but obliged when Colbert inquired about it.

“I am making progress with The Winds of Winter, but it’s still not done yet,” Martin said. “But I have…” “How much are we talking?” Colbert asked. “How far have you gotten?” “Well, I think it’s gonna be a very big book,” Martin answered. “The biggest books so far were the third volume, A Storm of Swords, and fifth volume, A Dance with Dragons. Those were both about 1,500 pages of manuscript, but this one’s gonna be bigger than either of that [sic]. And I think I’m about three quarters of the way done.”

Martin has spent about 10 years working on The Winds of Winter, but has taken time to work on other books, including The Rise of the Dragon, which was released on Tuesday. Martin revealed that he’s finished writing a couple of the characters, and spoke about where he is in the process.

“The characters all interweave. So I actually finished with a couple of the characters, I got their whole story, but not others,” Martin said. “So I have to finish all that weaving. But it’s still gonna take me a while.”

And Martin believes he knows how fans will react when the book is finally released.

“I do know one thing for certain,” Martin said, “that we’re gonna deliver it, and it’s gonna be published, and the next day I will get the first tweet that says, ‘Where’s The Dream of Spring?’”

Check out why a Jeopardy! champion became a fan favorite after a hilarious wrong answer: ‘What are meese?’: