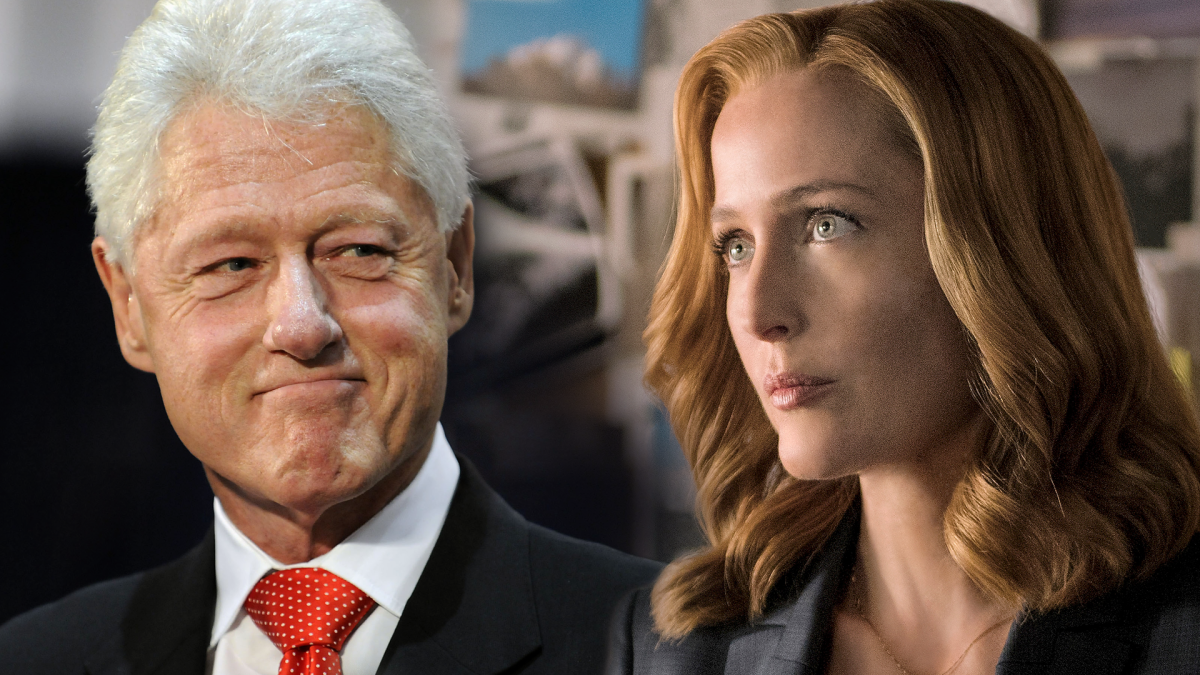 Gillian Anderson recalled meeting Bill Clinton for the first time during her appearance on Jimmy Kimmel Live!, Tuesday. The former X-Files star was attending a luncheon with Clinton during his 1992 campaign for president. She remembered him as being quite charismatic.

“He did the most miraculous thing in the world, he shakes your hand, then he grabs your elbow and at the same time he holds your arm further up,” Anderson recalled. “Slightly intimate little thing. [He] makes eye contact. And he moves on to the next person. Then he looks back at you.”

While Anderson described the meeting as something that Clinton did to everyone, she had a bit of a wolfish grin about her. Jimmy Kimmel was quick to reply, “I got all of that except for the look back. I did not experience the look back.”

The moment she shared with the future president was so intimate that she thought there might be another meeting, or at least a phone call.

“I went home, I thought – this was in the days of answering machines – I literally thought that I was going to go home to a message from him,” she said. “I did. It was that real.”

While Anderson and Clinton went their separate ways, she admitted to having a small hand in his success.

“Then did you vote for him after that?” Kimmel asked.

“Yes, I did,” Anderson said, after a dramatic pause.

Watch as Viola Davis talks about weight struggle at age 56: