Though the fashion industry is making efforts toward inclusivity, Gucci is one of the few major brands laying the groundwork to create an equitable world through its wide-reaching network. Case in point: Since 2013, the house’s Chime for Change campaign has worked closely with the United Nations to promote gender equality across all levels of society, regardless of race, sexuality, and income. This International Women’s Day, Gucci called on Italian artist MP5, art director of Gucci’s Chime Zine and frequent collaborator, to create a capsule collection comprised of a T-shirt and baseball cap, fittingly called “Generation Equality.” With the work Gucci is putting in behind the runways, it hopes to promote gender equality for generations to come and foster an equitable future for all⁠—especially those who are the most marginalized in society and hardest to reach, and even within the company itself.

These broad and ambitious goals are just some of the steps a radical brand such as Gucci needs to take to inspire a community to focus on change. Below, ELLE.com spoke exclusively with Susan Chokachi, president and CEO of Gucci Americas, about the capsule and Gucci’s lasting commitment to change and gender equality. 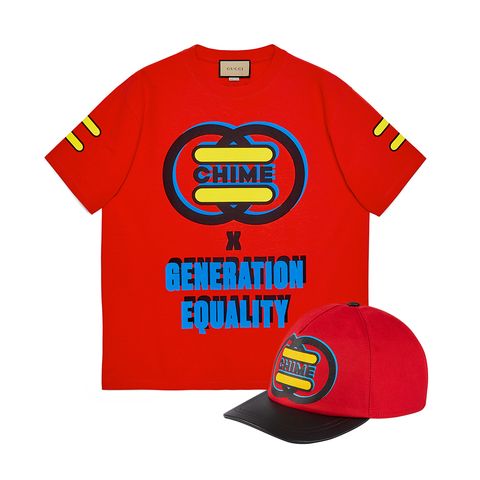 Tell us about Gucci’s commitment to the UN Women’s General Equality Action Coalitions. What prompted the partnership?

Through Gucci’s recent five-year commitment to the UN Women’s Generation Equality Action Coalitions, we are committed to increasing the meaningful participation, leadership, and decision-making power of women, girls, and non-binary people in all their diversity. We have been privileged to have UN Women as a partner from the very beginning, so it was natural for us to join the Generation Equality initiative as one of the private sector leaders. While much progress has been made, there is still a long way to go in realizing a gender equal future. It has been inspiring to work alongside member states, civil society, as well as youth-led and international organizations over the last year to convene across sectors with the aim to accelerate progress.

Why is the issue of gender equality so pertinent to Gucci as a brand, and the fashion world as a whole right now?

At Gucci, we believe gender equality is an issue that is relevant to everyone, because none of us can move forward if half of us are held back. As a global company, we have an incredible opportunity and a responsibility to drive positive change. More than ever, people are looking for companies to take a stand on the most urgent and intersectional social issues of our time.

I’ve been part of the team leading the Chime for Change campaign at Gucci since the original spark of the idea almost 10 years ago. So much has changed over the last decade, and while we’ve seen encouraging progress, there have also been many steps backward, especially over the last two years when we’ve seen the COVID-19 pandemic disproportionately affect women and girls. Now is the time to recommit ourselves even more deeply to the work that needs to be done to help build a more just and equitable world for everyone. 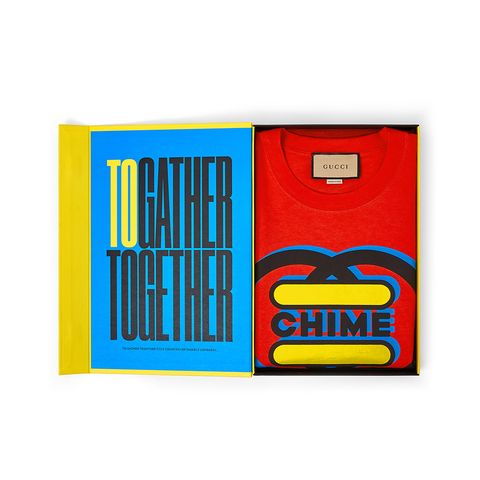 What is Gucci’s hope for the future of the fashion industry in terms of diversity and inclusivity?

We are encouraged by the fearlessness we have seen in the leaders of today and inspired by the boldness and candor of youth activists fighting every day for freedom and equality. We know that the power of this next generation will transform our future. Our hope is the industry will continue to progress and lead in diversity and inclusion in all forms. There is powerful work being done to advance this mission inside and out of Gucci’s walls. We meaningfully uphold our values to support those who are often hard to reach or have been historically marginalized around the world, and to provide community- and youth-led giving to support the next generation of activists and their movements.

The Generation Equality capsule collection is now available to shop online at gucci.com and at select Gucci stores worldwide.