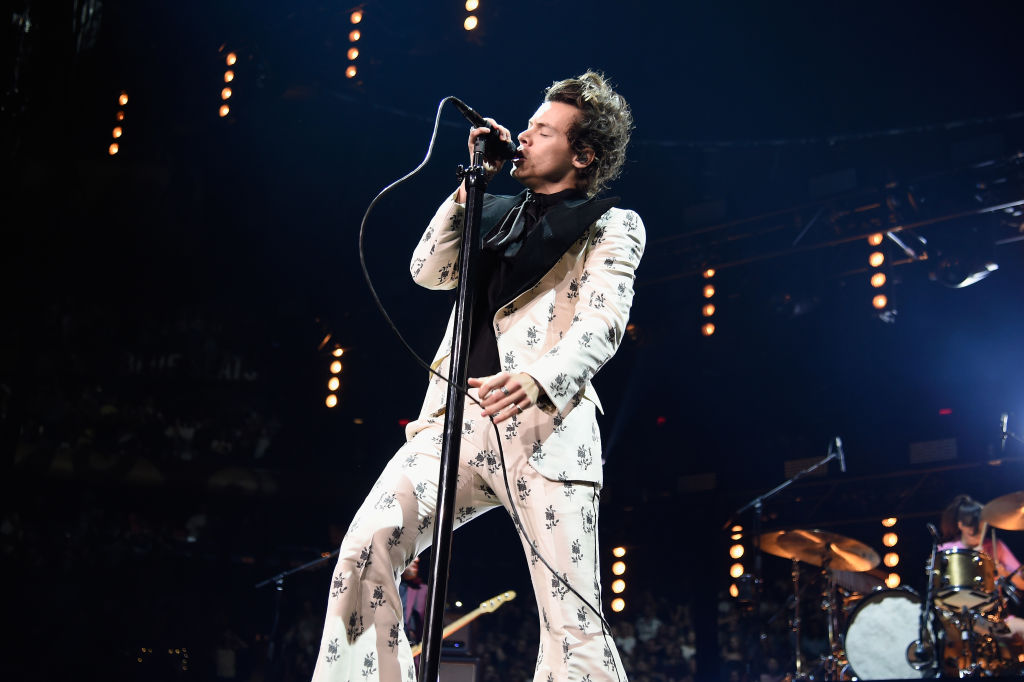 Harry Styles is in on the joke. On stage Wednesday night at his continuing series of Madison Square Garden concerts, Styles made fun of the wild speculation that he spit on Chris Pine this week at the Venice Film Festival.

“I just popped over to Venice to spit on Chris Pine. But fear not, we’re back!”

The remarks drew cheers from the crowd, who no doubt had great expectorations about the incident.

Rumors have been circulating since Monday about Styles allegedly spitting on Pine’s lap. The moment was captured in a viral video of the Don’t Worry Darling costars at the Venice Film Festival premiere.

The moment happened when Styles was sitting down next to his costar. His head dipped down briefly, and Pine froze and gave a strange smile as he looked at his hands. It appeared Styles spit in Pine’s lap.