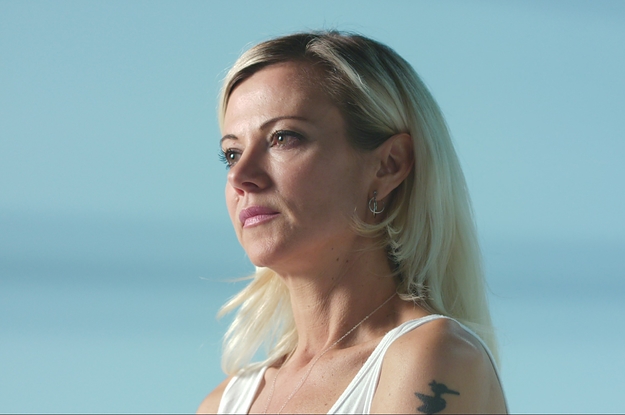 The con artist from The Tinder Swindler also often lies to convince women, all of whom trust and love him, to send him money to escape from danger.

You may be thinking: How could such smart, successful people get involved in this to begin with? But the truth is, no one willingly walks into these kinds of relationships, Shaw said.

The most common misunderstanding is that they “surrender themselves to these horrible people,” she said. “What most people don’t understand is that abusers themselves are multifaceted and manipulative in all conceivable ways.”

It’s hard to collect data on who experiences it because many people don’t tell law enforcement or professionals, said Robin Stern, a licensed psychoanalyst and cofounder of the Yale Center for Emotional Intelligence.

But statistics do skew toward women more often being the target in manipulative relationships; women are also more likely to talk about it with therapists, said Stern, who added that she’s seen many men who have been gaslighted in family or romantic relationships (and women being gaslighted by other women).

What abusers have in common

While red flags and concerning behavior may be obvious to people outside of these relationships, they aren’t always apparent to those in them.

Often the people who are manipulating others are very good at what they do, and they may even be a skilled con artist who has used these techniques in multiple relationships. Tactics can vary; some abusers may take their time to exert control, while others may love-bomb almost instantly, showering people with intense, often unsettling and inexplicable, affection.

Melngailis told BuzzFeed News that some people may assume abusers act rationally, but “it’s about power for the sake of power, even if they hurt themselves or put themselves at risk in the process,” she said. “A straight-up con artist usually wants money or some tangible gain, but the sadistic abusers want power and to destroy their targets.”

Importantly, people are not born gaslighters, Stern said. Instead, “they learn it along the way” after finding they can gain power over others’ actions and emotions via controlling, blaming, and deflecting responsibility. People who are abusive or manipulative don’t necessarily have a certain personality type or disorder, though some certainly do.

Those who exploit or abuse their partner can use fear to manipulate the person into thinking they won’t be able to support themselves financially, professionally, or romantically without them. In many cases, they may control their partner’s bank accounts and credit cards, stalk or harass them, or threaten to harm their loved ones, including children or pets.

For people outside the relationship, it can be particularly difficult to understand the attachment aspect, Stern said. “It’s really hard to understand how someone intelligent can buy into [an abusive relationship], but it doesn’t have to do with how smart you are; it has to do with how bought in you are to that dynamic, how attached you are to this person, and how idealized that person is in your mind,” she said.

Melngailis told us her experience “closely mirrors that of people who are sucked into cults.”

Other people who have experienced manipulative relationships may identify more with Stockholm syndrome, in which victims develop positive feelings toward their abusers over time as a survival or coping mechanism. Sometimes sunk-cost fallacy — a psychological trap where people keep investing in something either emotionally or financially because they’ve already given significant and unrecoverable resources to it — plays a role.

There’s also a fantasy perpetuated by countless movies that have convinced people to fall in love with love, Stern said. This can make people ignorant of the full scope of a relationship or situation, particularly if they believe a person is their “soulmate.”

Unfortunately, as the abuse gets worse and the affected person realizes what’s going on, it’s that much harder to escape.

“There is some kind of survival pressure when you want to agree with your gaslighter or when you get so exhausted from fighting for your integrity, for the rightness of your point of view, that you just begin to get depressed and kind of give up,” Stern said. “It’s very painful to know that you’ve given up a piece of yourself to hold on to this relationship; it’s a process deserving of great compassion.”

It’s not about leaving, it’s about escaping — and it’s not easy to do.

Often, Shaw said, people in abusive relationships do manage to leave, but that doesn’t mean they’re free. Even in healthy relationships, it’s difficult to cut ties unless both people support the idea, which usually isn’t the case in situations involving manipulative partnerships. Too often, abusers won’t let their partner go — and when the other person tries to leave, that’s when the violence, manipulation, and control escalates.

“The key is not just leaving. It’s escaping the abuser and being able to, once they set foot outside of that door, support themselves and whoever may be accompanying them in a life away from that abusive person, and that’s not easy,” Shaw said. “It’s an uphill climb, at best. It’s never as easy as just leaving. And if they manage to, they’re very lucky.”

Part of the reason why leaving is easier said than done is because “it takes a while for someone to fully understand what’s happening to them, especially at the hands of someone who has professed their love or committed to them or may be really wonderful in many other ways,” she added.

Stern agrees it’s not a simple feat to leave an abusive relationship. “You have to be willing to leave and make a sacrifice because often you’re giving up someone you have loved,” she said. “Getting out means trying to reclaim your integrity and your reality, but it doesn’t take much for that fantasy world, that other reality, to be activated” and to be drawn back in.

Melngailis told BuzzFeed News she herself has been caught up in abusive relationships three times, and it’s just that the one with Strangis “was the most destructive.”

“One needs to be even more vigilant going forward, which is hard to do when you’re still reeling and confused,” she said.

Warning signs of an abusive relationship

Because not all abusive relationships start out with obvious red flags, it may be helpful to know what they could look or feel like before they appear. With that said, it’s not always easy to address these signs before they become more serious.

Stern said it might take a couple of times to confront a partner who may be gaslighting you before you feel ready to take appropriate action.

Here are some signs you may be in an unhealthy relationship:

Here are some signs your partner may be manipulating or gaslighting you:

There are also specific ways people can abuse their partners if they are members of certain marginalized groups, including the LGBTQ community.

For example, some people may threaten to “out” their partner, pressure them to dress a certain way, or purposefully use the wrong pronouns, said Lisa Alexander, a supervising attorney with Day One, a New York City–based organization that educates young people about dating abuse and domestic violence.

Another important distinction is that these TV shows (and media attention in general) tend to focus on straight white women, but abusive relationships can happen to anyone, she told BuzzFeed News.

“While there is nothing wrong with sharing those stories, it would be ideal for the media to present a variety of experiences through an accurate and intersectional perspective,” she said.

How to help people in abusive relationships

It’s hard to see someone you love experience an abusive relationship, and it may be even harder to figure out how to approach them to share your concerns and offer help if they want or need it.

Depending on the relationship you have with the person, you’ll want to start by talking to them, Alexander said, but not in a confrontational way. You’ll want to first identify the behavior that you’ve witnessed and say something like, “This concerns me, so I just wanted to touch base with you and see if you’re OK and if you want to talk about it. If not, just know that I’m here for you.”

“It’s very possible that the person might not be ready to have that conversation or be in a position where they feel that they can,” she said, “but it’s super important that the person knows they have friends, family, or other trusted people in their life that they can go to when they’re ready for help.”

If they are open to learning more about available resources, you can guide them to the National Domestic Violence Hotline and have them study the Power and Control Wheel, which identifies behaviors abusive partners use to keep others in an unhealthy relationship; Alexander said she recommends this because seeing the behaviors written in front of you “can be really eye-opening for some people.”

Here are some other ways you can help someone experiencing an abusive relationship:

If you or someone you know is in immediate danger as a result of domestic violence, call 911. For anonymous, confidential help, you can call the 24/7 National Domestic Violence Hotline at 1-800-799-7233 (SAFE) or chat with an advocate via the website.

The National Alliance on Mental Illness helpline is 1-888-950-6264 (NAMI) and provides information and referral services; GoodTherapy.org is an association of mental health professionals from more than 25 countries who support efforts to reduce harm in therapy.