There was a time when the word “craft” made some people think of hippies weaving raffia lampshades or crocheting tea-cozies. It was something a bit homemade—stuff you did at home in the garden shed—rather than something cerebral or elevated. But an ambitious event happening now in Venice, Italy, aims to show that far from being quaint or nostalgic, human craft in all its forms is the root, the true DNA, of modern luxury.

Under the aegis of the Fondazione Michelangelo, a Geneva based, non-profit organization created to promote and sustain artisanal expertise in all its forms, Homo Faber is a three week-long biennale of craftsmanship, one that encompasses just about everything humans can accomplish creatively.

The island of San Giorgio Maggiore, named after the Palladian church that dominates it as well as its Benedictine monastery founded in 982, played host last weekend to the opening days of Homo Faber (Latin for “man the maker”), a new chapter in the story of Venice’s famed biennales. Now in a second edition much delayed by the pandemic, Homo Faber brings together the idea of craft and artisanal creation as a universal language of hand and eye, something to be celebrated and promoted. In this world, the Japanese kimono maker understands the repeated gestures of a Venetian gondola builder, while a British ceramist can relate to the skills of a Finnish origami artist who makes figure sculptures from a single sheet of paper. 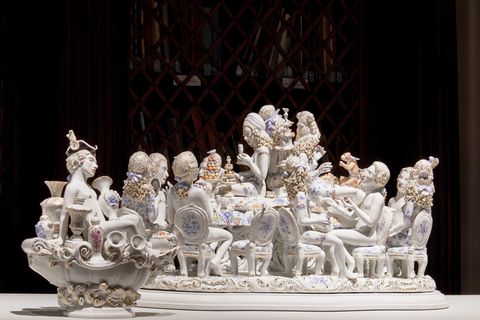 Japan, as the official guest country of this second edition of Homo Faber, is seen and felt throughout the exhibit. One of the central displays is called 12 Stone Garden, though it’s actually indoors. It features the work of 12 Japanese craftspeople, each officially dubbed a Living National Treasure in their homeland. These are masters of arts as obscure as doll-making or kimono printing, or as accessible as ceramics and woodwork. But Japan as an idea is also felt—deliberately—in the selected pieces shown elsewhere by artists from other countries, underlining the century and a half in which Japanese art and design have permeated the aesthetic tastes of Europe and the Americas.

A Ferrari from Simon Simon Kidston featured at the “Driving an Icon” event at Homo Faber 2022.

Spread out across 15 themed show spaces, Homo Faber is an assault on the senses only heightened by its breathtaking Venetian surroundings. It is the sheer diversity of exhibits—across disciplines that on paper don’t really belong together—that is so refreshing here. A Ferrari sports car, a collection of saucy Meissen porcelain figures, Japanese kimonos, Panerai’s restored 1936 Fife sloop Eilean (sidebar for music nerds: in a former life Eilean was the backdrop for Duran Duran’s epically ‘80s “Rio” video). There are also handmade marquetry skateboards, clockwork automata, French viol making, and the obscure Swiss art of cutting hugely intricate lace like scenes—of chalets and mountains, naturally—in negative, out of paper, by hand. Just to curate the show must have been a mind-bending exercise in out-of-the-box thinking. 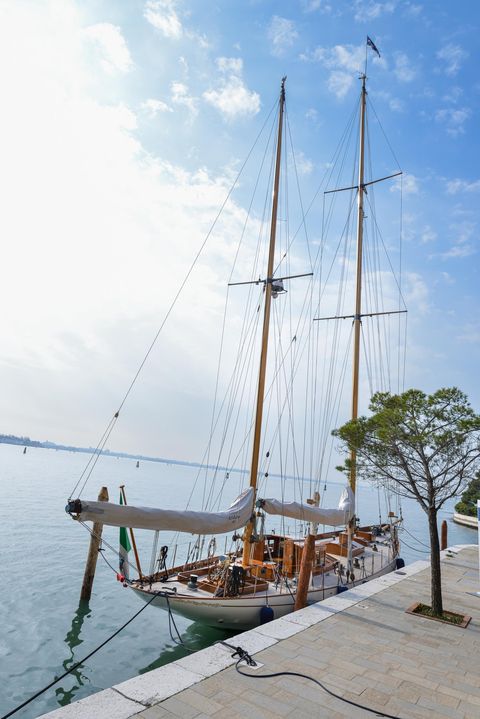 But there is a common thread here to give it all a sense of order. It’s passion. And it is passion, across all these diverse disciplines, which makes the 850-odd pieces from more than 400 craftspeople on show at Homo Faber really resonate. Post lockdown, Homo Faber is the antidote to fast fashion, the weekly drop, and the faux limited edition. There’s nothing fast, or clickbaity, about the processes that are at work here. Making anything at this level takes time and remarkable skills. And these skills require long training, too—an apprenticeship, in fact, that effectively never ends. For what makes this whole exercise inspiring is that it is human and relatable. Craft is not, after all, about the attainment of perfection as much as it is about trying, little by little, to get closer to it.