The Met Gala is just over three days away, with the most exciting red carpet of the year kicking off in New York on Monday night. Each year, the event plays host to some truly chaotic and glorious fashion looks. And one of the most hotly-anticipated attendees of the night is Kim Kardashian.

Without fail, Kim always arrives on the steps of the Met sporting a headline-making number. Last year was the divisive Dementor-esque Balenciaga outfit that spawned a thousand memes. Before that? Her wild ‘wet look’ Mugler corset dress. Naturally, speculation is already starting to build around what Kim will wear this year and, well, some keen fans think they’ve already sussed it. According to internet sleuths, Kim Kardashian’s been giving a few signs that she might be wearing an iconic Marilyn Monroe dress for the occasion.

So let’s look at the facts, shall we?

The custom-made Jean Louis dress, covered in crystals and reportedly valued at around USD $5 million, is currently on display at Ripley’s Believe It or Not! museum in Orlando, Florida. Now, here’s where it gets interesting: Kim was photographed visiting the exact same museum with Pete Davidson earlier this week. Coincidence? Perhaps. 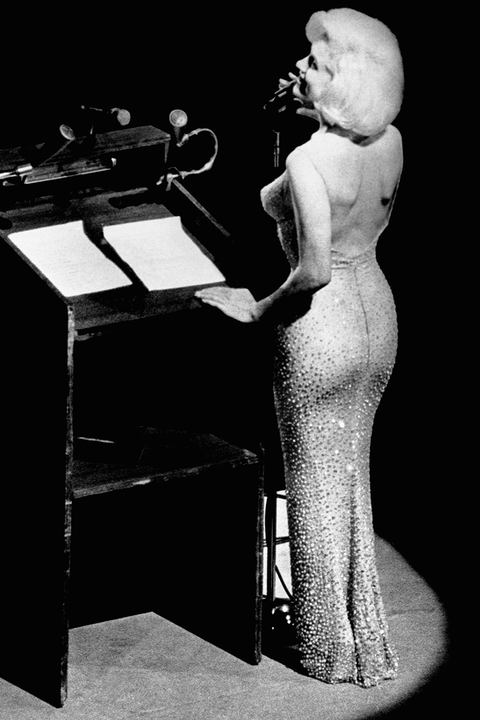 Kim has also revealed that she can’t alter her 2022 Met Gala look. In an interview with Access Hollywood earlier this month, Kim said that her attendance at this year’s gala hinges on whether she can actually get into her look. “It really depends if I fit into my dress, so I hope I’m going,” she said. “I think it will be up to the last minute because it can’t be tailored, so I have to fit into it like, exactly,” she added. 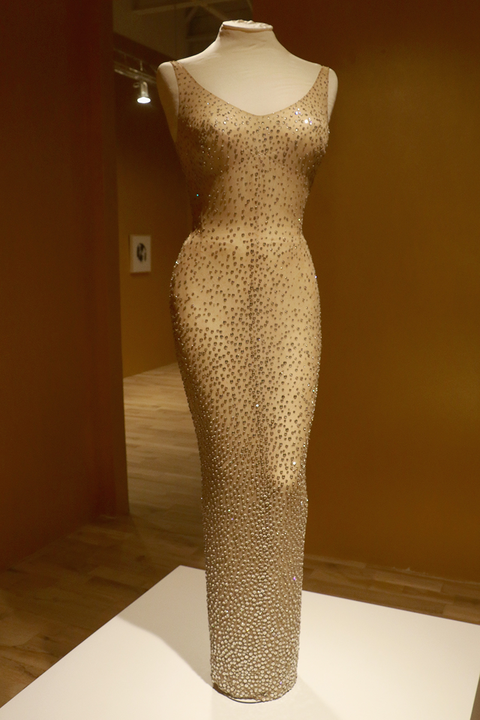 This prompted a Reddit user to put together the pieces and form a theory, writing: “I feel she is going to be wearing a high profile celebrity dress (E.g Marilyn Monroe’s) which is in a museum she visited yesterday with Pete and as she spoke about how the dress ‘cannot be tailored.'”

If you’ve been watching Kim Kardashian’s Instagram Stories of late, you also notice she’s been hitting the gym pretty hard this last week, with some early morning workouts (5:30m!) while wearing a hectic-sounding sauna suit. This could be just another coincidence. Or, perhaps she’s trying to get to a place where she can wear the Marilyn dress. Who knows?

Over on Twitter, the theory continues to grow, with another user writing, “an inside source told me that Kim K is trying to borrow Marilyn Monroe’s dress that she sang happy bday to president Kennedy in for the upcoming Met gala….but it doesn’t fit her so she’s trying super hard to get into shape until then”

For context, this year’s Met Gala theme is ‘In America: An Anthology of Fashion,’ which is basically a celebration of America’s fashion history. According to Vogue, the dress code for the gala is “gilded glamour, white tie.” So a famous Marilyn look would kinda make sense, right?

TLDR; Kardashian fan @GayManWithASprayTan has summed it all perfectly with this epic TikTok:

“This dress was made for Kim,” he continues. “Like, I know it was made for Marilyn, but Kim is technically the modern-day Marilyn Monroe.”

This sign off, though, is everything: “And if Kim is Marilyn, Pete better be JFK. Okurrrr”

We’ll have to wait until Monday eve to see if the internet is right.