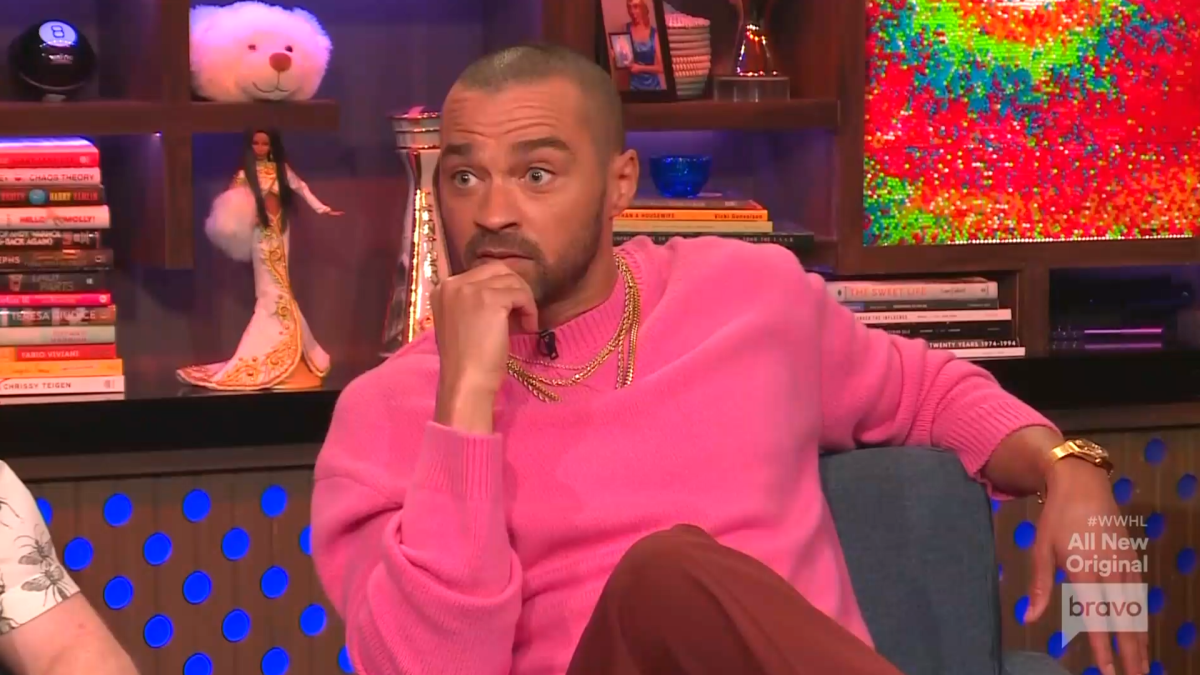 While the Twittersphere was blowing up over a leaked NSFW video of Jesse Williams’s full-frontal shower scene in his new Broadway play Take Me Out, Tuesday, the former Grey’s Anatomy star was filming Watch What Happens Live With Andy Cohen, where the actor discussed being nude on stage.

“A non-reaction is a really interesting reaction. The quiet, you know. Creates a lot of insecurity,” shared Williams.

Earlier in the day, Williams received a Tony nomination for Best Performance by an Actor in a Featured Role in a Play for his role in the Broadway show, which opened in April. While audience members are required to place their phones and devices in locked sleeves to prevent recording during the show, one spectator broke the rules and leaked the video of Williams fully nude Tuesday.

It was evident that the video had not yet leaked during the filming of WWHL, as Williams shared, “I don’t like any of it. I’ve learned in my minutes in theater, which is all a first for me, is don’t read into it. Because it just creates more insecurity.”

“How insane, though, that this is your stage debut and you’re, like, fully naked. I mean, that’s doubly scary,” said Cohen, to which Williams responded, “I’m told it’s quite insane, but it’s a first so I have nothing to compare it to and I won’t be scared of anything after this, that’s for sure.”

Based on the tens of thousands of tweets that were posted by amazed fans within a few hours of the video going viral, it’s safe to say that Williams does not need to worry about feeling insecure. In fact, many people pointed out how the show will likely be sold out now. However, Williams is definitely in for an interesting week as it may be a little challenging for him to not “read into” any of the comments!

Watch What Happens Live With Andy Cohen airs Sunday to Thursday on Bravo.