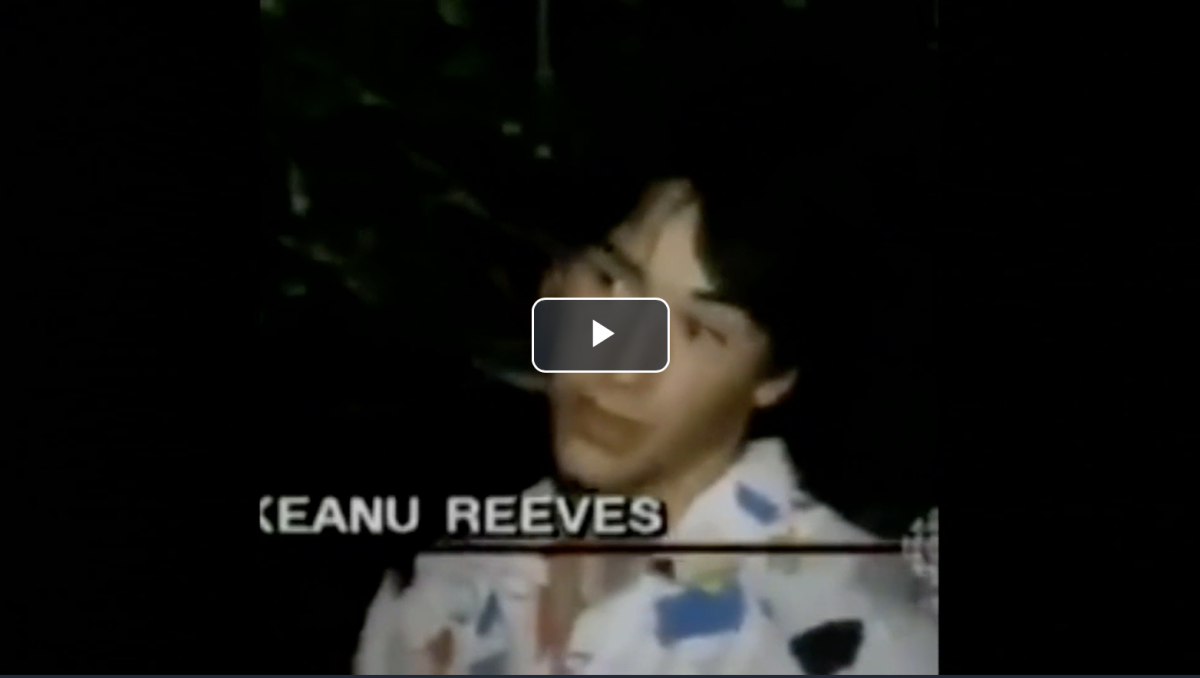 Keanu Reeves joined Jimmy Kimmel Live Wednesday where Kimmel surprised him with some very old footage from an interview Reeves did while doing press for one of his first film roles. In the grainy footage, Reeves almost appears awestruck at the experience of explaining his role.

“I didn’t know you were gonna do that,” Reeves said, adding, “Wow, that was a blast from the past.”

Reeves said that at the time, what he was promoting was called Young Again. He explained that he was just a struggling actor trying to get a foot in the door in Hollywood.

“I had a connection to someone who was a manager here in the states,” Reeves said, “and I went to meet an agent here in Los Angeles, and they were like, ‘It’s great, but you haven’t done anything. Come back when you’ve done something.’ I had an agent in Toronto. There [were] American productions coming to do — they needed Canadian content.”

“I auditioned for this side role,” Reeves said, “but then they were like, ‘Hey, you could be the guy. One of the guys.’ And I was like, ‘Cool.’ And so it was Lindsay Wagner and Robert Urich, and…” “Wow,” Kimmel interrupted, “Lindsay Wagner? Bionic Woman?”

According to Reeves, that role was what led to his start in Hollywood, which eventually led to him becoming one of the biggest movie stars on the planet.

“It was a big break for me,” Reeves said, “because it was, like, a Movie of the Week, it was a great role, and that allowed me to kind of get an agent in Hollywood.”

Check out how Kanye West dissed Kim Kardashian’s outfit: ‘Made me so mad I would have went to jail before I went out in that’: