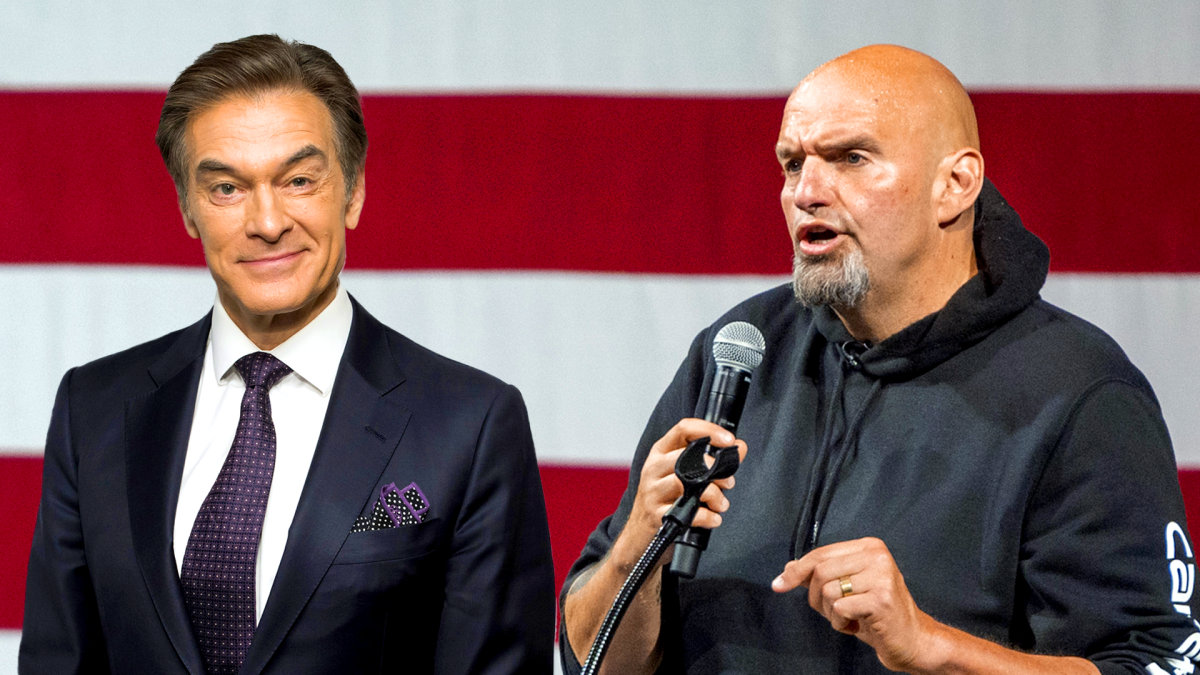 Pennsylvania Lieutenant Governor, and Democratic Senate candidate, John Fetterman and his wife Giselle appeared on The 11th Hour With Stephanie Ruhle, Wednesday, for Fetterman’s first televised interview since suffering a stroke earlier this year. Fetterman addressed his opponent, Dr. Mehmet Oz, and his campaign for repeatedly mocking the fact that he suffered a stroke.

“Desperation is the worst cologne,” Fetterman said, “and they understand that Dr. Oz’s campaign is in shambles, whether you look at the polls, you look at the fundraising. You know, they’ve just figured out that, you know, let’s appeal to folks that get their jollies making fun of the stroke dude.”

Fetterman also called out Dr. Oz for attempting to distance himself from his own campaign after receiving backlash for the mockery.

“If that’s your story, tell it the way you got to,” Fetterman said. “But he really should own those words, and he should just acknowledge that as a doctor, you are going around making fun of somebody that had a stroke.”

“When you look around and realize that there’s Pennsylvanians all across the state that have serious health crises in their own life,” Fetterman said, “and I don’t think anybody would want a doctor in their lives making fun of them, or laughing at their circumstances. But I just happen to have a doctor in my life to do just that.”

Fetterman also addressed the fact that he has struggled with his speech at times since the stroke, which has caused concern among some.

And Fetterman couldn’t help but take a shot at Dr. Oz’s crudités snafu that recently went viral. In April, Dr. Oz posted a video meant to make President Joe Biden look bad, in which, he was at a grocery store, which he mispronounced, complaining about the price of vegetables for his crudités. Fetterman reacted to the video at the time by saying that in Pennsylvania it’s simply called a veggie platter.

“My health now is robust, and I’m able to live a normal life,” Fetterman said. “Driving, going to the grocery store, not looking for crudités. But, you know, nobody can really see a difference.”

The 11th Hour With Stephanie Ruhle airs weeknights at 11 p.m. on MSNBC.

Watch a CNN legal analyst respond to the FBI filing on the Mar-a-Lago documents: ‘This is a national security nightmare’: