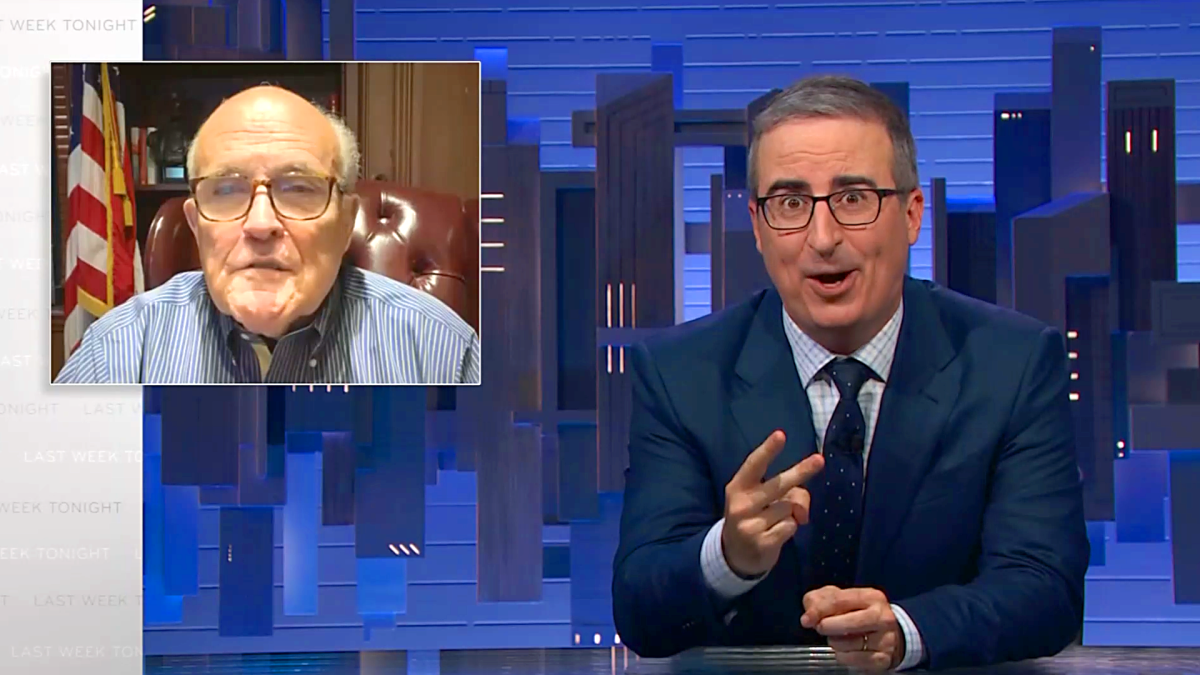 On Last Week Tonight With John Oliver, Sunday, Oliver called out former President Donald Trump’s former attorney Rudy Giuliani for his attempted defense of Trump for reportedly having highly classified documents at his Mar-a-Lago residence in Palm Beach, Florida. The FBI seized dozens of boxes while executing a search warrant of the property on August 8.

“If you look at the Espionage Act, it’s not really about taking the documents, it’s about destroying them, or hiding them, or giving them to the enemy,” Giuliani said. “It’s not about taking them and putting them in a place that’s roughly as safe as they were in in the first place.”

Oliver pointed to a recent claim by former Bachelorette contestant, and Trump supporter, James McCoy Taylor, to make the point that Mar-a-Lago is in no way as secure as the White House.

“Putting aside Rudy walking right up to the line of admitting on Trump’s behalf that he took those documents,” Oliver said, “if you’re comparing the security of two places, the two worst examples would be the White House, and the Florida resort where a failed Bachelorette contestant actually claimed on Instagram, ‘I snooped around pretty dang freely and the Secret Service wasn’t too worried about which room I went in.’”

Which led Oliver to one final point.

“It’s not exactly a secure storage facility,” Oliver said, “if youth pastor Ryan Reynolds here can just wander wherever the f*** he likes.”

Check out how Game of Thrones fans are reacting to the premiere of its spinoff House of the Dragon: