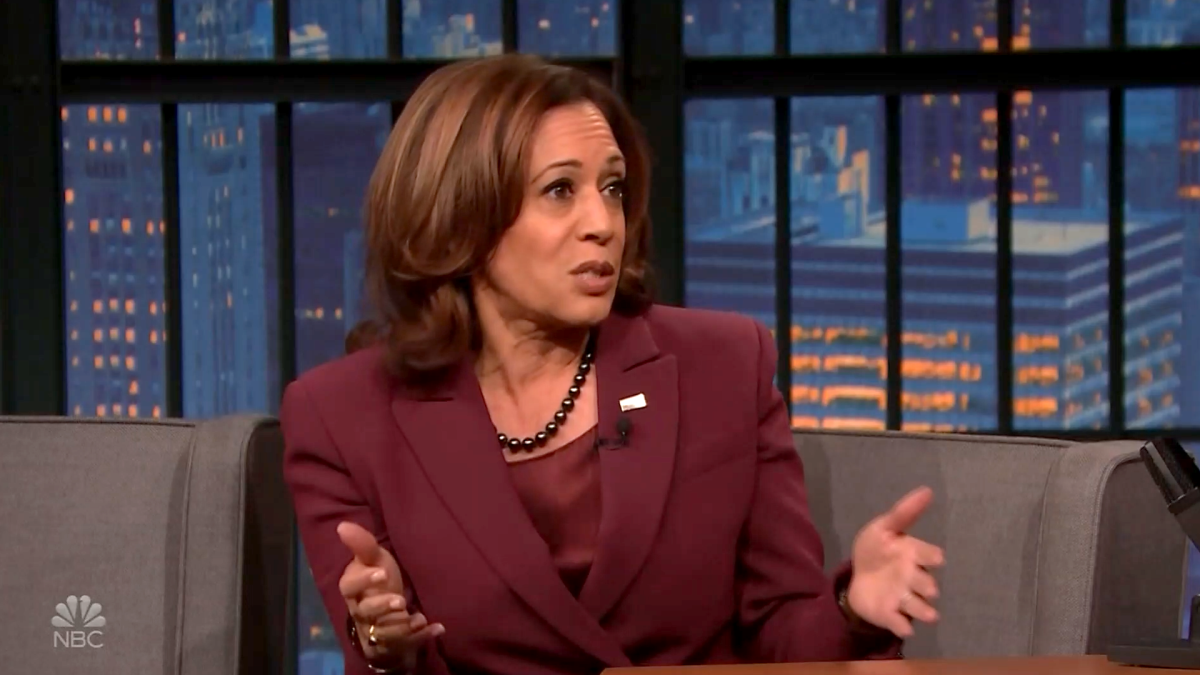 Vice President Kamala Harris joined Late Night With Seth Meyers, Monday, where she spoke about President Biden pardoning federal convictions for possession of marijuana. The announcement last Thursday was met with differing reactions from Republicans. GOP Representative Nancy Mace of South Carolina praised Biden, saying she had to “give credit where credit is due.” Utah Governor Spencer Cox, on the other hand, called the move a “desperate attempt to win votes.”

As some states have signaled they will not follow Biden’s lead, Harris said it’s up to Congress to pass legislation legalizing marijuana nationwide.

“Let me just start with saying this. I strongly believe, and the majority of Americans agree, nobody should have to go to jail for smoking weed, right?” Harris said. “We’re urging governors and states to take our lead and to pardon people who have been criminalized for possession of marijuana. And ultimately though, as with so many issues, if Congress acts, then there is a uniform approach to this and so many other issues. But Congress needs to act.”

Harris has advocated for the legalization of marijuana for years, and urged voters to keep the issue in mind when the midterm elections roll around on November 8.

“We’re 29 days away from the midterms,” Harris said. “Ask who you’re voting for where they stand on this, and I encourage you to vote accordingly.”

Watch Mark Hamill speak about being honored to. be. an ambassador for. Ukraine’s ‘army of drones’: ‘Drones define war outcomes’: