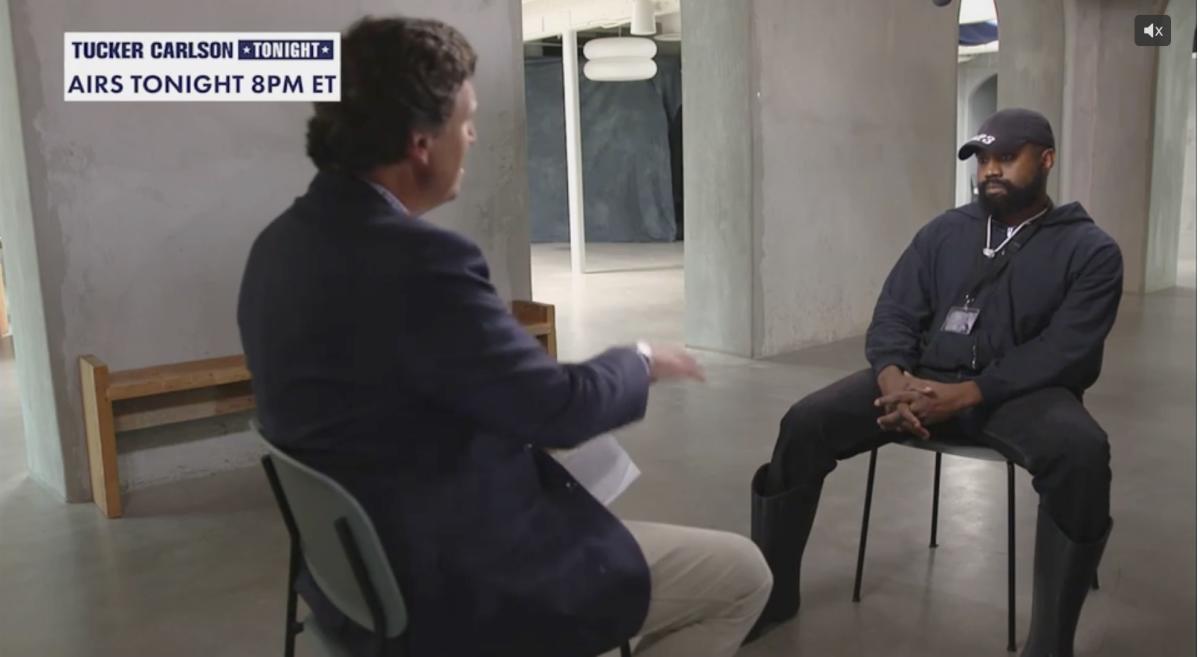 It’s been a whirlwind week for Kanye West. After stirring controversy with Monday’s Yeezy fashion show, where he and models sported “White Lives Matter” shirts, the 45-year-old rapper sat down with Fox News Channel’s Tucker Carlson where he sounded off on a number of hot-button issues, including abortion.

“You just came from Paris Fashion Week, you just landed and you have the lanyard still on from it and there’s a photograph on it. What is that?” Carlson asked.

“You designed that. Why? What does that mean?” Carlson probed.

“You wear it on a badge. What kind of response do you get?” Carlson asked.

West, who goes by Ye, doesn’t hide his conservative views. During his failed presidential run in 2020, the Grammy winner publicly revealed he and ex-wife Kim Kardashian considered aborting their first child. West’s talking point at the campaign rally was the beginning of the end of his marriage.

West also talked to Carlson about supporting Donald Trump. The rapper was the former president’s most famous supporter and didn’t shy away from wearing Trump’s signature “Make America Great Again” hat in public.

“My so-called friends/handlers around me told me if I said that I liked Trump that my career would be over. That my life would be over. They said stuff like people get killed for wearing a hat like that. They threatened my life,” West explained. “They basically said that I would be killed for wearing the hat. I had someone call me last night and said anybody wearing a ‘White Lives Matter’ shirt is going to be green-lit. That means they are going to beat them up if they wear it. I’m like, you know, OK, green light me then.”

West went on to condemn the media.

“We are in a battle with the media. Like, the majority of the media has a Godless agenda, and their jokes are not working,” West declared. “This whole like ‘Oh, Ye’s crazy’ and all these things, they don’t work because the media has, you know, they’ve also watched travesties happen, just even specifically to me, and just watch it and act like it wasn’t happening. And they stay quiet about it.”