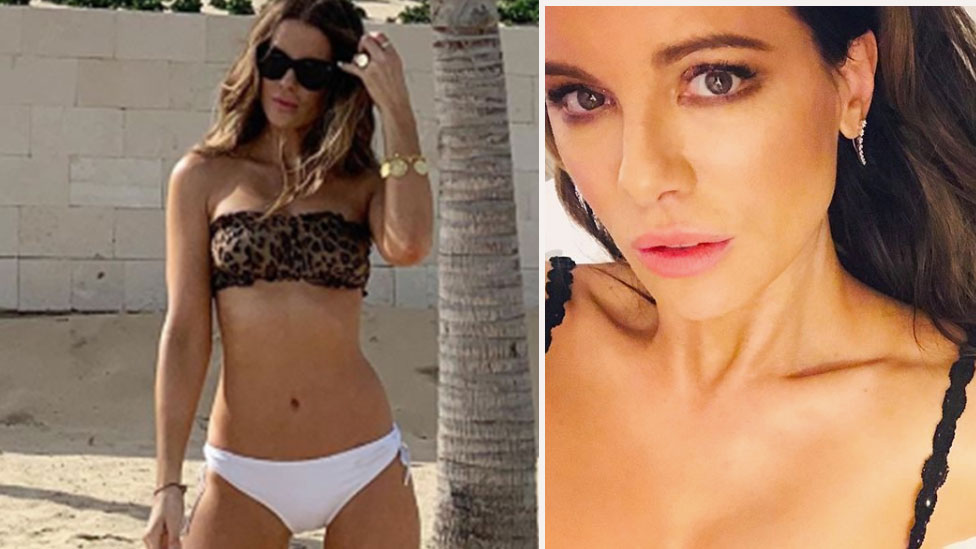 Kate Beckinsale has impressed Instagram fans with a bikini fashion show which hasn’t left much to the imagination.

“Out of office,” the 46-year-old stunner wrote on her social media account, with a photo of herself wearing a high-waisted strapless black bikini.

Paris Hilton even commented: “That’s hot”, with a fire emoji.

“What makes us human? Having to confront our own mortality, questioning our origins through philosophy, religion and science,” wrote Beckinsale.

“And the fact that if we wear white bikini bottoms we will, within the hour, sit on a choc ice.”

The second post was met with some amusing comments from people like Matt Dillon, who commented with a lightning emoji, and celebrity fitness trainer Gunnar Peterson, who said: “There is a bikini ‘drapes and carpet’ joke here but I just can’t seem to word it right…”

Beckinsale is on a winter break after finalising her divorce to director Len Wiseman, whom she married in 2004.

The Underworld star denied the rumors with an Instagram photo that included her and the Oscar-winning actor.

“I would like to point out that standing next to someone does not mean I am dating them,” wrote Beckinsale.

“Currently in line at the dry cleaners and if that’s true I’ve got a hell of a problem.”

Earlier in 2019, Beckinsale ended her four-month relationship with Pete Davidson (who is rumored to be currently dating supermodel Kaia Gerber).

Got a story tip or just want to get in touch? Email us at [email protected]