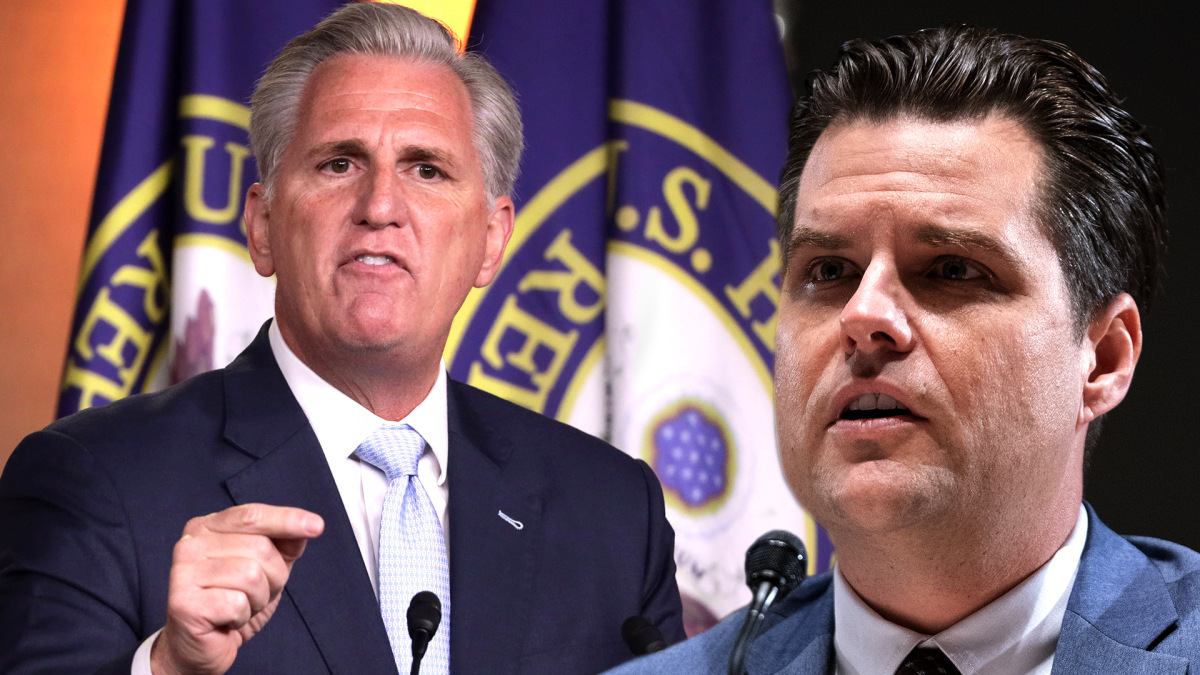 On Tuesday, another round of audio was released of House Minority Leader Kevin McCarthy’s supposedly private conversations. McCarthy earned the ire of fellow Republicans when audio was released last week of him talking about telling former President Donald Trump to resign following the January 6 insurrection at the Capitol. McCarthy had originally denied saying it, but Jonathan Martin and Alexander Burns, writers of the new book This Will Not Pass, released the audio.

This new audio comes amid a flurry of leaked text messages from former Chief of Staff Mark Meadows’s phone showing that multiple congressional Republicans were in on the failed plot to overturn the 2020 election.

In the new audio, McCarthy can be heard talking to Republican colleagues, like Rep. Steve Scalise, about fellow Republican legislators and their actions before and after the Capitol riot.

“I just got something sent now about Newsman, something Matt Gaetz said where he’s calling people’s names out, saying it’s anti-Trump,” McCarthy said. “In this kind of atmosphere — and some of the other places — this is serious stuff people are doing that has to stop.”

A woman’s voice can be heard saying that Gaetz specifically called out Rep. Liz Cheney, after which McCarthy says he’s going to call Gaetz because it has to stop.

At that point, Scalise adds, “It’s potentially illegal, what he’s doing.” “He’s putting people in jeopardy,” McCarthy replies. “We saw what people would do in the Capitol. These people came prepared with rope and everything.”

Can’t they take their Twitter accounts away too?Kevin McCarthy

McCarthy and others can be heard talking about Reps. Louie Gohmert and Mo Brooks. But it’s their reaction to a tweet by Alabama Rep. Barry Moore, read by an aide, that really stood out.

Tweeting about Ashli Babbitt, the rioter who was shot and killed while trying to enter a restricted area of the Capitol, Moore tweeted, “I understand it was a Black police officer who shot the white female veteran. You know that doesn’t fit the narrative.”

All on the call were shocked, and McCarthy wished some of his congressional colleagues would share the same fate as Trump, who was permanently banned from Twitter following the insurrection.

McCarthy asked, “Can’t they take their Twitter accounts away too?”

The Rachel Maddow Show airs weeknights at 9 p.m. on MSNBC.

Check out how Rebel Wilson made her high school teacher cry with a savage prank: