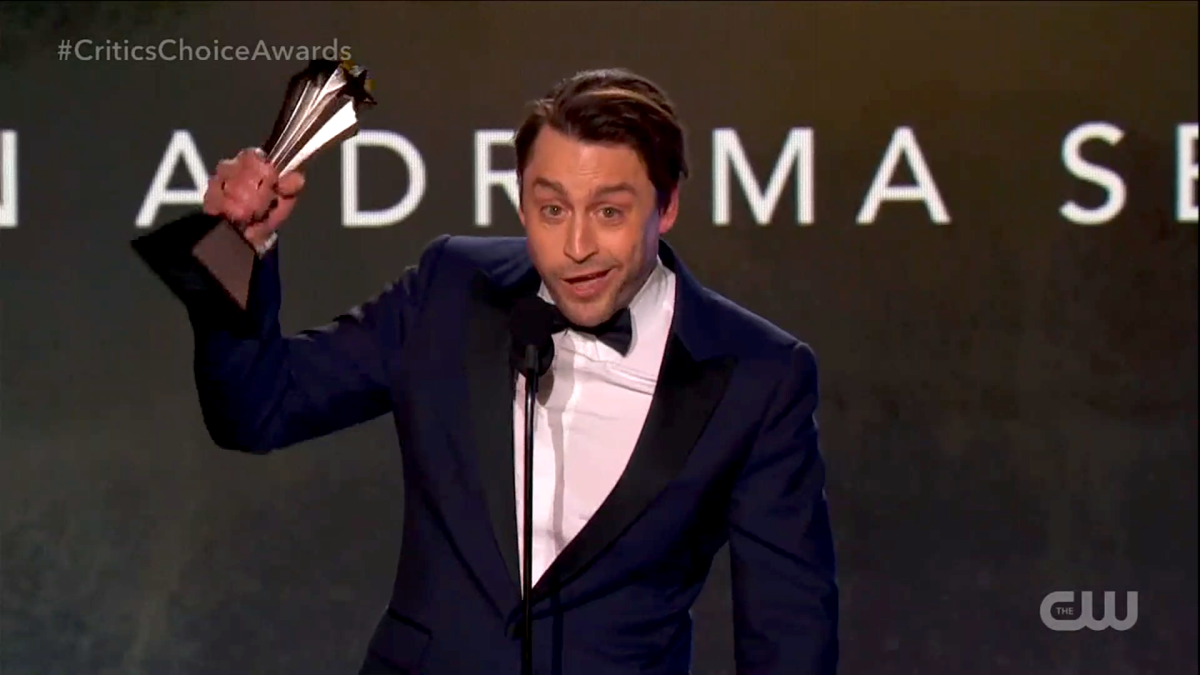 Kieran Culkin won Best Supporting Actor for his role as Roman Roy in HBO’s Succession at the Critics’ Choice Awards Sunday, and proceeded to give an epically bad, but incredible, acceptance speech. He stated at the outset that he hadn’t prepared anything.

“I was just telling Jeremy (Strong) how I really hope they don’t say my name,” Culkin said. “I was really looking forward to that relief of not having to say anything. I have not prepared anything, so anything can come out.”

And anything did come out. Culkin managed to acknowledge Succession creator Jesse Armstrong, the writers and his co-stars, then went on to divulge some information about two of them: Sarah Snook, who won Best Supporting Actress, and Matthew Macfadyen.

Kieran Culkin with the best speech of the night and he didn’t even try.

kieran culkin, u are a bloody legend. what a speech

But all good things must come to an end, which came as a relief to Culkin.

“I’m just dying up here right now. So — yeah, please, wrap it up. You’re right,” Culkin said to someone off camera. “I should have done that, like, 30 seconds ago. I should have walked up here and said ‘Thanks’ and then walked out because now I’m just making an ass of myself. But, yeah, thanks, you’re never gonna do this for me again. Thank you.”

For more check out Yahoo! Entertainment.

Watch stars voice their support for Ukraine at the Critics’ Choice Awards: