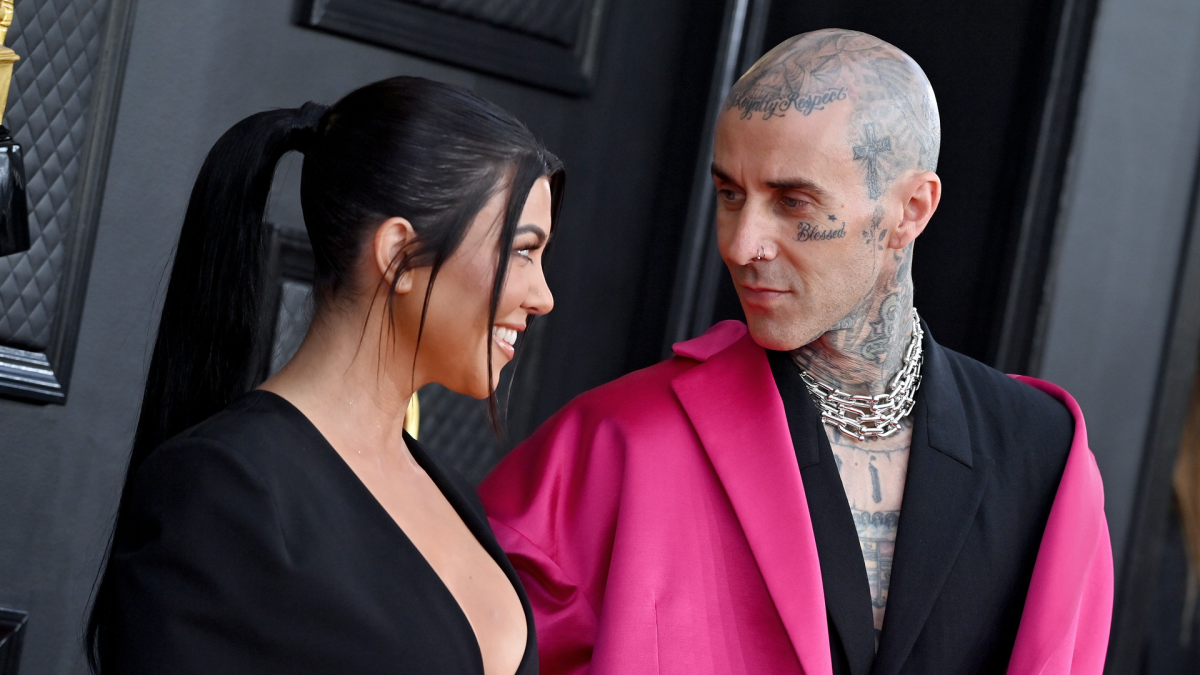 Most of the Kardashian clan joined Jimmy Kimmel Live!, Wednesday, where Kimmel asked Kourtney about her “fake” marriage to fiancé, rock drummer Travis Barker. Following a PDA-filled appearance at the Grammys in Las Vegas, Sunday, Kardashian and Barker hit a wedding chapel, with an Elvis and all, in the early morning hours of Monday. But there was a problem.

“It’s not called fake married,” Kardashian said, responding to Kimmel’s remark. “There was no possibility to get a marriage license at that hour.” Met with surprise that not everything in Vegas is available round-the-clock, Kardashian said, “That’s what I thought. And I’m like, ‘Are you guys serious?’ We asked, like, five times. What do we have to do to make this happen? It was 2 a.m. and they were like, ‘It opens at 8 o’clock.’”

Kardashian shared images from the nuptials on her Instagram earlier on Wednesday, but it turns out that without a marriage license, she and Barker are not legally married. But that piece of paper is not what’s important.

“We just did it anyways,” Kardashian said, “because it’s what’s in the heart.”

Though none of her family was there, her mother Kris Jenner knew it was happening, and sister Khloé was on FaceTime. Kim, on the other hand, was asleep and found out about it the next morning.