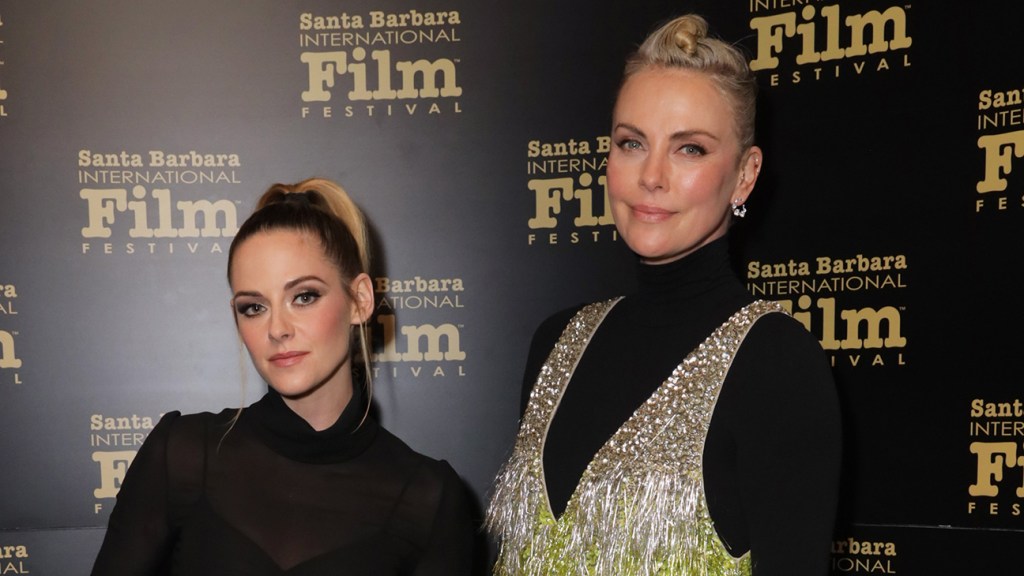 The Santa Barbara International Film Festival delivered a Snow White and the Huntsman reunion on Friday night when Charlize Theron turned up to present onetime co-star Kristen Stewart with an American Riviera Award for her Oscar-nominated performance as Princess Diana in Neon’s Spencer.

Oscar-winner Theron praised Stewart’s “real commitment” to the craft, something that shows in everything she does. She saved special words for Stewart’s work in the Pablo Larraîn-directed film. “It’s been so fun to watch the trajectory of your career,” Theron gushed. “Your most recent film, Spencer, I have to say is my favorite work of yours to date. It’s not an easy task to take on the most iconic figure in modern history, but you let us into this character. You gave us a glimpse into her soul in the most tactful and heart-wrenching way.”

Stewart accepted the trophy by saying she’s “in such a good place to receive it.” Before the heartfelt presentation from Theron, a Chanel couture-clad Stewart sat opposite Indiewire editor-at-large Anne Thompson for a Q&A about her career. The main event featured clips from her career including such films as Panic Room, Zathura: A Space Adventure, Into the Wild, Adventureland, Still Alice, The Runaways, Twilight, Happiest Season, Clouds of Sils Maria, Personal Shopper and, of course, Spencer.

The 31-year-old has been in the public eye the majority of her life, but when asked to open up on the moment she knew just how famous she truly was, Stewart said it had a little something to do with paparazzi and marijuana. “Two days before Twilight came out, I remember I was sitting on my porch with my dog and I got papped for the first time…sitting there smoking a bowl,” she said. “I look back on that moment with fondness.”

Same for the franchise. Of Twilight, Stewart said, “All of its faults are its strength because we just wanted it to be the best it could be,” she told Thompson. “We were all so young.”

In addition to juggling a busy awards season and all the commitments that come with it, Stewart admitted that she’s busy packaging a film that will see her make her feature directorial debut. “I’m trying to put a movie together right now,” she said. “I have a couple of balls in the air. I’ll tease you with that, but I’m very excited. The worst thing is when you can’t tell everything to everyone all at once.”

Though she didn’t reveal details, Stewart has been attached to direct The Chronology of Water, an adaptation of the memoir by Lidia Yuknavitch. In front of the camera, she next stars opposite Viggo Mortensen, Scott Speedman and Lea Seydoux in David Cronenberg’s Crimes of the Future. “I’m a masochist,” she revealed of acting. “I love how scary it is.”

See Stewart’s acceptance speech and other highlights below.