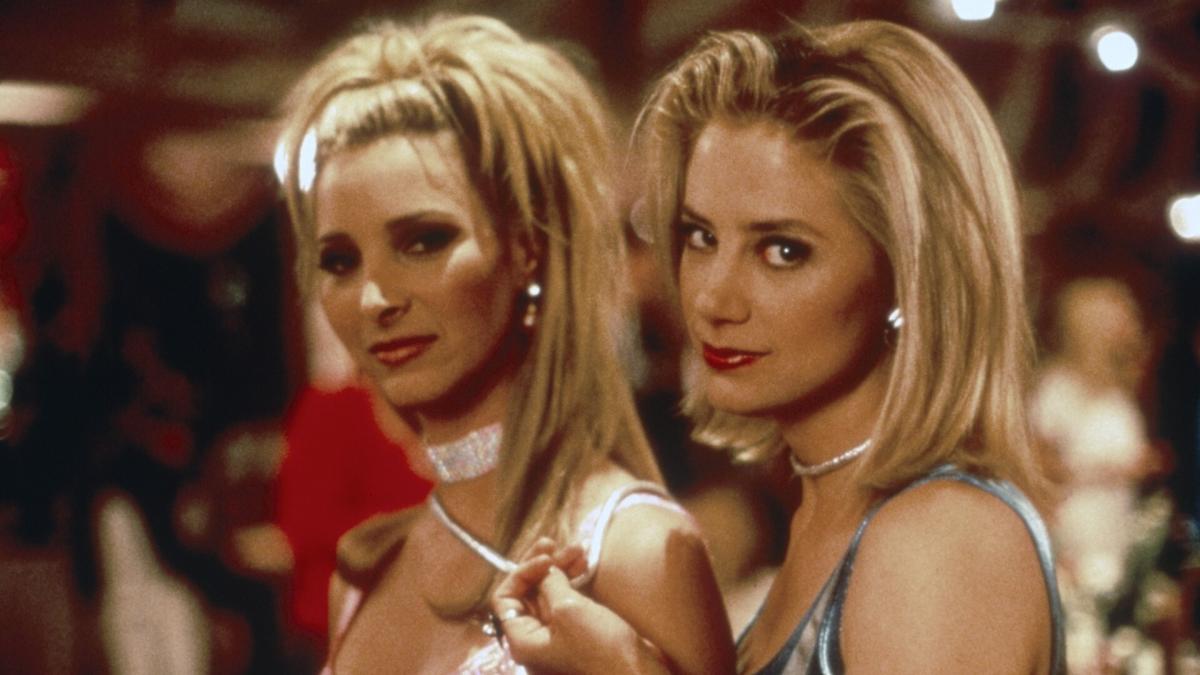 On Wednesday, Lisa Kudrow visited Jimmy Kimmel Live! to promote her new film Better Nate Than Ever. While Kudrow is probably best known for her role as Phoebe Buffay from Friends, it was a cult classic she starred in that grabbed all the attention.

During the recent SAG Awards, Kudrow was a presenter along with Mira Sorvino. The two of them starred in the 1997 film Romy And Michele’s High School Reunion. The two dressed in similar color outfits to what they wore in the film. It was quite the spectacle.

Jimmy Kimmel asked Kudrow, “Is there any chance that you may have a High School Reunion reunion movie?”

She quickly replied, “Yeah…it would be fun.” She claimed both actresses are apparently “enthusiastic” about the possibility of a sequel.

Kudrow is coming off a super successful Friends reunion and considering Romy And Michele’s High School Reunion is a cult classic, it only makes sense to make a reunion reunion movie.