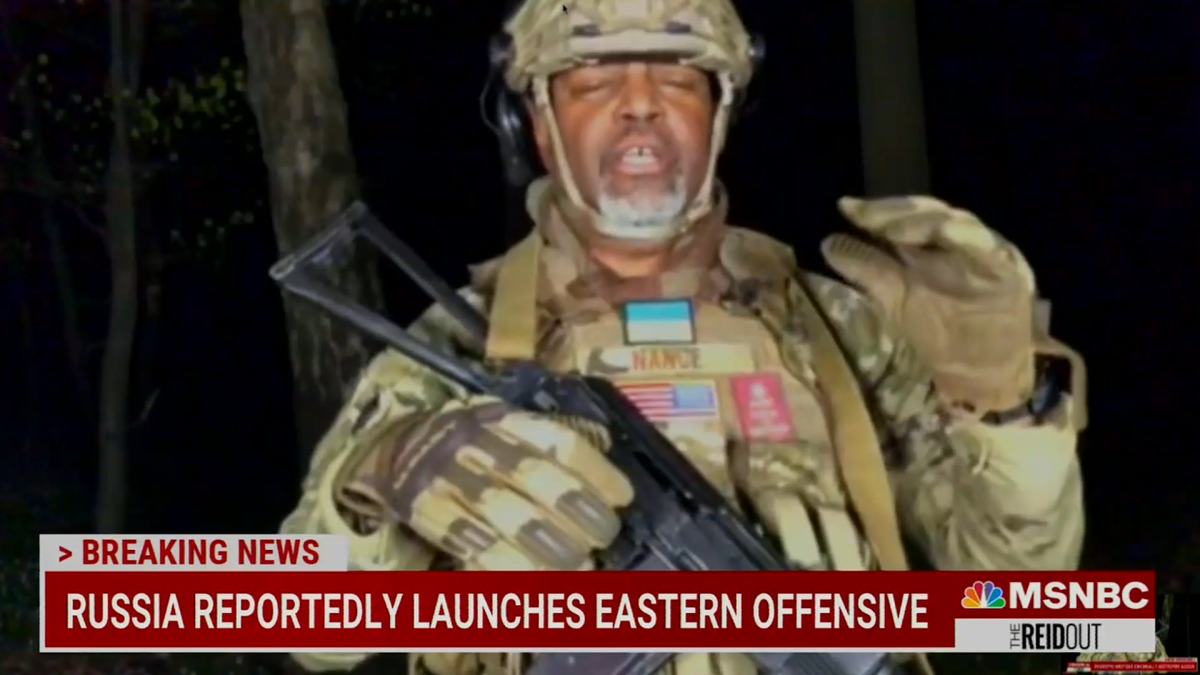 Former MSNBC analyst and U.S. Navy veteran Malcom Nance appeared on The ReidOut Monday from Ukraine, where he joined the International Legion of Territorial Defense to fight Russia’s continued invasion. For Nance, the war is personal, and he could no longer be a bystander.

“I spent quite a bit of time here in the pre-war period, and when the invasion happened, I had friends who are in Donetsk, who are in the Ukrainian army, who are writing to us and telling us, ‘We’re not gonna survive tonight. We’ve been hit 500 times,’” Nance said, adding “The more I saw of the war going on, the more I thought, I’m done talking, alright? It’s time to take action here. So about a month ago I joined the international legion here in Ukraine.”

Besides atrocities continually being discovered in formerly occupied areas, including mass graves and brutalized civilians, the Russian army appears intent on destroying entire towns. Nance said he’s there to fight for the survival of Ukraine.

“I am here to help this country fight, you know, what essentially is a war of extermination,” Nance said. “This is an existential war, and Russia has brought it to these people, and they are mass murdering civilians. And there are people here like me who are here to do something about it.”

Nance is just one of an estimated 20,000 foreign fighters to travel to Ukraine to fight for a common cause.

“We are here for one purpose and one purpose only, and that is to protect the innocent people of Ukraine from this Russian aggression.” Nance said, speaking of Russian destruction. “They are destroying infrastructure, and then you find that they go to the cities and they massacre men, women and children, and that is the fundamental reason everyone is here.” Nance later added, “We really have to assist (the Ukrainians) in any way to stop this, so I decided I came here to assist them with the skills that I have myself.”

The ReidOut airs weeknights at 7 p.m. on MSNBC.