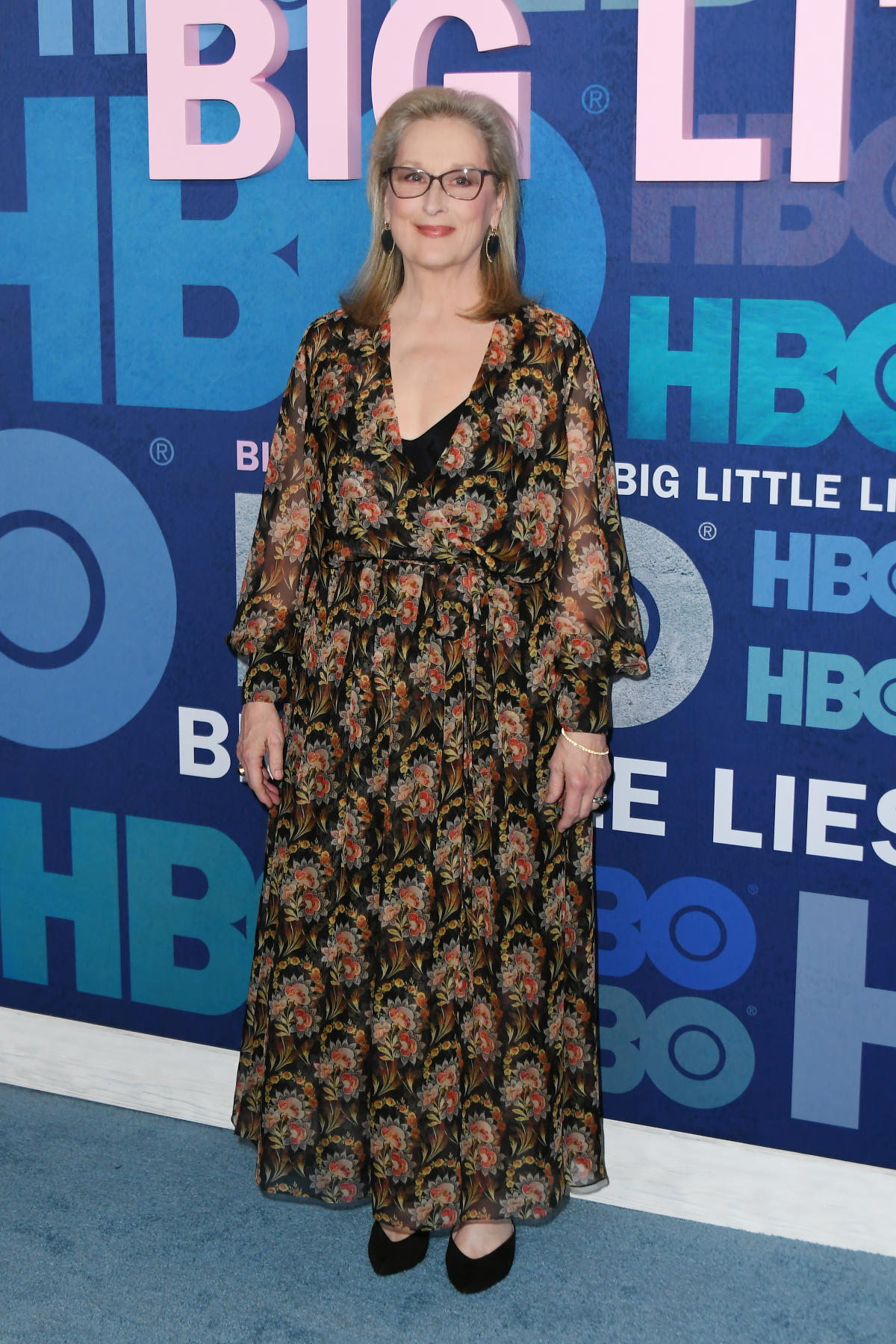 Meryl Streep may be famed for her role as notorious fashion editor Miranda Priestly in 2006 hit ‘The Devil Wears Prada’ but the actress has long claimed she “couldn’t care less” about her wardrobe.

Though we certainly don’t believe her, as the silver screen star’s wardrobe has been inspiring our shopping habits since she made her red carpet debut in 1977.

Something of a style maven – a phrase not to be thrown around lightly – Streep has been reigning the Hollywood fashion scene for the past five decades.

The early nineties saw her experiment with oversized blazers, micro sunnies and miniature handbags the supermodel set of today would coo over.

While she’s certainly found her sartorial footing in recent years courtesy of a long-running relationship with Lanvin – the designer behind that 2012 Academy Awards ensemble.

From her 2003 Oscars win in sparkly Armani to a colour-block Valentino dress we still can’t stop thinking about, we chart Meryl Streep’s most iconic style moments of all time.