This article originally appeared in the December 1975 issue of Esquire. You can find every Esquire story ever published at Esquire Classic. Are you a monthly Esquire Select member? Upgrade to annual now.

I think it was about 1954 when my mother got her mink. A Beverly Hills furrier had run into some difficulty with the Internal Revenue Service and he was selling off his coats. My mother would never have bought anything wholesale—she disapproved of it on grounds that I never understood but later came to suspect had something to do with being the daughter of a garment salesman—but there was a distinction between buying wholesale and getting a good price. She got a good price. It was an enormous mink. A tent. It came to her ankles, and at least two people could have fitted under it. The skins were worked vertically. I did not know this at the time. I did not know much of anything at the time, much less anything about the way mink skins were worked. A few years later, when I knew, all the furriers in America decided to work the skins horizontally; when I heard about it, I instantly understood that it would not make her happy to be wearing an Old Mink. But she always pretended that things like that meant nothing to her. She was a career woman who was defiant about not being like the other mothers, the other mothers who played canasta all day and went to P.T.A. meetings and wore perfume and talked of hemlines; she hated to shop, hated buying clothes. Once a year, after my father had nagged her into it, she would go off to a fashionable ladies’ clothing store on Wilshire Boulevard and submit to having a year’s supply of clothing brought to her in a dressing room larger than my current apartment. She grumbled throughout. I thought she was mad. Now I understand.

My guess is that my father paid for the mink, wrote the check for it—but he did not buy it for her. My parents worked together, wrote together, and there was no separation between his money and hers. That was important. Beverly Hills was a place where the other mothers wore minks their husbands had bought them. They would come to dinner. The maid would bring the coats upstairs and lay them on my mother’s bed. Dozens of them, silver, brown, black, all of them lined with what seemed like satin and monogrammed by hand with initials, three initials. I would creep into the bedroom and lie on the bed and roll over them and smell the odd and indescribable smell of the fur. Other children grow up loving the smell of fresh-cut grass and raked leaves; I grew up in Beverly Hills loving the smell of mink, the smell of the pavement after it rained, and the smell of dollar bills. A few years ago, I went back to Beverly Hills and all I could smell was jasmine, and I realized that that smell had always been there and I had never known it.

My mother wore the mink for years. She wore it through the horizontal period and into another vertical period, but it never became fashionable again; by the time vertical skins were back, furriers were cutting minks close and fitted. Eventually, she stopped wearing it and went back to cloth coats. She and my father had moved back to New York and she had less patience than ever for shopping. And then she was sick and went to bed. One Thanksgiving she was too sick to come to the table. My mother loved Thanksgiving almost as much as she loved making a show of normal family life. I knew she was dying.

The months went by, and she hung on. In the hospital, then out, then back in. She was drugged, and wretchedly thin, and her throat was so dry, or so clogged with mucus, that I could not understand anything she tried to say to me. If I nodded at her as if I understood, she would become furious because she knew I hadn’t; if I said, “What?” or, “I don’t understand,” she would become furious at the effort it would take to say it again. And I was furious, too, because I was there for some kind of answer—what kind of answer? what was the question? I don’t know, but I wanted one, a big one, and there was no chance of getting it. The Thorazine kept her quiet and groggy and hallucinating. When the nurse would bring in lunch, soft food, no salt allowed, she would look around almost brightly and say, “I think I’ll take it in the living room.” I would become so angry at her at moments like that, so impatient. I wanted to say, damn you, there is no living room, you’re in a hospital, you’re dying, you’re going off without having explained any of it. And she would look up and open her mouth just slightly, and I would put another spoonful into it.

Then it was September. Fall. The room had a nice view of Gracie Mansion and the leaves were turning. It was a corner room on the sixth floor, which is, for those who care, a little like being seated at the right table. She did care. She managed, almost until the end, to keep up appearances. If the nurse was new, she would raise herself a bit, lift her arm in a dear and pathetic waft, and introduce us formally. “Miss Browning,” she would say, “my daughter, Mrs. Greenburg.” (My mother and the fish market were the only people who ever thought of me as Mrs. Greenburg.) Then she would collapse back onto the pillow and manage a bare flicker of a smile. I found it unbearable to be there and unbearable not to be there. I was conscious that I was going through an experience that writers write about, that I should be acutely aware of what was happening, but I hated that consciousness. And I could not look at her. She would moan with pain, and the nurse would reach under her, move her slightly, and the sheet would fall away and I would catch a glimpse of her legs, her beautiful legs now drained of muscle tone, gone to bones. The hallucinations went on. Then, one day, suddenly, she came into focus, knew exactly who I was, and like a witch, what I was thinking. “You’re a reporter,” she said to me. “Take notes.”

Two days after she died, my sisters and I spent an afternoon—how to put this?—disposing of her possessions. It was an extremely odd day. People kept dropping in, somber people, to pay their respects to my father; in the bedroom were the four of us, not at all somber, relieved, really, that it was finally over, and finding a small and genuine pleasure in the trivial problem of what to do with her things. In the midst of it, my mother’s friend Sylvia came into the room. Sylvia, who snitched on me when I told her my first dirty joke, Sylvia, who my mother always said wore her girdle to bed—Sylvia came in and saw us trying on our mother’s clothes.

We went into the dining room.

“There’s something I have to tell you,” she said.

“Don’t tell your sisters,” she said.

“Lamston’s has paper underpants in stock,” she said. “I bought you a pair.”

Most of my mother’s clothes were sent to charity. And the evening dresses, the beautiful chiffon Galanos dresses my father had bought her, were too big for any of us. But there was the mink. And there I was. The eldest. The most grown-up. It occurred to me I could cut it down to size or line another coat with it. Something. I took it.

I don’t really want one: a mink coat is serious, and I would have to change my life to go with it.

A few weeks later, one of my sisters called. Did I take the mink? she asked. Yes. It’s not fair, she said. She didn’t even have a winter coat and I had hundreds and a big apartment and a rich husband and now I had the mink, too. You can have half of it, I said. She didn’t want half of it. She didn’t have the money for a winter coat much less the money to turn half a mink into something. What do you want? I said. She didn’t know. There were three more phone calls, each uglier and more vituperative, thirty years of sibling rivalry come to a head over an eighteen-year-old mink. I have to make it clear that I was as awful as she was. I wanted the mink.

Finally, one day, we met in front of the Ritz Thrift Shop on Fifty-seventh Street. I was carrying the mink. She was barely speaking to me. We went inside, and a lady came over. We said we wanted to sell the mink. The lady took the fur in her hands and turned it over, peeling away the coat lining to look at the underside of the skins. She spent a good half second with it. “I won’t give you a nickel for it,” she said. The skins were worthless. Shot. Something like that. We walked out onto Fifty-seventh Street carrying the mink. It was suddenly a burden, a useless assemblage of old worn-out pelts. I didn’t want it. She didn’t want it. A year later, my maid asked for it and I gave it to her. Shortly thereafter, my maid’s apartment was robbed and the burglar got the mink. 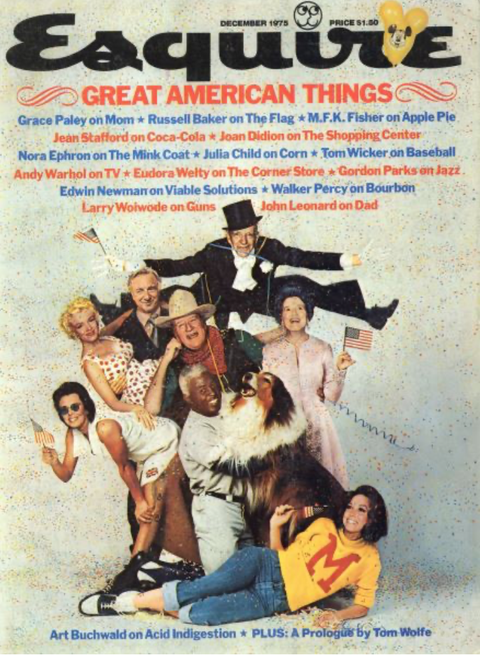 I will never have one. I know that now. And like a lot of things I will never have, I have mixed feelings about it. I mean, I could have one if I wanted one. I could squirrel away every extra nickel and buy myself, maybe not a perfect mink, but something made of mink noses or mink eyes or whatever spare parts make up that category of coats they call fun furs. But I don’t really want one: a mink coat is serious, and I would have to change my life to go with it.

But I love her for having bought one. She had the only kind of mink worth having, the kind you pay for yourself. That is not the answer I was looking for, but it will have to do.