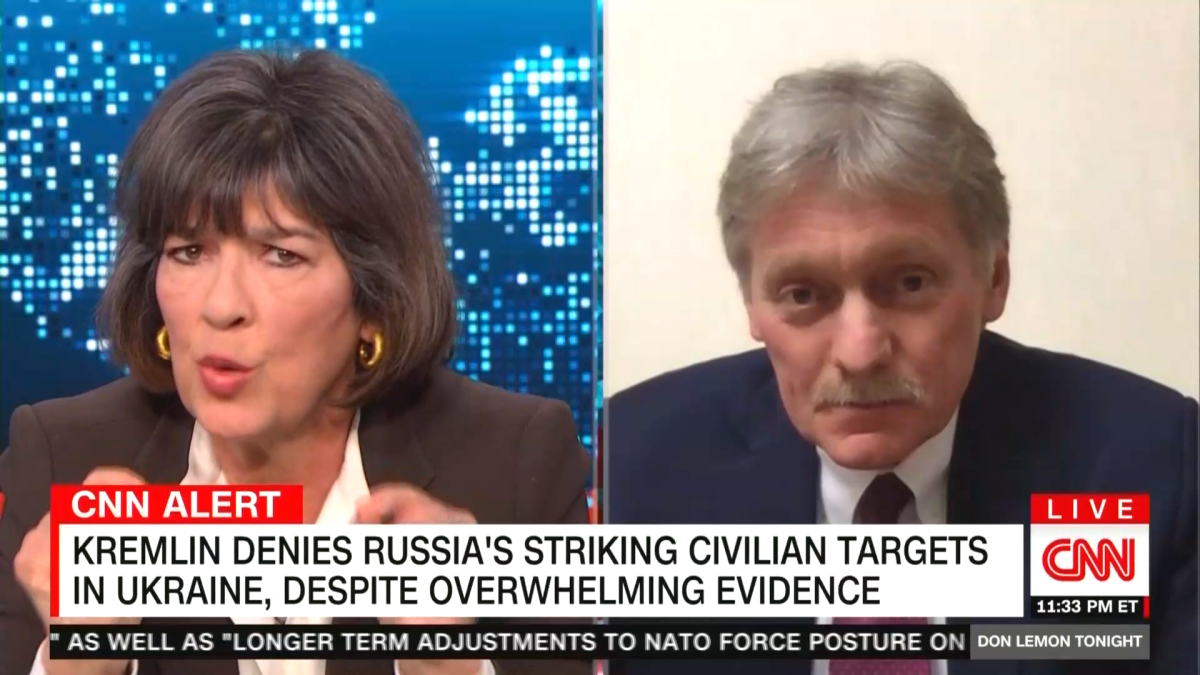 Russian President Vladimir Putin’s spokesman, Dmitry Peskov, spoke with CNN’s Christiane Amanpour Tuesday where he talked about the possibility of Russia using a nuclear weapon, and what might lead to that devastating action. Russian officials have threatened the use of nuclear weapons as a way to deter western powers from getting involved with their invasion of Ukraine.

“I need to ask you this, because the world is afraid, and I want to know if Putin intends the world to be afraid of the nuclear option,” Amanpour said. “Would he use it?” “President Putin intends to make the world listen to and understand our concerns,” Peskov said. “We have been trying to convey our concerns to the world, to Europe, to the United States, for a couple of decades. But no one would listen to us.”

When pushed, Peskov invoked Russia’s National Security Concept, which was amended in 2000 to allow for a wider range of reasons to use nuclear weapons.

“Well, we have a concept of domestic security, and, well, it’s public,” Peskov said. “You can read all the reasons for nuclear arms to be used.”

As Russia’s attack on Ukraine has stalled in many places across the country, fears of the use of nuclear weapons have arisen. But Peskov claims Russia would only use them if there’s an existential threat.

“So if it is an [existential] threat for our country, then it can be used in accordance with our concept,” Peskov said. “There are no other reasons mentioned in that text.”

For more on the Peskov interview check out CNN.com.