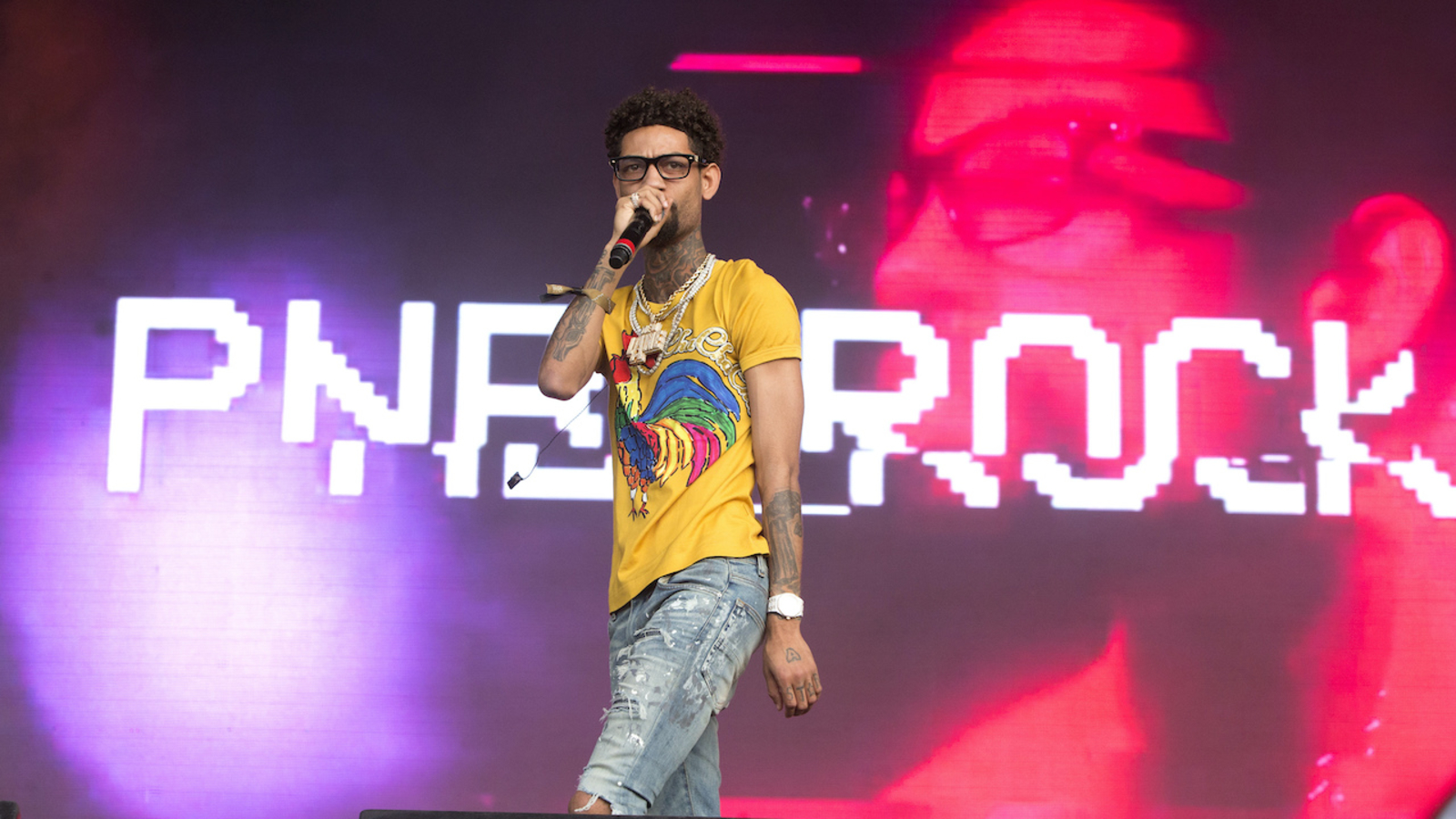 The shooting was reported at 1:23 p.m. at the restaurant in the 100 block of Manchester Avenue.

Police say the shooting was apparently committed during the course of a robbery.

The rapper was sitting at a table with his girlfriend – who had already posted a picture of their food and their location on Instagram.

“The victim along with a female witness were in the eating area at a restaurant, when they were approached by at least one suspect, who brandished a firearm and demanded property from the victim,” said LAPD Capt. Kelly Muniz.

“The suspect then shot the victim multiple times and removed property and then left the location in a getaway car.”

LAPD briefing on shooting at Roscoe’s

The victim was transported to a local hospital and later pronounced dead, she said.

At a press conference Monday, Muniz would not confirm the identity of the victim.

But sources tell Eyewitness News the person who was shot and later pronounced dead was the rapper PnB Rock.

The 30-year-old PnB Rock, born Rakim Hasheem Allen, is known for singles that include “Fleek” and “Selfish.”

He is originally from Philadelphia but is now based in Los Angeles. He has 2.5 million followers on Instagram.

Fans gathered near the restaurant to mourn the popular musician.

“His music was excellent,” said fan Sheldon Thompson. “He didn’t rap about the wrong things. He rapped about the right things. And he had a bright future ahead of him. Just to hear he didn’t survive is heartbreaking.”

Some fans also suggested he may have been deliberately targeted after his location was posted on social media. Detectives are investigating if that is the case.

“If you’re famous you know not to post your location anywhere,” said fan Aremesha Rivers. “I really feel like there’s a lot of setups going on.”