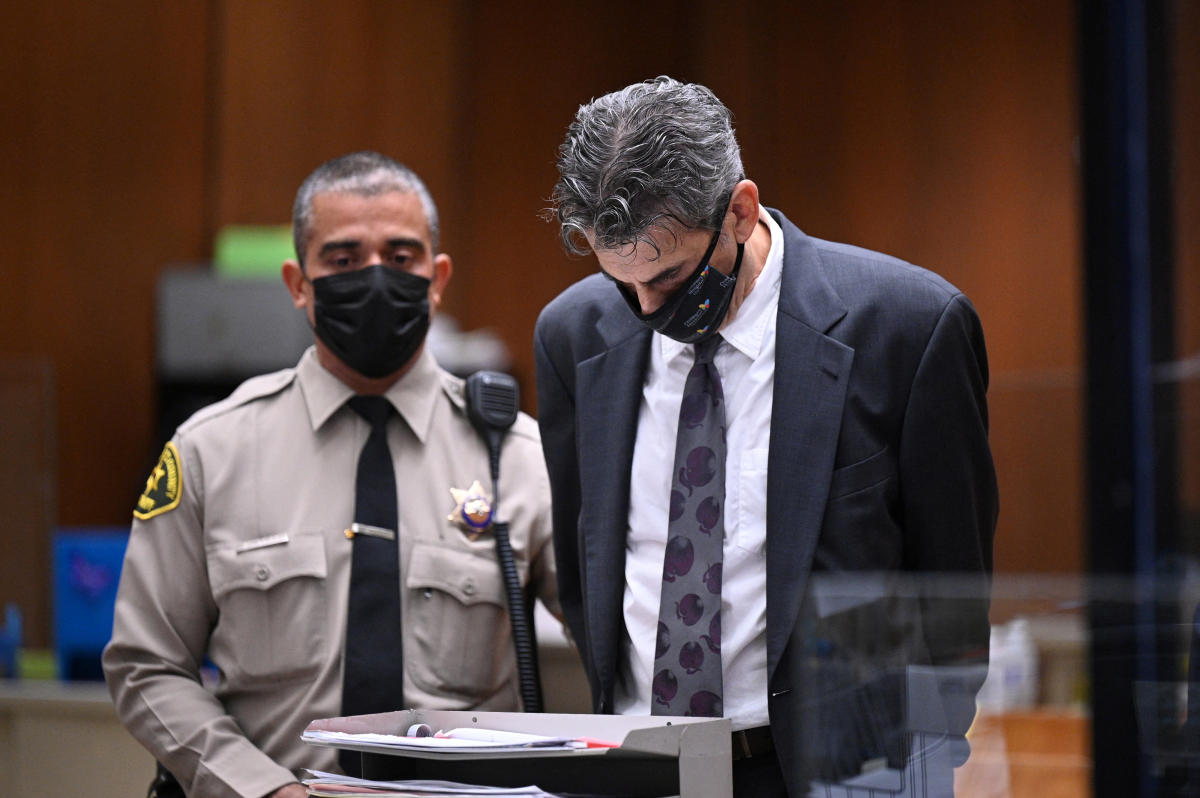 Hollywood producer Eric Weinberg was in court Tuesday in Los Angeles where the scene reportedly played out like one of his scripted shows — minus the comedy. Weinberg, who was charged with 18 counts of sexual abuse and assault earlier this month, was remanded into custody as a judge deemed him an active threat to society. Weinberg pleaded not guilty via his lawyer.

According to The Hollywood Reporter, Weinberg “crumpled onto the wooden bench behind him” as the judge noted how “the defendant has engaged in a pattern of violence towards women for over six years.” Weinberg, a writer for hits like Scrubs and Anger Management, was previously free on $5 million bail.

Weinberg, 62, is accused of sexually assaulting five women at different times between 2014 and 2019. According to prosecutors, he had a pattern of approaching women at public locations and told them he was a photographer. The Californication producer would allegedly lure them back to his home where they were assaulted.

Defense attorney Philip Cohen sought house arrest for his client after initially arguing for bail conditions like “no social media use, no talking to any female people you don’t know, no going to certain locations.”

Deputy District Attorney Marlene Martinez pushed for Weinberg to be remanded into custody as he awaits trial. “We believe [Weinberg] is a danger to society,” she said, per THR. “He approached any young female and uses his status as a writer-producer to manipulate these women.”

The judge sided with the prosecution and noted how the alleged crimes “occurred in the safety and privacy of his home.”

Weinberg was initially arrested in July on charges including rape. He was released on bond, but news of his arrest prompted dozens of other women to come forward. He was officially charged on Oct. 5. According to Martinez, the Los Angeles Police Department has received over 70 tips about the producer and is currently interviewing more alleged victims.