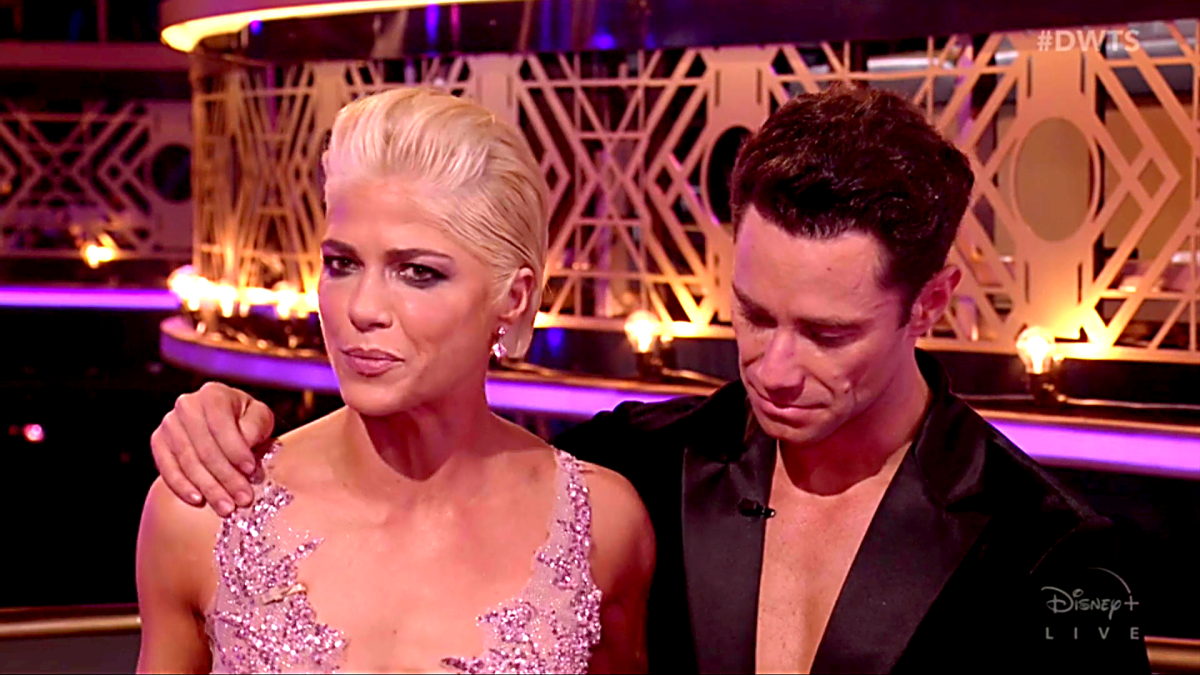 Nobody was eliminated on Dancing With the Stars, Monday night, but only because Selma Blair withdrew from the competition. The actress, who revealed her Multiple Sclerosis diagnosis in 2018, has been an inspiration to viewers throughout the competition. However, doctors have been monitoring her health since she began and have noticed excessive damage to her body.

“I can’t go on with the competition,” Blair told her partner, Sasha Farber. “I pushed as far as I could.”

The Cruel Intentions star explained that her chronic illness has made her more susceptible to significant injury.

“My body is definitely taking a hit,” Blair said. “It’s way too much for the safety of my bones. There’s just intensive bone trauma and inflammation among rips and tears. So I could do extensive damage, that of course I do not want.”

Before exiting, however, Blair wanted to perform one last dance with Farber. There wasn’t a dry eye in the house as she waltzed around the ballroom.

Following the dance, head judge Len Goodman said to Blair, “This competition is tough for everyone. But if the others have climbed hills, you have climbed mountains.”

Selma Blair has been such an incredible advocate for people living with chronic illnesses, and Sasha has been such a supportive partner accommodating her when he can. I’m so proud of her strength and courage. #DWTS

The final performance was emotional for fans, who were proud of her for what she accomplished. One person tweeted, “Selma went out like a queen, she really made everyone in that audience feel something tonight.”

Even though her score was technically irrelevant, it didn’t seem that way when all the judges gave her perfect 10s. But that wasn’t the only thing she prized from the night, as she got to teach her son a lesson in life.

“Arthur, I love you the most,” she said, while hugging him. “And I just want to say I loved this. And sometimes there’s gonna be uncomfortable things for you in life and you just do it with a smile.”

Dancing With the Stars streams Mondays at 8 p.m. on Disney+.