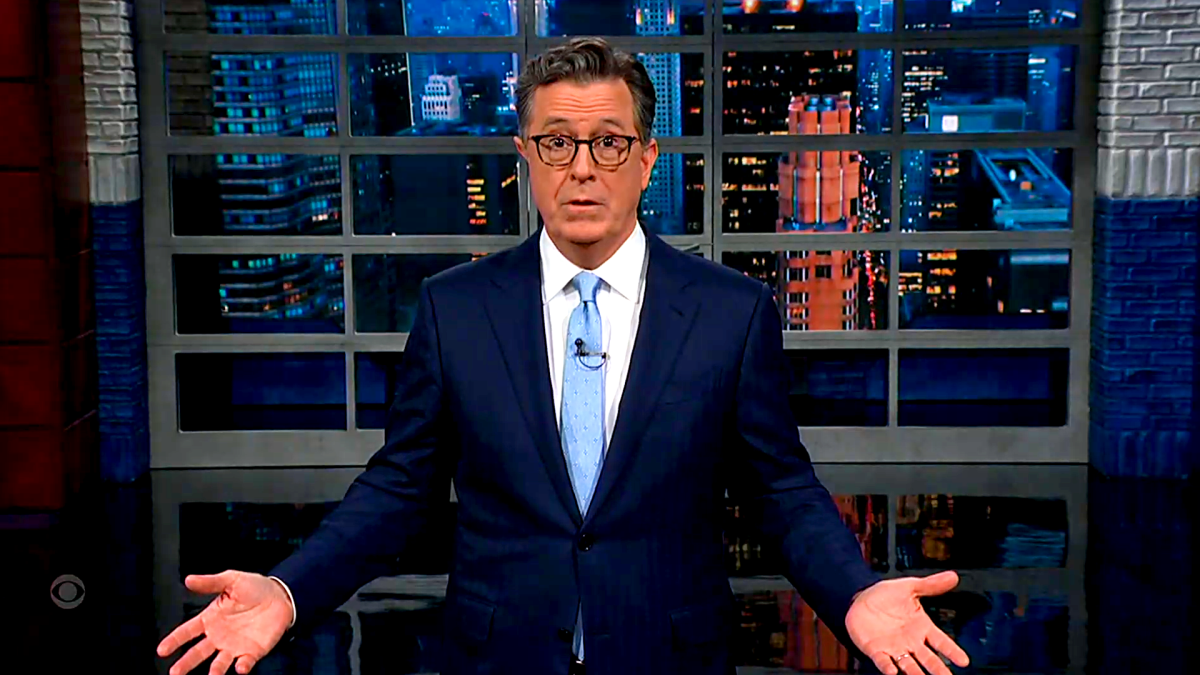 On The Late Show With Stephen Colbert Monday, Colbert opened the show by addressing the arrest of some of his staff at the Capitol complex in Washington D.C. late last week. Colbert’s staff was there with Robert Smigel, who voices Triumph the Insult Comic Dog, covering the January 6th hearings. Colbert said that both Republicans and Democrats were willingly interviewed.

“Triumph and my folks shot for two days in congressional offices across the street from the Capitol building,” Colbert said. “They went through security clearance, shot all day Wednesday, all day Thursday, invited into the offices of the congress people they were interviewing, and that’s very important.”

Colbert said that Smigel and the crew were just taking care of “some last minute puppetry” in a hallway when they were approached and detained by Capitol police.

I am shocked I have to explain the differenceStephen Colbert

Colbert then addressed how the incident has been covered by some in conservative media, like Fox News. Some have tried to equate the arrest of Colbert staffers shooting a comedy bit to the violent insurrection at the Capitol on January 6, 2021.

“A fairly simple story,” Colbert said, “until the next night when a couple of the TV people started claiming that my puppet squad had, quote, ‘committed insurrection at the U.S. Capitol building.’ First of all, what? Second of all, huh? Third of all, they weren’t in the Capitol building.”

So Colbert explained the vast difference between the two situations.

“I am shocked I have to explain the difference,” Colbert said, “but an insurrection involves disrupting the lawful actions of Congress and howling for the blood of elected leaders, all to prevent the peaceful transfer of power. This was first degree puppetry. This was hijinks with intent to goof.”

Colbert went on to suggest that this sort of coverage of the arrests is nothing more than an attempt to pull attention away from the actual violent insurrection at the Capitol, and is disrespectful to the men and women who fought to defend it that day.

“They want to talk about something other than the January 6th hearings on the actual seditionist insurrection that led to the deaths of multiple people, and the injury of over 140 police officers,” Colbert said. “But drawing any equivalence between rioters storming our Capitol to prevent the counting of electoral ballots and a cigar-chomping toy dog is a shameful and grotesque insult to the memory of everyone who died, and it obscenely trivializes the service and the courage the Capitol police showed on that terrible day.”