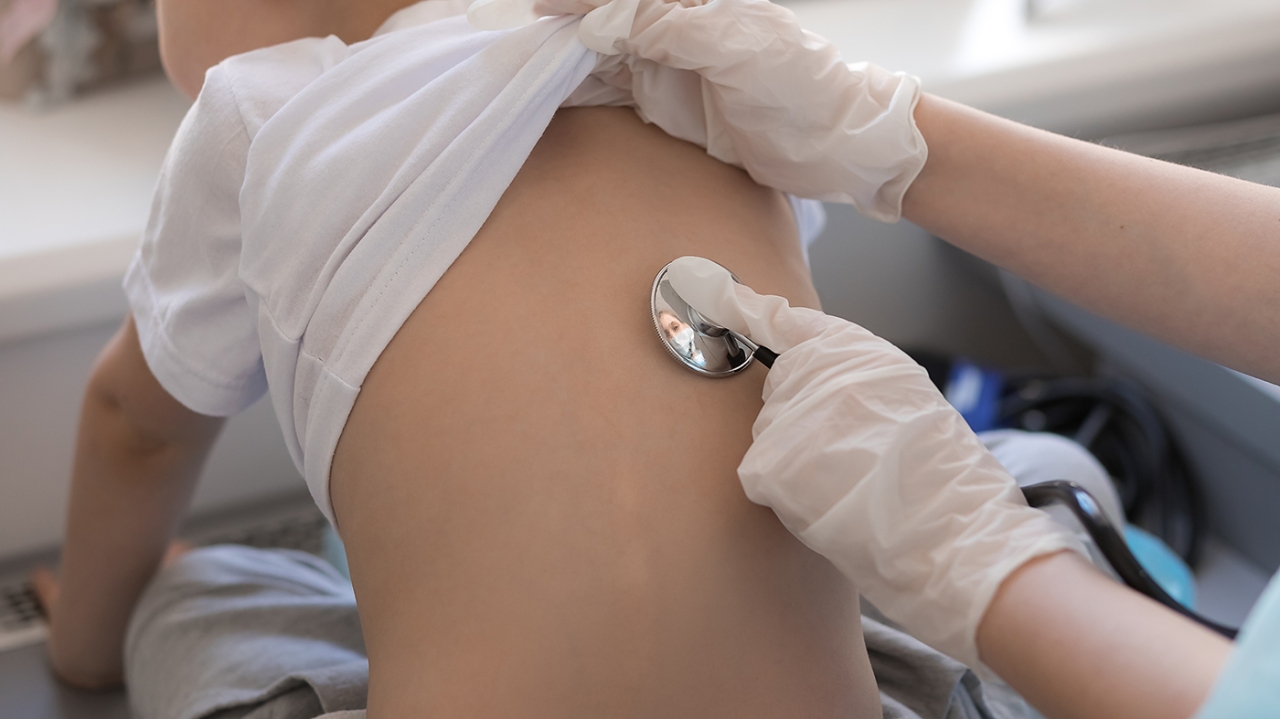 Children’s hospitals across the country are dealing with a surge in cases of respiratory syncytial virus (RSV), stressing health care services and millions of parents with ailing children.

RSV is a common and generally mild illness, but millions of children are being exposed later in life because of the coronavirus pandemic. Babies walled off during the pandemic didn’t get RSV, and now children born just before or during the pandemic are getting it in droves.

“We had RSV last year, but it wasn’t to the level this year, partially because we were still doing some of the mitigation efforts around masking and people were still staying away,” said Jason Newland, a pediatric infectious diseases specialist at Washington University in St. Louis.

“We’re seeing older patients that are being admitted with RSV because they’ve just never seen it before,” he said. “And your first illness is usually the worst and it’s leading to some more people being hospitalized.”

The crowded hospitals are also a concern because the nation is expecting a difficult flu season and rising cases of COVID-19 as temperatures get colder and people spend more time indoors.

Newland said St. Louis Children’s Hospital has seen “super high” RSV admissions in the past two to three weeks, levels he has not seen in the six years he has been at that location.

Providers in other states have reported similarly high admissions. Caroline Njau, senior vice president of patient care services and chief nursing officer at Children’s Minnesota, said this year’s RSV surge far outpaces what she has seen in at least the past six years.

“The cases continue to rise and we have not seen a peak yet,” said Njau. “And RSV itself makes up about two-thirds of the respiratory viral illnesses that we’re seeing.”

Publicly available data from the Centers for Disease Control and Prevention (CDC) indicates a strong presence of RSV in the Midwest, with states like Minnesota, Nebraska, Missouri and Wisconsin among the top ten states in terms of positivity rates. This data, however, is incomplete, with about a quarter of states not reporting any case data.

The CDC on Friday said in a briefing that RSV cases are rising in 8 out of the 10 regions that states are divided into under the Department of Health and Human Services. The southeast and south-central regions of the U.S. are seeing decreases in cases, including states like Alabama, Arkansas, Florida, Georgia and Texas.

Andrew Pavia, chief of the Division of Pediatric Infectious Diseases at the University of Utah, noted that RSV cases moved in a wave from the southeast to the northwest this year, a reversal for the virus that has usually been observed from west to east across the U.S.

Although RSV is a very common pathogen, Pavia said it is “considerably more complicated” in terms of how it transmits.

Pavia noted that it could be a good thing that the virus is not reaching equal levels of severity across the entire U.S.

“There are regions in which the pediatric health care system is really overwhelmed and there are no ICU beds for children throughout the entire region. And that’s happening right now in the Midwest where people are reaching across two or three states to find an ICU bed,” he said.

The health care providers who spoke with The Hill agreed that this recent RSV surge has highlighted issues within the U.S. pediatric health care system, both old and new.

Newland said there are concerns that staffing at children’s hospitals may not be enough, which could lead to situations where some services like non-emergency surgeries are delayed, similar to what occurred during the hardest parts of the COVID-19 pandemic.

Pavia noted that pediatric health systems have lost many staff members in the past three years and the remaining workers are dealing with burnout.

Another issue that providers are citing is the lack of capacity at children’s hospitals. Stephen Dolter, division chief of pediatric hospital medicine at Children’s Hospital & Medical Center in Nebraska, said his primary concern during this viral surge was running out of space.

“We’ll stretch however we can to get them into the hospital, whether that’s repurposing hospital space playrooms into treatment patient rooms, or repurposing our emergency department into an inpatient unit,” said Dolter.

There are no vaccines for RSV, though Pfizer announced promising results from a maternal vaccine earlier this week. Monoclonal antibodies are sometimes used as a mostly preventative measure for children who are at a high risk of developing severe illness. The providers who spoke with The Hill said they have so far not had any issue procuring and maintaining a sufficient supply of monoclonal antibodies.

Health experts and providers say it is critical that parents recognize the signs that a child should go to the hospital for care if they do contract a respiratory infection. RSV symptoms usually manifest about two to eight days after exposure to the virus and the symptoms will typically last about a week on average.

G7: Russia would face ‘severe consequences’ for any use of chemical, biological or nuclear weapons Defense & National Security — US to fund tanks for Ukraine in $400M package

Njau from Minnesota Children’s advised that parents look out for signs that their child is struggling to breathe easily. If breathing has become difficult, then an infant will start taking short, quick breaths and may be grunting as they breathe. A child’s ribcage going inward when they inhale is also an indicator that they are working too hard to breathe.

A child’s skin may also take on a blue or purple tint if they are not getting enough oxygen. In children with darker skin tones, a lack of oxygen can manifest in a similar change in coloring in their lips, gums and around their eyes. Njau said parents should also look out for signs that their child is dehydrated or has lost their appetite.

“Fortunately, almost all children recover from the infection on their own, but for those especially those who might have been born premature [and] have other co-morbidities [it] can have a significant impact in the respiratory system. And that’s why it’s really important for them to seek care,” Njau said.