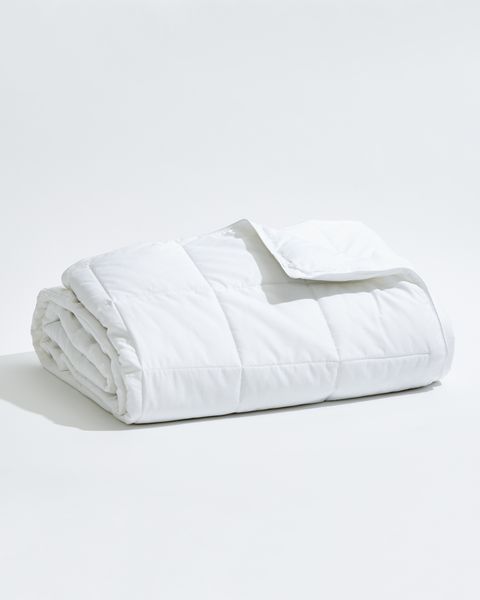 I live in hell… That is, my 35th-floor apartment bedroom whose sweeping floor-to-ceiling windows get hit with direct, penetrating sunlight. Jack Frost could color the city all white outside, but as long as the sun is up and blazing, it feels like peak summer for me indoors.

By extension, I also sleep in hell, because even after the sun goes down the heat stays trapped inside and I have very little, if any, air flow at all. It feels like those sizzling ultraviolet beams seep into my mattress, only to turn into a volcano ready to erupt the heat back onto my body at night. Even with the AC on, whenever I slip into my bed, I must reluctantly start my second job as a hot sleeper.

So, how do us hot and sweaty sleepers fight off the heat without compromising on a cozy comforter? In comes in an ingenious fix: Slumber Cloud’s Lightweight Comforter, made with all the right fluff. It’s not a paradox of fighting fire with fire, nor is it abracadabra; it’s simply pure science. After snuggling up in it during both cold and warm nights, it’s now the only one I sleep with. And yes, it works in every temperature, year-round. 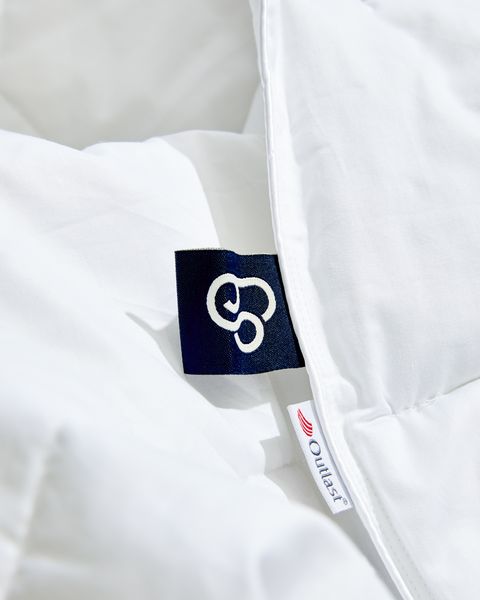 The Outlast® tech stores then releases body heat to keep you cool and cozy all night long.

Slumber Cloud has one big advantage over other comforter makers on the market: The brand integrates Outlast, which is a temperature regulating technology developed by NASA, into its bedding. Case in point, underneath the Lightweight Comforter’s cotton cover is the down-alternative fill infused with Outlast phase change material, which our fellows at the space station are probably wearing in their spacesuits right now. It protects astronauts against extreme temperature fluctuations in space by absorbing excess body heat when the surrounding gets hot, and then releasing it when it gets cold. Not that your bedtime as a hot sleeper is even remotely close to that extreme extraterrestrial condition (thought it sure feels like it sometimes), but curling yourself up in a spacesuit material at night does seem like the scientific way to thwart through a heat wave. With that, it’s goodbye night sweats and turning AC all the way down to 60 degrees. 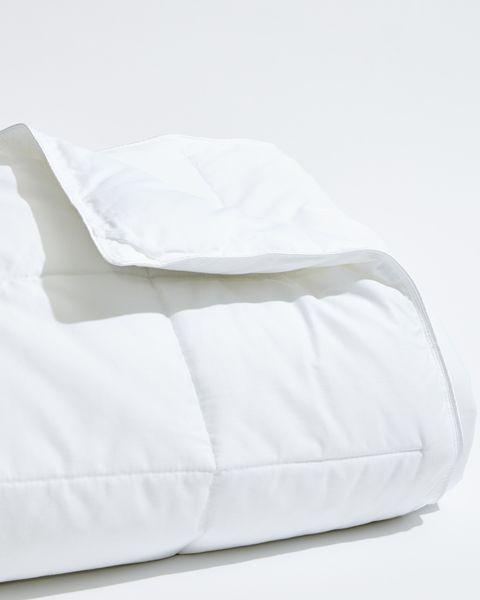 Since Outlast is the main character of this story, here’s more on how it really works. In Slumber Cloud’s Lightweight Comforter, the material comes in the form of ClimaDry fiberfill. It stores and releases body heat when needed, as you know already; but it also does so proactively, not reactively. Sleeping in it is thus like nestling in a Google-Smart-Thermostat-backed cover: When your body gets hot, the Outlast ClimaDry fill detects and stores that heat to keep you cool, and releases it as your body gets cold, thereby keeping your body at its comfort zone. That genius construction makes this comforter work like magic, every night, every season of the year.

For someone in my case, whose own bedroom has its own extreme sweltering climate, the comforter’s Outlast ClimaDry fiberfill has another trick under its sleeve: It can regulate and better the microclimate of my bed by moderating the heat built up there from hours of sunlight exposure. So, when it’s time for me to slip into bed, it’s already been working, and keeps me feeling just right under the covers. 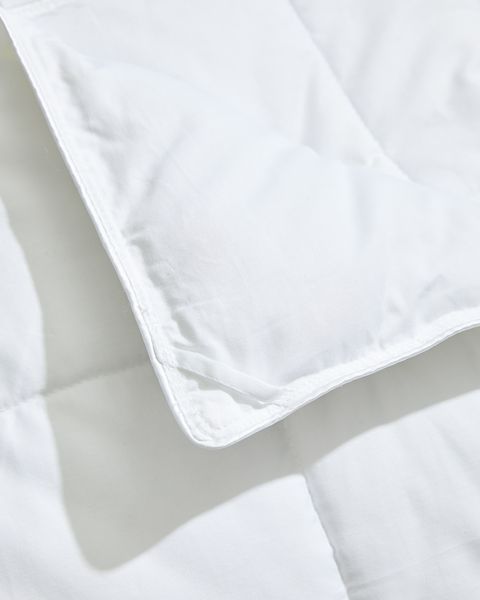 The down-like ClimaDry™ fiberfill feels light as a cloud, yet it’s fluffy and cuddly.

It’ll hug you gently, not smother.

Now, enough of the hoo-ha about temperature regulation. Let’s get on with the “lightweight” part of the comforter, which only weighs about five pounds in queen size, and is one-quarter-inch thick—that’s practically flimsy like feather. Nevertheless, the fiberfill inside still provides a fluffy, cloud-like feel. That’s the mojo of this comforter: You get the best of both worlds, snuggling up in a downy, voluminous cloud-like comforter, which is a cut above your old hefty winter bedding that smothers (not to mention feeds into the heat). All in all, Slumber Cloud’s snuggly Lightweight Comforter is made with some seriously impressive specs that’ll keep you at the perfect temperature year-round, which is worth every penny.