Let’s talk about pandas. Not the animals—though they’re fun, too–but the dials. If you’re not particularly deep into the watch world, you may not know the nomenclature, but it means something specific. You’ve got your classic panda dial, in which a lighter colored dial (usually white, sometimes cream) is complemented by black sub-dials. You’ve also got your reverse panda dial, which flips the configuration, dropping white sub-dials on black. As you might suspect, you’re generally going to find this setup on a chronograph, seeing as the complication tends to present with three sub-dials to help you track the time elapsed since you started timing whatever it is you’re timing, for instance a lap in a car race.

A lot of folks get hot under the collar for panda chronographs, thanks in no small part to their popularity during the golden age of motorsports during the ’60s and ’70s. There’s also the fact that the infamous Paul Newman Daytona—aka the Rolex that smashed world records when the one owned by the actor sold at auction in 2017 for a whopping $17.8 million—featured a classic panda dial. Personally, I find myself drawn to the dark side, as the preponderance of black-dial watches in my collection will prove. I also don’t have anywhere near enough money to snag a watch collector’s holy grail like a Daytona.

So, it was very welcome news when Timex announced this week the release of a new watch in the Q Timex line: a reverse panda chronograph that feels like it was beamed in from the design’s 2oth century heyday just to bring some extra joy to 21st century watch collectors’ lives. 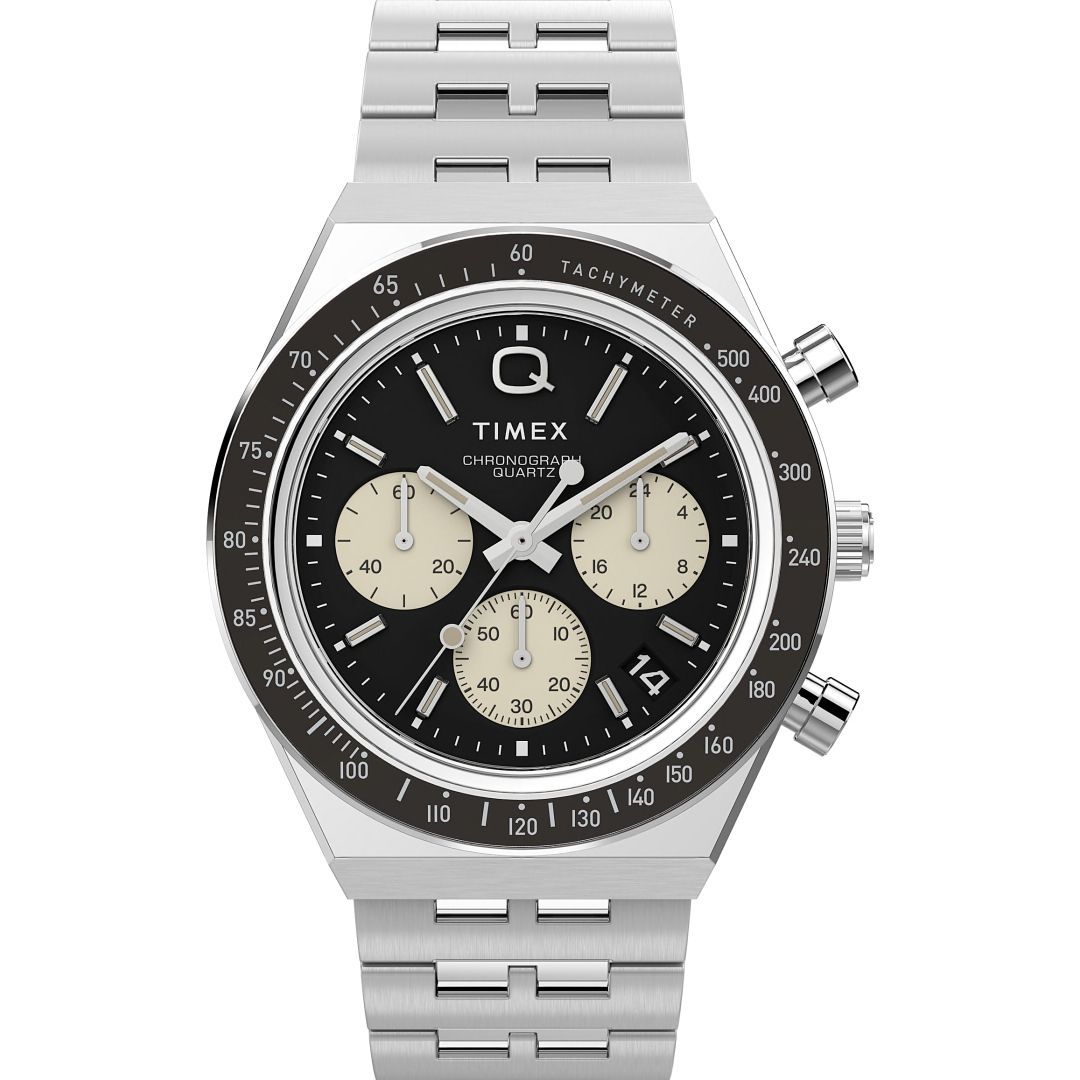 Just look at that thing and tell me you haven’t developed a sudden urge to whip around a track at top speed in some overpowered automobile. It captures the vibe perfectly, with its 40mm size, domed crystal, and vintage-y stainless steel bracelet. The Q Timex logo has even been tweaked making it feel less like branding and more like an integrated part of the design. For just $219, you’ll have a very hard time finding a chrono other than this that delivers so completely on both functionality (it is a Timex, after all) and aesthetics. That’s not exactly a surprise, given how well Timex has been doing with the Q Timex line overall, but it’s still nice to see a new entry that looks so damn good.

What is a surprise? That the Q Timex Chronograph is still in stock. These sorts of releases from the brand have a tendency to sell out, leaving procrastinators with nothing to do but face their disappointment. If you’d like to avoid such a sad fate, the best advice would be to move with all due speed to grab one for yourself.