In four years, Rolex will no doubt be celebrating the centenary of the first fully waterproof watch: the Rolex Oyster, which debuted in 1926. A hermetically sealed case made it possible to get it wet without fear of ruining the thing. A year later, in 1927, it tested the watch on the wrist of swimmer Mercedes Gleitze as she plowed her way through the waves to safety across 22 miles of the English Channel. The watch survived equally without incident.

In humankind’s urge to go faster, higher, and, of course, deeper, watchmaking technology and ingenuity have always been vital allies. When it comes to ocean exploration, that means continually pushing the boundaries of physics and metallurgy to make wristwatches function in ever greater extremes of water pressure. Rolex has been at the forefront, and just this week it launched a rather unexpected new addition to its fleet of tough yet luxurious tool watches: the Deepsea Challenge, which, in a surprising first for the house, is made in 100 percent titanium.

The name Deepsea Challenge has cropped up before; it was the watch used by director and celebrated marine explorer James Cameron in 2012 to dive the Mariana Trench. And it wasn’t worn but strapped to the operating arm outside his submersible vehicle. While it passed the pressure test with flying colors, that was a prototype rather than a production model. The new 50mm watch is the biggest Rolex has ever produced for public consumption. 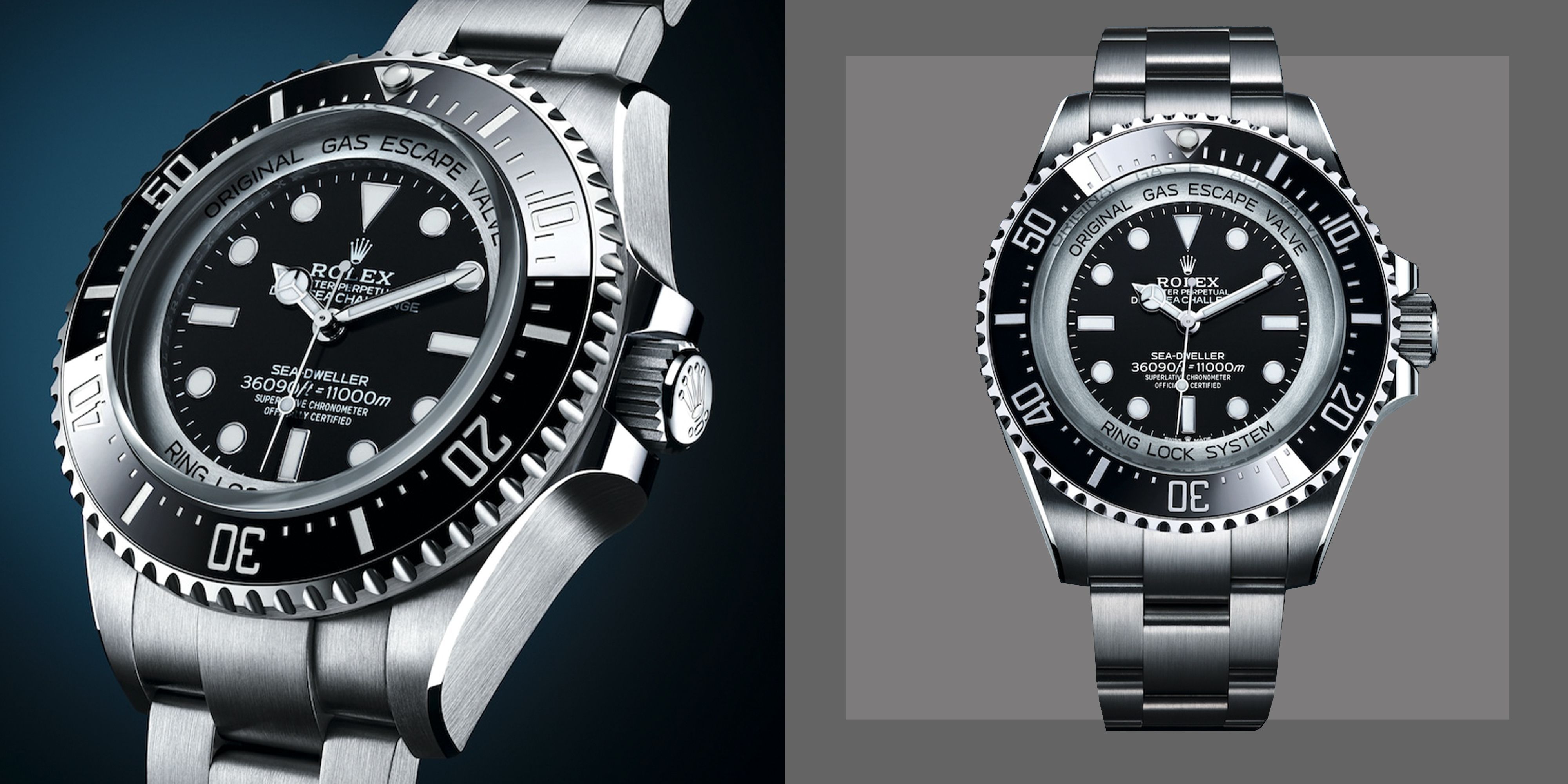 The use of titanium, while no doubt a major talking point today amongst Rolex lovers, is more a function of the architecture of a watch tested by Rolex to a far greater depth—nearly 14,000 meters—than even the 11,000-meter rating on the dial. Over-engineering is a hallmark of a handful of brands that wish to continually push the envelope in dive watches. Functionally, with titanium weighing somewhere around 30 to 40 percent less than the proprietary Oystersteel used for the brand’s steel watches, the weight saving makes a big difference in the wearability of a watch this size.

And the record-breaking depth rating is the real object of the exercise here. Make no mistake, this is a big watch entirely because of that. As well as its generous diameter, its thickness is a noticeable 23mm, largely dictated by the sapphire crystal. Both are governed by the rigors of immense water pressure at such great depths. Using titanium here instead of steel also allowed Rolex to slim down some key elements found in the original Cameron Deepsea Challenge (which was made in steel), including shaving millimeters off the sapphire crystal itself. Inside the watch, a 2007 Rolex-patented Ringlock system is a circular girdle of steel that sits between glass and case and dissipates pressure away from the crystal at increasing depth. 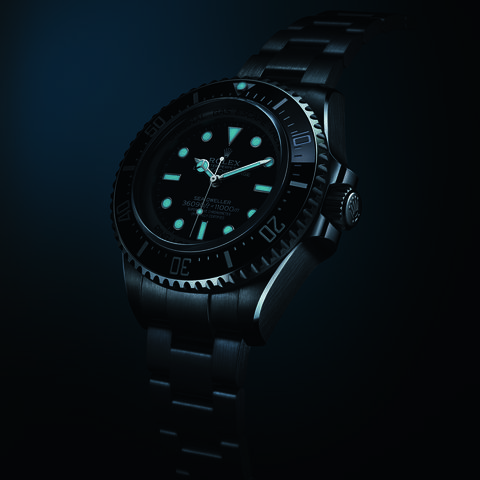 The Chromalight display of the Deepsea Challenge.

Aesthetically, the watch is a pleasing fusion of rugged tool watch elements—like its matte black dial—with more elegant and luxurious detailing, like the polished chamfers between the teeth of its rotating bezel. The grade 5T titanium case is satin brushed, which gives it a refined luster, where others might have micro-blasted it into a macho matte gray.

Engineering for depths that no human could ever reach alone may seem like a futile, ivory-tower sort of pursuit. Not at all. It is precisely this kind of mind-bending devotion to boundary-breaking that parallels in watchmaking the achievements of humanity. It’s also what keeps some brands ahead of the rest. Yet this is also fundamentally a watch that, even at 50mm in diameter, is meant to be worn above the surface of the oceans, too. At a price of $26,000 it will likely never be spotted millions of wrists. But you sure won’t miss it when you do see it.