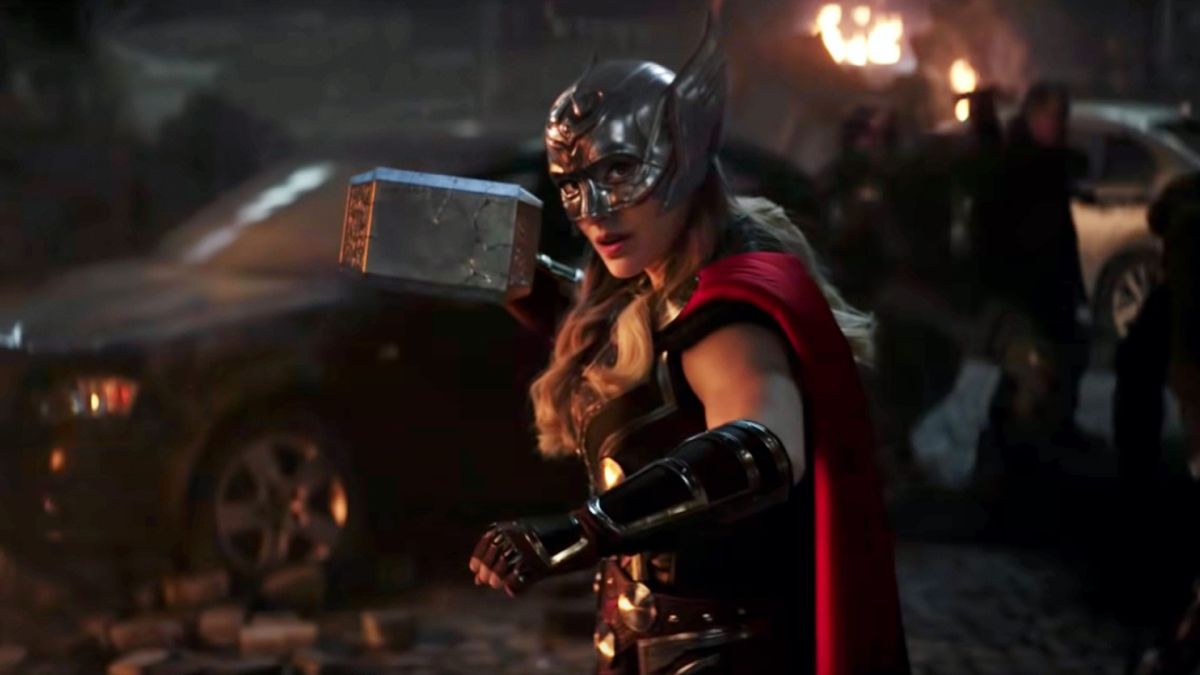 Looks like Thor is doing some heavy soul-searching in the first Thor: Love and Thunder trailer.

The long-awaited installment sees the return of Chris Hemsworth’s Thor as he takes time to work on himself now that he’s restored peace to Asgard – which has now become an earthly tourist destination. In the teaser, Peter Quill and the Guardians give Thor some vital life advice, reminding him to look into the eyes of the people that he loves. The 90-second clip ends with ex-girlfriend Jane Foster suited up as the new God of Thunder, taking over as Mighty Thor.

Tessa Thompson returns as Valkyrie, now the king of New Asgard, and Jeff Goldblum is set to star once again as the quirky Grandmaster. Christian Bale is making his Marvel debut as Gorr the God Butcher, with leaked merch giving us a first look at his villainous character. Russell Crowe will play Zeus, Olympian God of the Sky – so prepare for a lot of lightning.

The fourth Thor film initially had a November 5, 2021 premiere date, but ended up being one of several Marvel movies affected by pandemic-related delays. This is director Taika Waititi’s second MCU movie, the first being Thor: Ragnarok. Waititi previously said that Love and Thunder “might be the best Marvel film ever”, adding to the ever-growing hype.

Thor: Love and Thunder is set to hit theaters on July 8. For more, check out our handy guide on how to watch the Marvel movies in order or get ready for new releases with our guide to everything coming up in Marvel Phase 4.