On Friday night, Timothée Chalamet stole the show at the Venice Film Festival during the premiere of his new cannibals in love movie Bones and All by wearing a bright red sparkling backless pantsuit. The blood red look came with a matching scarf and was created by designer Haider Ackerman. Chalamet paired the outfit with dark leather boots featuring a small heel and wore a pair of black cat eye sunglasses as he walked towards the red carpet. 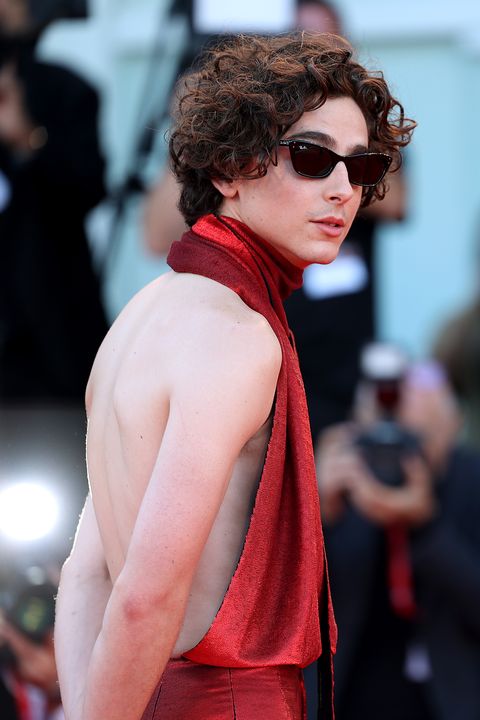 The film is directed by Italian filmmaker Luca Guadagnino, who featured Chalamet as one of the main protagonists in his award winning hit, Call Me By Your Name.

“The second I read it, I said, I think only Timothee can play this role,” Guadagnino said in an interview. “He’s fantastic, a great performer and to see him soaring the way he is doing now, I feel proud of him. And this character is something very new for him, both endearing and heartbreaking.”

Variety reports that Bones and All was well received by audiences at the showing, and that it does indeed include some graphic cannibalism. It apparently received an 8.5 minute standing ovation and viewers outside the event were chanting the director’s name. 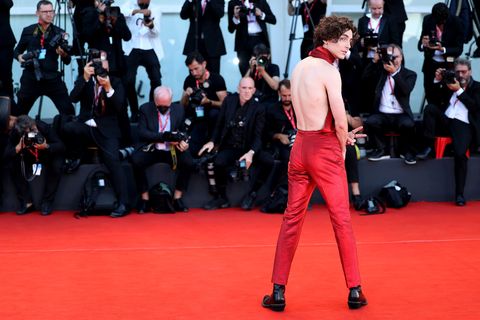 But people who have only seen Chalamet and not the movie have been reacting to his playful ensemble on Twitter, delighting in the avant-garde fashion choices on display in Venice.

A generous look is one everyone can have fun with. Chalamet tends to make bold fashion choices on the red carpet, and has recently been sporting more gender neutral and feminine looks, like the black Louis Vuitton womenswear jacket he wore to this year’s Academy Awards. In this instance, he was showing a lot more skin in front. 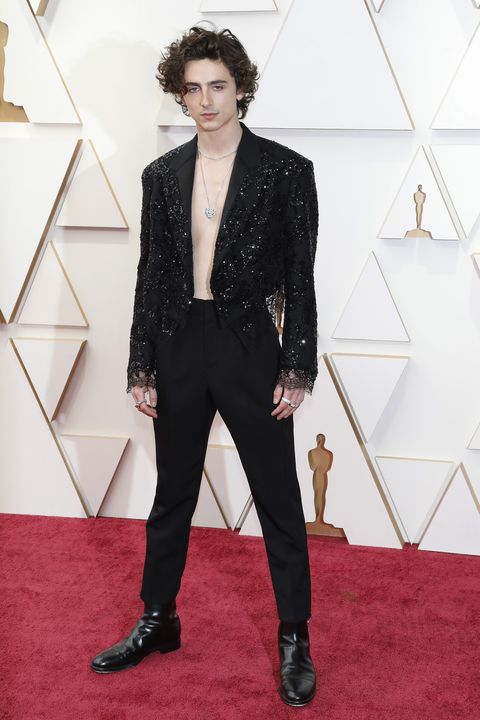 Bones and All will be showing in theaters on November 23, and Chalamet has given fans plenty of inspiration for what they might wear to see it.